Is the high-protein low-carb trend safe? 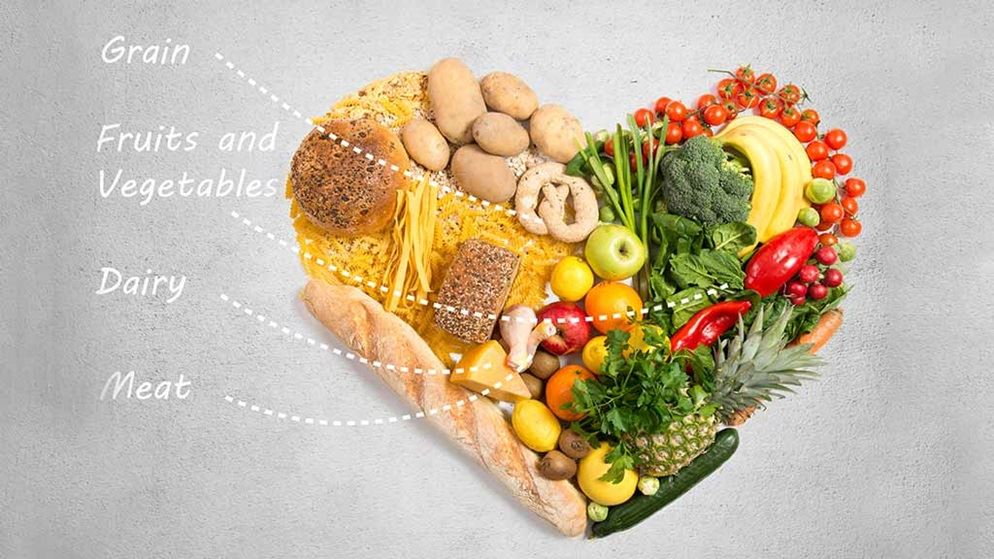 Are you getting more than enough protein?

With the growth of high-protein, low-carb diets like the Paleo diet, and the move into the mainstream of weight training, protein has become the new darling of health-conscious consumers.

Market research from the US and UK suggests that high-protein products are attractive to consumers for weight loss, satiety and post-training enhanced muscle tone. International research company Mintel also suggests that demand for high-protein products, in the US at least, is coming from people who are avoiding animal sources of protein for health, environmental or ethical reasons.

Health advocates agree that most people are getting as much, and often more, protein than they need. So what exactly is protein and is the high-protein trend dangerous?

Proteins are large molecules made up of amino acids, which are joined together in different patterns to create different proteins. There are about 10,000 types of proteins in the body, they are essential for the proper functioning of cells and are used as the basis of muscle, bone, skin, hair and other tissues.

The Recommended Dietary Intake (RDI) is around 0.8g/kg of body weight per day, so a 100kg man would need 80g per day.

"Most people can easily meet their protein requirements, even vegans," says accredited nutritionist Catherine Saxelby. "The problem with getting more than you need, is you end up with extra, empty calories. Unused protein becomes glucose, which can turn to excess body fat if you don't do enough exercise to burn it off."

Approximate amount of protein in foods per 100g:

A 2014 study suggested that a high-protein diet raised the risk of "all-cause mortality", but this was mainly associated with a high consumption of animal protein.

"Fresh meat like beef or lamb is a better choice than processed meats such as hot dogs, salami, bacon and ham, which are linked to an increased risk of bowel cancer," says Saxelby.

There has also been concern that high-protein diets may promote kidney damage but scientists have suggested that eating large amounts of fruit and vegetables could compensate for the acidity of the high-protein diet and prevent the kidney damage that has been seen in studies on animals. Other adverse side effects that have been associated with such diets include lack of energy, constipation, vitamin and mineral deficiencies and bad breath.

"There isn't enough evidence to show that high-protein diets are dangerous or safe in the long term," says Dr Alison Gosby from the University of Sydney's Charles Perkins Centre. "This is mainly because it's hard to get studies of people on long-term high-protein diets. These diets are unsustainable and people find it hard to stick to the diet for more than six weeks."

An appetite for protein?

New research from the University of Sydney suggests that regardless of age or BMI, humans have an instinctive drive to eat a certain amount of protein and will keep eating until the right level is consumed.

The research indicates this appetite for protein could be a key factor in the global obesity epidemic, as diets shift towards an increased proportion of processed foods that are higher in carbohydrates or fat, and lower in protein.

"When you consume things like soft drinks, which are fairly low in protein but high in kilojoules, if you haven't fulfilled your 'protein appetite', you'll keep eating more food until you get the protein you need and may end up consuming more kilojoules than you need," says Gosby, lead author of the research. "We don't know yet what is the exact level the body wants, but believe the RDI of 0.8grams per kilogram of body weight is probably the best amount to satisfy 'protein appetite'."

Gosby doesn't recommend increasing protein intake, but suggests that when trying to lose weight people should look at the type of food they are eating, not just total kilojoules.

Protein has been found to help weight loss in other ways, says Saxelby. "Foods that are naturally high in protein and thus have a low GI (glycaemic index) are slow to digest and help keep people full."

If you're full, you're less likely to snack, and anecdotally, people who've tried higher protein diets say they have a reduced craving for sweets. Eating some protein at each meal throughout the day is important to help keep hunger away.

There's also compelling evidence that a high-protein diet helps maintain lean muscle mass, which means you're less likely to lose lean muscle and more likely to lose fat. "However, the benefits of protein for weight loss only apply up to 1.6g protein/kg body weight [that you consume] per day. After that there are no benefits of eating extra protein," says Gosby.

What's the most nutritious source of protein?

There are two types of protein. Complete proteins are generally from animal products such as meat and dairy, which have all nine essential amino acids. "Essential" means the body can't produce them and they must be sourced from food.

Incomplete proteins come from plant sources such as rice, beans, peas, lentils, nuts, seeds, wheat, oats and corn. They may be low or lacking in one or more of the amino acids.

Soy, quinoa and amaranth are examples of complete plant proteins.

Protein for vegetarians and vegans

Previously, vegetarians, and in particular vegans, were told that they needed to eat a combination of incomplete plant proteins at each meal to make up a "complete protein" meal. However, as an article in the Medical Journal of Australia pointed out in 2012, if people eat a wide variety of plant-based proteins regularly they will get enough of the various types of amino acids and strict protein combining is not necessary.

"The only groups that we would be concerned about being vegan are toddlers under five and pregnant women because they may not get enough vitamin B12, iron and zinc from plant proteins. There have been cases of babies born with B12 deficiencies to vegan mothers," says Saxelby.

Vegetarians who eat dairy and eggs as well as plant proteins will get all the amino acids they need, says Saxelby. "Eggs are excellent – with lots of vitamins, minerals and protein. They are inexpensive and can be served in a variety of ways."

"Quorn, made from mycoprotein, a member of the fungi family that is grown by fermentation similar to the process used in the production of bread, yoghurt and beer, is a great vegetable source of protein," says Saxelby. It can be found in the freezer section of supermarkets. There have been some reports of gastric discomfort from Quorn, but Food Standards Australia and New Zealand it is not aware of any medically confirmed reactions to Quorn products in Australia. Consumers who may have had a reaction are advised to stop eating the food and see a medical practitioner.

Once favoured mainly by serious athletes and body builders, over recent years protein supplements such as powder shakes and bars have spread from gyms into the mainstream.

"People believe protein is magic and that they need as much as possible, especially when it comes to exercise and muscle building and recovery," says Accredited Practising Dietitian Zoe Wilson who specialises in weight loss and sports nutrition. "The marketing around protein powders gives protein an angelic glow, with claims like 'transformation-making protein', when in fact there are healthier and more affordable ways to get your protein."

Most protein supplements are made from soy, pea, or dairy-based whey or casein, and also contain additives such as vegetable gums, thickeners, artificial sweeteners and flavours, and soluble fibre (inulin).

Not only are these products no more effective than whole foods, they are generally more expensive and can be significantly higher in kilojoules.

When Wilson compared Swisse and BSc protein powders to a glass of skim milk or two eggs, she found that although the high-protein powders did provide more protein, they were higher in kilojoules and up to seven times the price of the milk or eggs.

"Suddenly protein is a glamour ingredient," agrees Saxelby. "I see a lot more young men are into weights and they tend to drink a lot of shakes because they are busy and don't have great cooking skills."

The problem with using protein shakes as a meal replacement, she says, is that drinking liquid calories is not like eating real food with naturally occurring fibre. The fibre added to protein powder and drinks is not normal fibre that you would get from grains, fruit and vegetables. It's often soy fibre, inulin or methylcellulose, which is extracted and purified – unlike whole foods with an intact cell structure that our bodies have to chew and break down.

Drinks are easy and quick to consume which means people may drink more kilojoules than they need.

"These very high protein products are not necessary for building muscle, as more protein doesn't mean more muscle," says Saxelby. "Men won't bulk up unless they are pumping enough weights to consume the extra calories. After training, foods such as low-fat flavoured milk or a small tin of tuna are a better choice."