Will low kilojoule sweetener stevia revolutionise the way we flavour our food? 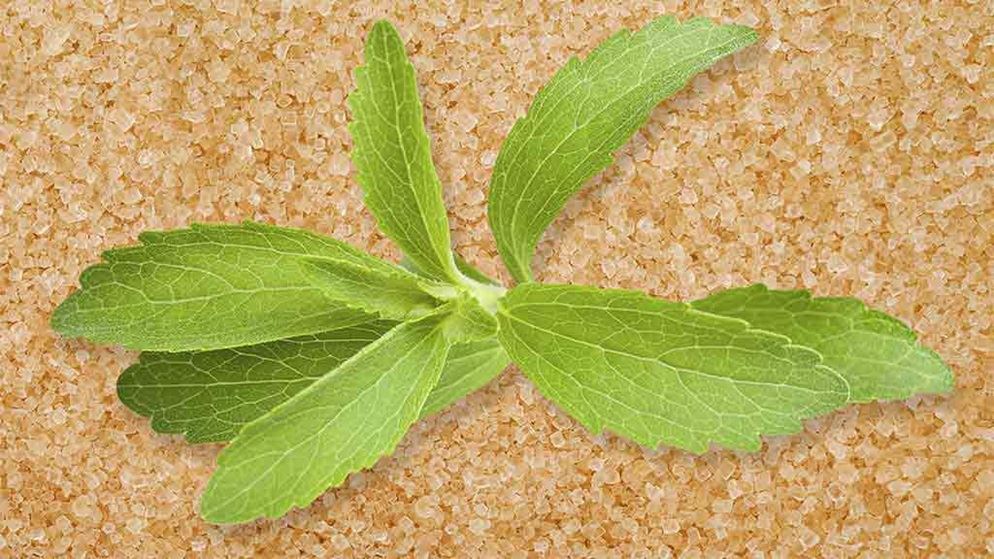 Stevia is a plant-based "natural" zero kilojoule sweetener that offers an alternative to artificial sweeteners.

Sugar seems to have eclipsed traditional dietary enemies, fat and carbs, as the substance to blame for global obesity. This, combined with the rising rate of diabetes, is driving consumer demand for sugar-free and reduced-sugar products.

Artificial or "intense sweeteners" such as aspartame, sucralose and saccharin, have been around for decades, but despite the fact there's no evidence to suggest they're harmful, consumer distrust of synthetic substances and fear of their various possible side-effects have led to an appetite for 'natural' sweeteners.

Stevia is marketed as a "natural" sugar substitute and is now on supermarket shelves in many different forms. The leaves of this South American shrub have traditionally been used as a food sweetener and added to tea.

Stevia is about 300 times sweeter than sucrose (white sugar) and is a non-nutritive sweetener (NNS), which means it has almost no kilojoules and, because of its low carb content, has a negligible effect on blood sugar levels.

Widely used in Japan for more than 30 years, stevia had a controversial start in the US, where it was originally approved only as a dietary supplement due to uncertainty around its safety. Finally approved as a food additive in the US and Australia in 2008, it received European Commission approval in 2011.

In Australia, the stevia market accounts for about 30 per cent of the low-kilojoule sweetener market, mainly in tablet, powdered, granulated and liquid form. But based on overseas trends, we can expect to see a proliferation of stevia-sweetened dairy and chocolate products, ice creams, jams, chewing gums and drinks here in the near future.

The main advantage of stevia over sugar is its tiny kilojoule load. Stevia-based sweetener Natvia is 4kJ, whereas sugar has 80kJ per teaspoon (5g), so adding it to your cuppa or home cooking can help shave kilojoules off your daily intake. It's also more tooth-friendly than sugar and its negligible effects on blood sugar levels make it a good choice for diabetics who want a sweet treat.

How natural is stevia?

In Australia, steviol glycosides — extracted from the stevia rebaudiana plant — are approved for use by Food Standards Australia New Zealand (FSANZ) as an intense sweetener under the food additive number 960.

Under the FSANZ code, there are no guidelines concerning use of the word "natural" for marketing food additives. But Dr Alan Barclay, spokesperson for the Dietitians Association of Australia (DAA), says the idea that stevia extracts are completely natural is misleading. "People are not buying pure stevia leaves straight off the plant – they are buying a highly purified extract that is usually blended with sugar alcohols and oligosaccharides such as dextrins."

Steviol glycosides do not taste like white sugar and have a bitter aftertaste that falls somewhere between liquorice and treacle. As a result, stevia cannot supply more than 50 per cent of the sweetness in a manufactured food or drink and still be palatable.

For this reason, steviol glycosides are often mixed with other substances to provide bulk, or improve taste and texture. This means the low kilojoule and low-GI benefits of stevia can end up being compromised by other added ingredients, including sugar, sugar alcohols, maltodextrin, unspecified "flavourings", lactose, croscarmellose sodium, sorbic acid, cellulose powder and silicone dioxide.

Compared with sweetener products from brands such as Equal and Hermesetas, which have flavours and other additives,

"Although erythritol does occur naturally, to obtain the amounts required it is actually produced by the food industry in manufacturing plants," says DAA's Alan Barclay.

Natural or not, the good news is that there is currently no evidence to suggest stevia is unsafe. The World Health Organization has determined a recommended daily upper limit of 4mg per kilogram of body weight per day – an amount most people would be hard-pressed to consume.

Stevia has been hailed as "a key ingredient in the fight against obesity" but, as Di Harvey from Diabetes Victoria points out, kilojoule-free sweeteners have been around for a long time yet have had little impact on obesity. She adds that low-kilojoule sweeteners also tend to be added to heavily processed foods that are high in kilojoules, refined carbohydrates and sodium, which should be minimised anyway.

While it's true that sugar is high in kilojoules and devoid of nutrients, evidence suggests our overall dietary patterns are more important in terms of weight loss than simply the amount of sugar we consume. Ultimately, Barclay says the evidence around the weight-loss advantages of low kilojoule sweeteners isn't compelling.

A systematic review in 2012 determined there is insufficient evidence that NNS used in drinks and foods reduce the consumption of added sugars and carbohydrate intakes, or that they benefit appetite, energy balance, body weight or cardiovascular disease risk factors.

"Rather than fixating on and excluding an individual food, such as sugar, people should focus on eating less of all foods to reduce overall kilojoule intake and eat more whole foods in their natural form," says Barclay.

In the ongoing debate about the pros and cons of sugar, there's some confusion about the difference between sugars that are added to foods and drinks, and those that naturally occur in whole foods.

Even fresh fruit has been caught up in the "all sugar is evil" whirlwind. The anti-fructose movement says that because fructose is metabolised differently from other sugars, it leads to weight gain. Avoiding fructose, they say, will inevitably lead to weight loss. White sugar contains 50 per cent fructose and 50 per cent glucose, so products with added sugar contain fructose.

Fruit also contains fructose, and anti-sugar campaigner David Gillespie has recommended eating a maximum of two pieces of fruit per day, arguing "there's nothing in fruit that you can't get in a vegetable but with significantly less sugar".

Dr Alan Barclay counters that "it's crazy to suggest people should limit their fruit intake when Australians eat, on average, only one piece of fruit per day – half the recommended minimum daily intake".

"Fruit not only has fibre but also potassium, which counteracts salt intake from other foods. You might gain weight if you ate more than seven or eight pieces of fruit per day, but that would be due to the extra kilojoules rather than the fructose itself," he says.

Dairy products can also appear to have high levels of sugar, but Barclay points out that the naturally occurring sugar lactose is low GI and helps with calcium absorption. The issue with dairy products is that the nutrition panel only shows the total sugars, so it's hard to tell what proportion, if any, of the sugars are added. However, 100mL of milk has about 6g of lactose and natural yoghurt has about 5g – any additional sugars may come from fruit or added sugar.

Make sure you check the ingredients. Foods such as yoghurt may also boast they have no added sugar, when in fact they're sweetened with puree or concentrated juices that jack up the kilojoules.

Are there healthier alternatives to cane sugar?

Perceived as healthier than white sugar, honey, brown sugar, maple syrup and agave syrup (derived from a Mexican succulent) usually contain small amounts of vitamins and minerals, as well as some antioxidants. However, despite small variations, these sweeteners still have a similar nutritional and kilojoule profile to sugar, so if you choose these as a substitute you'll still be receiving a similar kilojoule hit.