Sure they pack a punch, but are they really super? 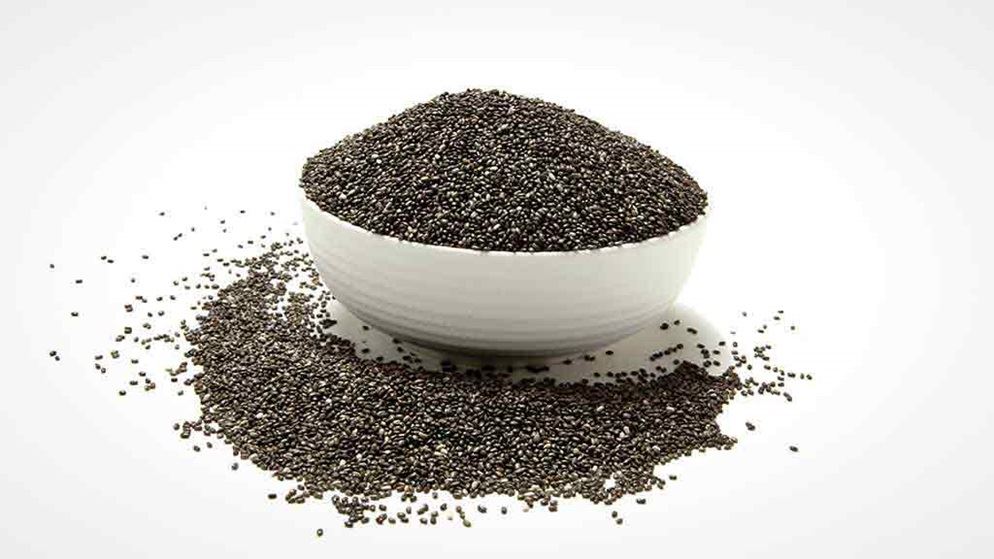 Bakers Delight has a chia bread product range; celebrity chef Pete Evans has created a chia seed range for food chain SumoSalad; Boost Juice makes a smoothie that contains chia; and it's now a key ingredient in many products you can buy from your local supermarket too – milk, bread, juice, microwaveable rice, jam, yoghurt and snack bars, just to name a few. It's even making an appearance in dog food!

If the ever-increasing list of chia-containing grocery items is anything to go by, it's the current favourite in a long line of so-called superfoods. But does it actually deserve its superfood status?

Chia seeds are derived from the desert plant Salvia hispanica, a member of the mint family. These black or white versatile seeds can be eaten raw or added to dishes. And though tiny, they pack a hefty nutritional punch.

Given these impressive nutrition credentials, it's not surprising that chia is commonly spruiked as a "super" food. If you're to believe the hype, eating chia can help to achieve joint, heart and brain health, weight management and provide longer-lasting energy, among other benefits.

But you can't always take the marketing of chia at face value. For example, claims that it has "nine times more omega-3 than salmon" – while possibly accurate – don't give the full picture, as the form of omega-3 in marine sources is more readily used by the body.

Limited research suggests that including chia seeds as part of a healthy diet may help improve cardiovascular risk factors, such as lowering cholesterol, triglycerides and blood pressure. And although claims of weight loss may be far-fetched, the claim that chia helps you feel fuller for longer is likely more valid, due to its high fibre and protein content.

The main issue with making too many health claims about chia is the lack of definitive evidence around it. "There aren't many published studies on the health benefits of consuming chia seeds, and much of the available information is based on animal studies, or human studies with a small number of research participants," warns Charlene Grosse, Accredited Practising Dietitian and spokesperson for the Dietitians Association of Australia.

Should we be eating more chia?

Some people can certainly benefit from eating more chia. "For those needing to increase their fibre and/or omega-3 intakes, consuming chia as part of a healthy balanced diet can be a way to achieve this," says Grosse. For people eating strict vegetarian (or vegan) diets in particular, for whom nuts and seeds play an important role as an alternative to meat, fish and eggs, chia's fat profile, protein and calcium content make it a valuable option.

Chia ticks many nutritional boxes, and its versatility is a bonus. But it's not magic. For most of us, the main benefit of including chia in the mix of our diet is to increase interest, variety and the range of nutrients we're exposed to.

Where to get chia and how to use it

Products with added chia are readily available in supermarkets. If it's the omega-3 you're after, the ones we checked out that mention omega-3 on their packaging are all reasonable sources, containing at least 200mg of ALA per serving.

Chia sometimes appears in the name of a product, but omega-3 doesn't rate a mention on the label. This makes us wonder if it's there in any significant quantity. While there are reasons other than nutrition for including chia in food – texture, for example –  there's a chance its inclusion is purely a marketing ploy to cash in on the "health halo" the ingredient attracts.

If you're keen to incorporate more chia in your diet, don't limit yourself to packaged products. You can add chia seeds to just about anything – muesli, smoothies, yoghurt, salads – and their neutral flavour means they won't alter the taste, although they do add texture that some may find a little gritty.

Chia seeds become quite gelatinous when added to a liquid, so they're even suitable to use as an egg substitute in baking.

The internet is awash with chia recipes, from salads to muffins, pizza bases to jams. The only limit to its use in food is your imagination.

From Aztec to Australia

Reportedly first used by the Aztecs, chia is sometimes labelled as an ancient grain, joining the likes of quinoa, amaranth, kamut, freekeh and spelt. Along with quinoa and amaranth, chia has also been classed as a pseudocereal – a non-grass plant whose seed can be ground into flour and otherwise used as cereal.

When the Aztec civilisation disappeared, so did chia. Now one of the world's biggest chia producers is right here in Australia, in the Kimberley region of northern WA.

Chia in a pod?

Chia pods, a breakfast product made by The Chia Co, are a nutritious and convenient way to add chia to your diet. They cost around $2.30 per 100g (our local supermarket charged us $3.97 for a 170g pod). But you could have a go at making something similar yourself.

Mix two tablespoons of chia seeds with a 400mL tin of coconut milk, half a teaspoon of vanilla extract and a quarter teaspoon of cinnamon. Cover and leave in the fridge overnight. This recipe makes the equivalent of more than two 'pods', and cost us about 60c per 100g (excluding the cinnamon powder and vanilla extract).