Can turmeric and its extract curcumin really reduce pain, lower cholesterol and blood sugars and improve your brain? 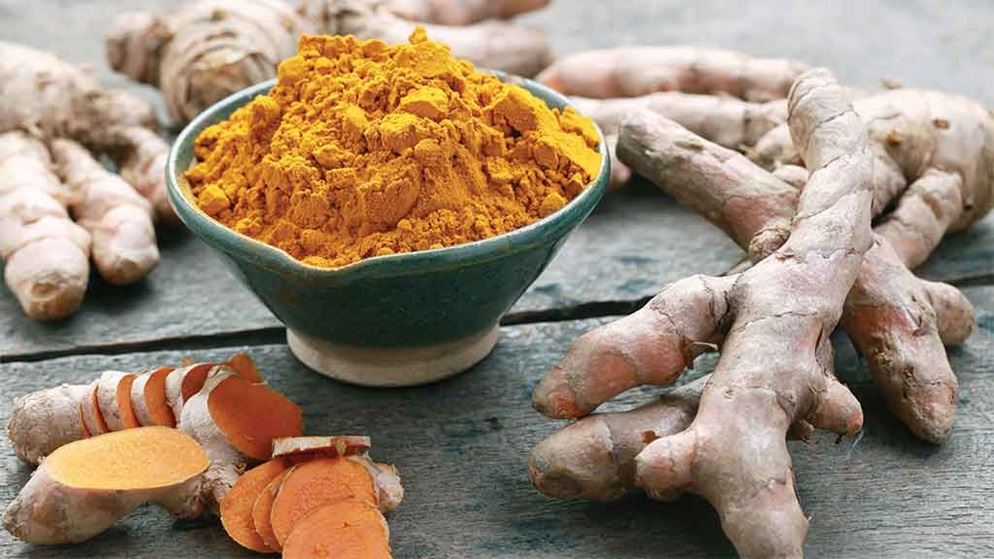 Should we curry favour with turmeric?

Once confined to the spice rack to add to curries, turmeric is now turning up in everything from muesli and kombucha to wafer crackers and flavoured nuts. 'Golden lattes' (made from turmeric)must  feature on the menu of any self-respecting hipster cafe, and it's also available as a supplement in your choice of capsules, tablets or gummies.

So, what's all the fuss about?

Want to make your own curry paste? Our mini food processor reviews compares brands including KitchenAid, Magimix, Sunbeam and Cuisinart.

What's it good for?

This yellow spice, prepared from the root of a plant called Curcuma longa, has widespread use in Indian and South East Asian cuisine. It has a warm, bitter taste and is frequently used to flavour or colour curries and a range of other foods including mustards, butters and cheeses.

Turmeric – specifically, its extract curcumin – has also been used in both traditional Indian (Ayurvedic) and Chinese medicine to treat a range of ailments affecting the blood, liver, joints, immune system, and digestive tract. Not only is it thought to provide pain relief, it's touted as a potential cure for diabetes, heart disease and even cancer.

But does turmeric's golden reputation stand up to scrutiny?

For joint pain and arthritis

Probably the most common use for curcumin supplements sold in chemists, health food stores and supermarkets – according to the label claims – is to help reduce inflammation and relieve joint pain associated with arthritis.

Results of a 2016 systematic review and meta-analysis of eight randomised clinical trials (of mixed quality, with sample sizes ranging from 45 to 367 people) suggest that turmeric extract may be helpful in the treatment of arthritis, especially osteoarthritis.

The review reported that in the three trials using a placebo as a control, daily curcumin supplementation over six to eight weeks resulted in reduced pain compared with placebo. But it also found that the effect on pain wasn't significantly different between curcumin and commercially available anti-inflammatory pain medicine such as ibuprofen in studies where they were used.

For heart disease and diabetes

The researchers found that turmeric and curcumin significantly reduced blood LDL and triglycerides so may protect patients at risk of cardiovascular disease.

Another meta analysis set up to evaluate the effect of turmeric on blood sugar levels reviewed 11 studies where in total 1144 participants were randomised to receive either curcumin or a placebo. It found that curcumin supplements helped lower the blood glucose concentrations of people with pre-diabetes, diabetes or metabolic syndrome, but not in healthy individuals.

There's growing interest in the use of curcumin as an antidepressant. A 2017 meta-analysis reviewed six clinical trials encompassing a total of 377 patients with depression, comparing the use of curcumin with placebo. It found that curcumin significantly improved depressive symptoms in patients.

Dr Adrian Lopresti of Perth's Murdoch University is a clinical psychologist who conducts research in this area, and is the author of one of the trials reviewed in the analysis. "In my double-blind, placebo-controlled studies curcumin has been shown to effectively reduce depressive and anxiety symptoms in adults with mild to moderate depression," he says.

Curcumin is also showing potential for improving cognitive function. For Professor Andrew Scholey, director of the Centre for Human Psychopharmacology at Swinburne University it was epidemiology that kicked off the idea that curcumin might provide important benefits for memory and mood.

"On a population level we know that people in India, where consumption of turmeric-containing foods like curries and dahl is high, are less prone to cognitive decline. There may be other reasons for it, but the curcumin seems to have an effect," he says.

In 2015 his research team published the results of a clinical trial on 60 healthy adults aged 60–85. "We found curcumin improved people's performance on various memory tasks within a few hours of taking it, compared with placebo," he says. This randomised, double-blind, placebo-controlled trial also found that working memory and mood were significantly better after four weeks of treatment. The study was funded by the manufacturer of the turmeric supplement used, but Scholey advises it had no input into the study design or its findings.

But it's not definitive

Although some of the research looks promising, there are issues worth considering before you fork out on curcumin supplements.

One of the major limitations of curcumin use in humans is that it's poorly absorbed – the body quickly processes and excretes it. Curcumin's poor bioavailability, along with its reputation for being unstable and reactive (it can give false positives in drug screening tests), has prompted some researchers to warn that positive outcomes of trials suggesting a therapeutic effect may not necessarily be attributable to curcumin.

Chemists have found ways to enhance the bioavailability of curcumin, such as encapsulating it in lipids (fats) or combining it with piperine (the substance in black pepper that gives it flavour), although the improvement in bioavailability varies depending on the approach.

It's possible that bioavailability-enhanced supplements are more likely to be beneficial than those that aren't, but don't rely on drinking turmeric-laced lattes or eating the occasional handful of turmeric dusted nuts to deliver a significant dose of curcumin. It also has a very short half-life, so unless you're consuming it regularly – as in a traditional Indian diet which might include turmeric twice a day – it's difficult to maintain blood levels of curcumin.

Many of the clinical trials using curcumin have been conducted with small sample sizes and are short in duration. Even if it's a good quality randomised placebo controlled trial, a limited number of participants reduces the strength of the evidence. It's difficult to draw a conclusion on a beneficial dose and how long to take curcumin, or even the population group that can benefit the most from curcumin.

Authors of a number of the studies themselves suggest small sample sizes and other issues with methodology mean there isn't sufficient evidence to draw definitive conclusions about the effectiveness of curcumin and that more rigorous and larger studies are needed.

So are turmeric supplements worth buying?

It's very hard to compare curcumin supplements as they vary widely:

Until more high-quality randomised controlled trials are conducted to confirm the benefits of curcumin supplementation, it's probably best to simply include turmeric spice as part of a healthy, nutritious diet.

Does turmeric have side effects?

Turmeric is generally thought to be safe. However high doses or long-term use of turmeric may cause gastrointestinal problems including nausea or diarrhoea.

It's also advised not to take turmeric supplements when pregnant.