SPF 50+ sunscreens put to the test

We tested a small sample of sunscreens from various brands, and were surprised to find that some products didn't even come close to their SPF 50+ claims. 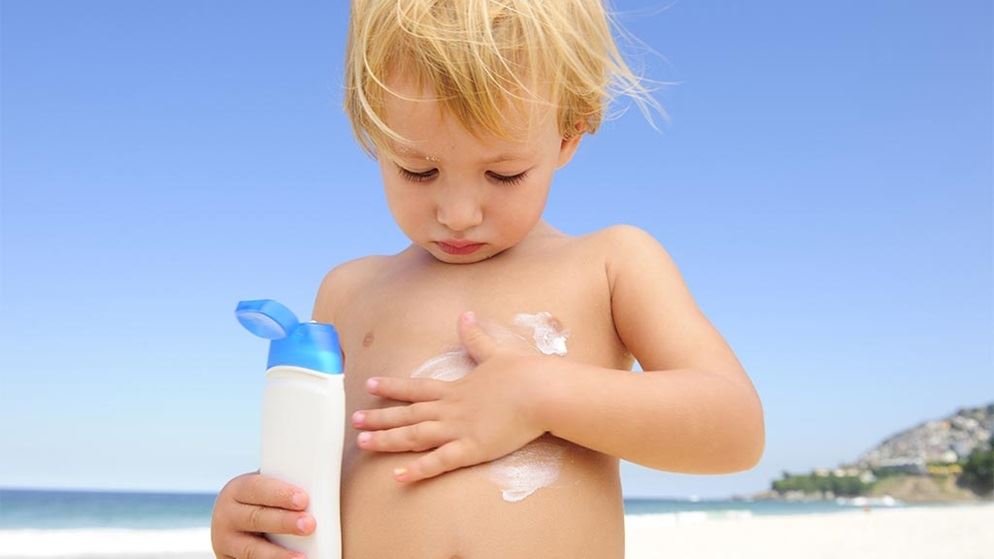 Putting the heat on SPF claims

We tested six SPF 50+ sunscreens and found most didn't live up to their SPF claims. In fact, only two products passed our test.

Australians have one the highest rates of skin cancer in the world, making sunscreens an essential part of our lives. Unlike many countries, where sunscreens are considered cosmetics, Australia regulates sunscreens as medicines: to be sold, they must be listed with the Therapeutic Goods Administration (TGA), and in order to be listed, manufacturers have to test the product according to the Australian Standard to ensure it meets its claimed SPF (sun protection factor).

In the past we've been confident that this level of regulation would protect consumers, and have always advised that if it's sold in Australia, it meets the standard and that you can be confident all sunscreens meet their SPF claim.

But after being tipped off that some products just don't contain enough active ingredients to meet the SPF 50+ claim, we decided to put sunscreens to the test.

We tested six SPF 50+ sunscreens in late 2015 and found most didn't live up to their SPF claims. Products were from different brands, comprising general purpose, sports and kids' sunscreens, and were tested according to the Australian Standard. Only two met the label claim of 50+. Of those that didn't meet their claims, three offered at least 'high' protection, with a rating of SPF 30 or higher, and the last product achieved SPF 29. (Since the testing, some of the products have been reformulated, so we haven't included any brand names here.)

Read more about how sunscreens are tested.

Manufacturers stand by their claims

After testing, we contacted all the manufacturers of the sunscreens with our results. Some manufacturers disputed our findings, producing test certificates showing that their product met the claimed SPF using the same test method, which is outlined in the Australian standard.

Possible reasons for manufacturers getting results different from ours include:

The TGA, however, argues that none of these issues should cause the SPF differences we encountered. A spokeswoman told us, "Unless the formulation changes – which would require the product to be tested again for SPF – there is no reason ... a formulation that met a particular SPF value several years ago would not meet the same SPF value if tested now."

She added that when a sunscreen formulation is developed, the initial batch sent for testing is expected to be representative of the finished product in terms of composition, manufacturing method, packaging material and stability characteristics – as is the case for all medicines.

"If these requirements have been met, the SPF characteristics of the pilot/validation batch and the commercial size batch are not expected to be different."

But bad batches and dodgy storage aren't the whole answer.

CHOICE isn't the first consumer organisation to find that our sunscreen test results differ from those achieved by manufacturers, despite the fact that labs are supposedly testing to the same standard:

Right now, it seems that one lab's SPF 50+ isn't the same as another's.

In fact, the issue of different labs getting different results is longstanding and well-documented – and not restricted to consumer organisations choosing the 'wrong' labs.

The power of suggestion

Take, for example, these tests organised by Procter & Gamble (which makes personal care and health products) in the US:

An expert from the lab we used also voiced concerns about data from one particular lab in the US, which is used by some manufacturers here. The numbers suggested that people without sunscreen burn in a very short time – around two minutes, sometimes even less – potentially making the protection offered by the sunscreens tested look much more powerful than it really was. (By way of comparison, our lab recorded a minimum equivalent of six minutes for a very fair-skinned person, and an average of seven to eight minutes.)

The problem with varying results also seems to be more pronounced with higher SPF products, where tiny differences in measured UV protection amount to big differences in SPF rating.

See our guide to buying and using sunscreen for more expert advice on choosing the right sun protection.

Why does it matter?

Whatever the actual numbers, clearly not all SPF 50+ products are the same, and some protect better than others.  Given that most people – as many as 85% – don't use enough sunscreen, applying a true SPF50+ product will better allow for some user error.

Sunscreens with an SPF of around 30 – a level met by all sunscreens we tested – will still give most (though not all) people the equivalent of at least five hours' protection, but only if they're used correctly and reapplied every two hours, and after swimming or sweating. But you're at risk of burning quicker than you would with a 'true' SPF 50+ product.

How are sunscreens tested?

Sunscreens are tested for SPF on volunteers. The Australian Standard for sunscreen testing (AS/NZS 2604: 2012) requires that sunscreen is applied at a rate of 2mg per square centimetre of skin. After being carefully measured out, the sunscreen is evenly spread over an area of the person's back and allowed to dry for 15 minutes. A similar size area is measured out and left unprotected.

A special lamp that simulates the ultraviolet spectrum of the sun is shone on different positions in the test area for varying amounts of time, both in the sunscreen area and an unprotected area. The next day, assessors determine the smallest dose of UV light required to cause redness in both the protected and unprotected areas, and this is used to determine the SPF provided by the sunscreen. Ten people are tested for each sunscreen, and the SPF results are averaged.

For a sunscreen to rate 50+, it has to achieve a minimum SPF of 60. That means the dose of UV light administered before burning occurs is at least 60 times greater for the sunscreen-protected skin than the unprotected skin.

Products that claim to be water resistant undergo a similar procedure. But after the sunscreen is applied and allowed to dry, the person sits in a spa, getting in and out at regular intervals for the duration of the time that the sunscreen claims water-resistance (usually four hours). After this, the UV light is applied as per the regular testing method, and then their skin is assessed the next day.

The human element may account for some of the variation in test results, explains Craig Sinclair, chair of Cancer Council Australia's Public Health Committee.

"Current testing guidelines include human subjects, so we have to expect some variability. The standard involves testing how long it takes for human skin to burn when the sunscreen is applied. Different individuals can burn at different rates, resulting in different results in small sample sizes. In future, hopefully we will have better ways of testing sunscreen that won't involve variable human factors."

Spray sunscreens put to the test

We also planned to test some aerosol spray sunscreens.

The problem was getting the product out of the can and on to the subjects' backs at a rate of 2mg per square centimetre – as per the standard. This is pretty straightforward with a lotion or cream – you simply weigh the required amount and apply. When spray sunscreens are tested prior to going on sale, they're tested the same way, by weighing the sunscreen component before it's canned with propellant added.

Weighing the product after it comes out of the can is a lot more difficult, and there's no specific method for testing canned products in the Australian standard.

There are other concerns about spray sunscreens, but as they remain a popular product, CHOICE would like to see a protocol for testing aerosol spray sunscreens added to the standard, so that there really is a way to monitor the suitability and effectiveness of these products.

We're concerned about the lack of consistency between test results when the products are supposedly tested the same way. And while manufacturers may be satisfied that their products meet SPF label claims if their chosen lab says so, we disagree. We think the products should meet the claims at any test lab at any time – including after they've hit the shop shelves.

The US regulator, the Food and Drug Administration, recommends that samples of sunscreens with an SPF claim higher than 50 are tested at multiple laboratories using the same test method – something we'd like to see Australian manufacturers do.

To ensure compliance, and to check that transport and storage conditions don't affect a product's SPF over time, we'd like to see our regulator, the TGA, play a greater hands-on role in testing sunscreens, and in validating test results. And we think this should include random tests of products already on the shelves.

Making the most of your sunscreen

The biggest impact on a sunscreen's SPF is how it's used – most people don't apply enough, and don't reapply often enough. You can optimise the performance of your sunscreen by: