Is a Thermomix worth it?

Whether you're forking out for the original or a competitor, this is no impulse buy. 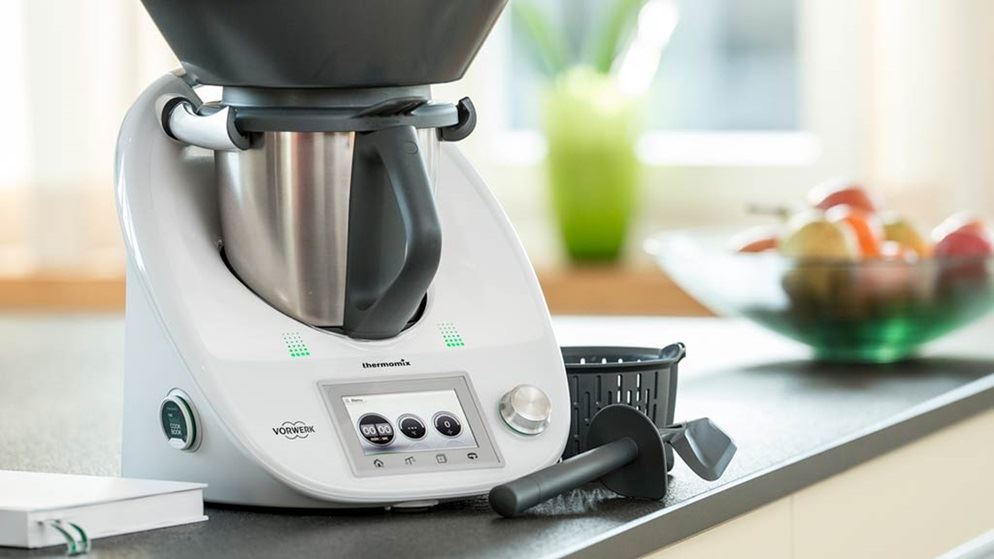 With a hefty price tag, adding a Thermomix to your kitchen collection is no impulse buy. And with plenty of new competitors now on the market at a range of price points, you'll be wanting to weigh up your options and work out if one of these machines is for you.

Update: Some TM31 models were subject to a 2014 recall due to a faulty sealing ring which could cause hot liquid to escape. Affected customers should have been sent a replacement, but all Thermomix users should check the ring regularly for wear and tear, and replace it every two years: Thermomix sealing ring replacement.

Thermomix in Australia was fined $4.6 million in April 2018 for misleading customers about the burn risks of their TM31 model. CHOICE found the TM5 Thermomix to be an excellent all-in-one kitchen machine but we suspended our recommendation due to substandard customer care.

Video: CHOICE's Kate Browne reveals whether her Thermomix was worth the expense

Like plenty of people, my partner and I did a lot of reading and research before deciding to bite the bullet and buy our Thermomix. But despite my excitement I have to admit that I was still nervous that I'd just bought an extremely expensive dust collector.

So, a couple of years into having this fancy looking piece of equipment on my countertop, is my Thermomix more likely to be collecting dust or cooking dinner? While the best answer to that will be found in our expert kitchen test, here are some of my overall impressions:

Compact:
Unlike other kitchen appliances that need to be dragged out and pieced together every time you need to use it, the Thermomix is surprisingly compact with minimal parts. It's designed to live on the benchtop and with a flick of a switch it's ready to go.

Hands free:
As a mum of two young kids I've lost lost count of the meals I've burned or overcooked, having been called away from the stove to break up a fight, clean up spilled drinks, or carry around a clingy toddler. As for meals that require constant stirring like risotto or polenta – they were off the list altogether. The Thermomix is set-and-forget, with a timer and the ability to stir while cooking. This, best of all, means no burning.

Veggie smuggling:
If you've ever battled to get your kids to eat their veggies, the Thermomix is a great partner in crime when it comes to sneaking vegetables into meals. With a powerful set of blades it can pulverise carrots, celery, broccoli and more which can be blended into pasta sauces, risottos and soups. So far, even my fussiest eater is none the wiser.

Cooking from scratch:
Even a reluctant baker (me) has been coaxed into cooking from scratch with this machine. Muffins can be whipped up and shoved into the oven in minutes. Biscuits and even pastry are equally easy and fast. Other fast favourites include smoothies and juices – all whipped up in seconds.

Cooking for dummies:
The guided cooking functions mean that even a complete kitchen novice can follow the step-by-step instructions and produce some pretty impressive basic dishes such as pizza dough or biscuits.

Making other things:
If you're feeling adventurous you can even use your Thermo to whip up things like your own laundry detergent, body scrub and moisturiser.

The not so good

While the Thermomix can do a lot, it doesn't do everything.

Cooking:
It can't brown or caramelise, and if you want to slow cook something the timer only runs to a maximum of an hour.

Ice cream?
While the machine can certainly beat ice-cubes and whatever takes your fancy into a delicious sorbet – it doesn't really make a true ice-cream (despite some misconceptions out there).

Taste:
While the food it cooks is tasty, I personally don't think you can get the same subtlety of flavour as you'll get on the stovetop.

A different way of cooking:
Learning to cook differently is a bit of a drag at first. It took some time, effort and practice to learn how to get the best out of my machine.

Horses for courses:
If you aren't time pressured and love to spend an hour sipping wine and lovingly stirring your risotto then this may not be the machine for you. But if you're time poor and want a kitchen workhorse, a Thermomix or one of the new all-in-one kitchen machines on the market might be a savvy buy.

Considering a Thermomix, and want to know how it compares to any of the new thermal blenders on the market? Read our all-in-one machine and Thermomix reviews.