Is this "superfood" all it's cracked up to be? We look at the health claims of ACV to see if it can help you lose weight. 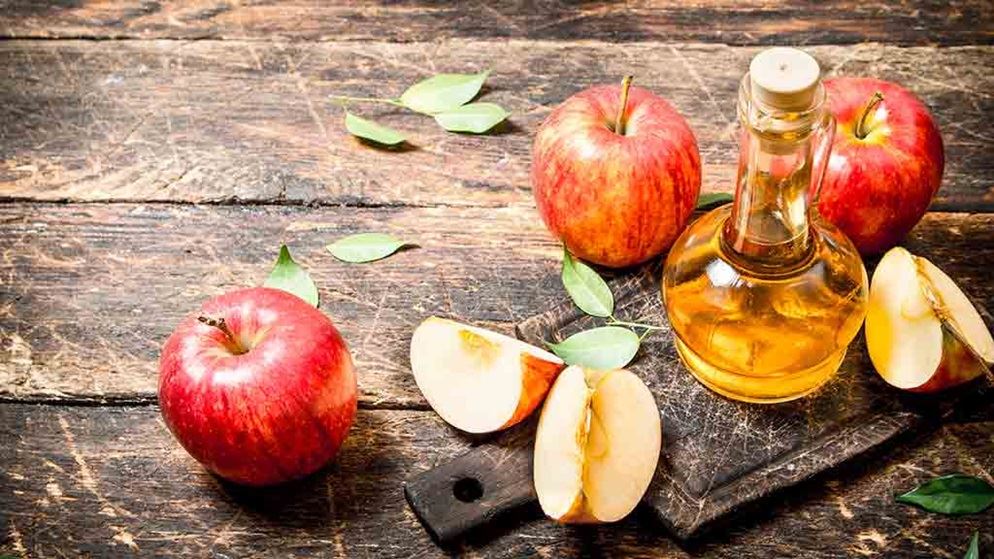 Step aside coconut oil – your time in the sun as the superfood of choice is over. This season it's all about apple cider vinegar, the latest "health" food that's here to save us from just about anything that ails you.

But does it really work? Is it worth trying to get down a grimace-inducing shot before brekky all in the name of general health? Or is apple cider vinegar – a bit like its mate coconut oil – just another "superfood" that isn't so super when you take a closer look?

What even is apple cider vinegar?

In the last year or so the wonders of ACV – that's apple cider vinegar to those of us who aren't in the superfood biz – have been espoused everywhere from Reader's Digest and 'Dr. Oz' TV segments to health and diet articles on social media. Even friends and associates have been sharing their tales of knocking back acidy shots of the stuff in the name of weight loss, appetite suppression and controlling sugar cravings.

Unlike white, red wine or even black vinegar, apple cider vinegar is made out of fermented apples. Apples are chopped up, covered with water and left until the natural sugar ferments and forms ethanol. The bacteria then converts what is essentially alcohol into acetic acid and there we have what is known as apple cider vinegar.

Its distinctive cloudy-brown colour is due to it being unstrained and containing strands of protein material often nicknamed "the mother", which is a mix of proteins and bacteria that look a bit like cobwebs floating in the liquid (not unlike the scoby you'd find in kombucha).

And just like kale, coconut water and coconut oil there is nothing new about apple cider vinegar either – it's been around for a long time and was a popular ingredient in folk medicine for centuries. This might go some way towards explaining some of the medical miracles it's meant to provide. Nutrition scientist Dr Tim Crowe says he's not surprised at all that ACV is back in vogue.

What are the health claims?

For such a humble bottle of brown fluid (that admittedly tastes pretty nice in a salad) there are plenty of health claims surrounding this product. Some are pretty grand – a quick Google search reveals it "can reduce the risk of cancer" while other claims are that it "fades bruises" and "gets rid of dandruff". We also found online articles claiming apple cider vinegar can kill head lice and give you more energy, but the three most common claims that get peddled around are that apple cider vinegar can help with weight loss, control blood sugar and be a good source of potassium.

We decided to take a closer look.

While knocking back a serve of vinegar sounds a little less than tasty, it's an easier solution to weight loss than the hard work of diet and exercise. The bad news is that evidence of apple cider vinegar helping with losing weight is as murky as the liquid in the bottle.

The mass of claims that a shot of ACV will blast belly fat and reduce hunger pangs has actually come from just one or two small scientific studies with less than stellar outcomes.

One study from Japan showed that a group of overweight men and women who drank two ACV drinks a day saw their weight fall by just one kilo over a period of three months.

In the UK, another study explored whether taking vinegar can work as a natural appetite suppressant. The subjects of the study were offered a pleasant-tasting vinegar drink, a not-so-nice vinegar drink or a non-vinegar drink. Those who had the vinegar drinks reported feeling slightly nauseous afterwards, which not surprisingly, dampened their appetite. Even less surprising is that the horrible-tasting drink had the greatest effect on reducing appetite.

Another claim that is hard to miss is that apple cider vinegar will reduce blood sugar and insulin levels.

There have been a few studies examining the effect that apple cider vinegar can have on blood sugar. One small study saw volunteers adding vinegar to their meals, which did help reduce glucose and insulin levels. Another study found that people with type 2 diabetes were able to reduce the rise in blood glucose by adding vinegar to their meals, although this was only effective with high glycaemic carbohydrates.

According to Crowe, here's the kicker: "Helping improve blood sugar is the only claim that is supported by reasonable evidence and it does this because vinegar slows down the digestion of carbohydrates by reducing the activity of carbohydrate digesting enzymes. But so does any old vinegar – there's nothing special about ACV."

Do you know how much sugar you're eating? We explain why we think added sugar should be labelled.

Claim 3: it's high in potassium

We looked at a couple of popular brands of apple cider vinegar and several didn't list potassium in the ingredients at all. The well-known brand Braggs is labelled as containing 11mg of potassium per serve (which is a tablespoon). As the recommended dietary intake of potassium is 2800mg per day for women and 3800mg per day for men, you would have to chug litres of the stuff to get anywhere close to that target.

So if you think you need to up your potassium you'd be far better off eating a banana or a potato instead (and skip the coconut water).

So should I be drinking it?

Apart from it making a nice salad dressing or even working as a floor cleaner, there aren't any compelling health reasons to be taking apple cider vinegar in shot, diluted or even pill form.

And beyond that, there are actually some pretty compelling health reasons NOT to be doing it, too.

He says apple cider vinegar contains acetic acid and has a pH of around three, therefore it can dissolve the tooth structure when it comes into contact with the teeth. He says frequent consumption can dissolve tooth enamel completely and expose the second softer layer of tooth which is called the dentine. "If the erosion is severe, this can lead to the need for extensive and expensive dental care," he says.

So is there any 'safe' way of consuming apple cider vinegar? According to Manton, if the vinegar is diluted and you use a straw to keep the fluid away from your teeth then it could be better. But as he points out, when there is little evidence to show that apple cider vinegar has any health benefits, "Why would you bother?"

If you're still tempted to try shots of apple cider vinegar – just like Dr. Oz – here's another downside. You can damage other parts of your body drinking this stuff straight. Crowe says there have been cases where people who have drunk apple cider vinegar neat have scalded their oesophagus, while others have been left with a sore throat (which is ironic as it's often touted online as being a good treatment for exactly that).

If you love the taste it might be worth the spend, but if you're buying it for the health benefits you really are just wasting your money.