Coconut water isn't all it's cracked up to be. 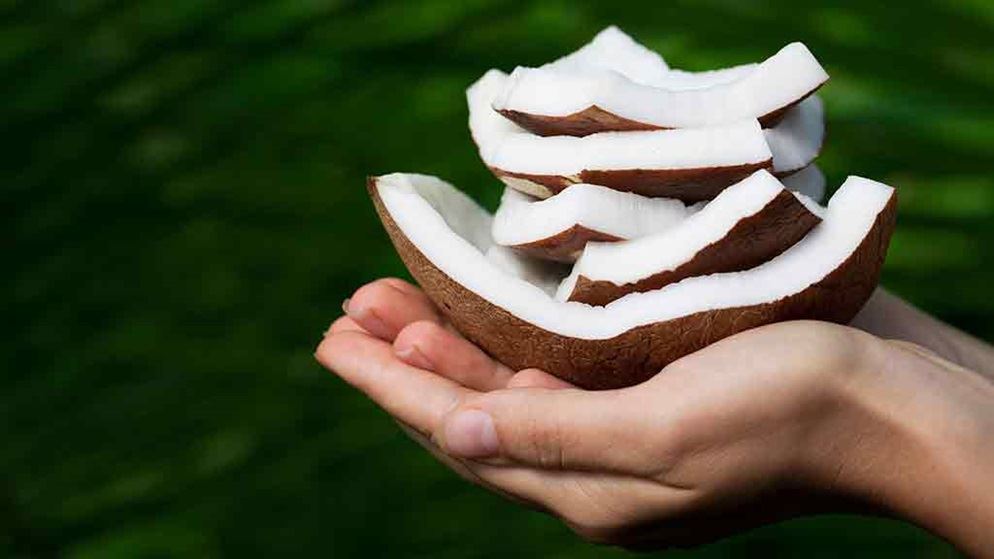 Move over wheatgrass, goji berries and quinoa – the latest health fad is coconuts, or coconut water, to be exact. Celebrities like Madonna and Lara Bingle have been pictured downing it, and Madonna loves it so much she's investing millions in the product.

There are bottles of coconut water on supermarket shelves, it's being sold in gyms and yoga studios, and online retailers are selling it by the case.

Not to be confused with coconut milk, the creamy substance often found in Thai cooking, coconut water is the clear liquid inside young green coconuts. While fresh coconut water has long been a favourite drink in South-East Asia, as a packaged product it has only recently hit countries such as the US and Australia with the force of a tropical cyclone.

But while the marketing on the packages claims coconut water is a nutritional goldmine, dietary experts CHOICE spoke with say the only real goldmine is for those selling the product.

Dr Joanna Henryks, from the University of Canberra, has a special interest in healthy food marketing and consumer behaviour. She says coconut water is especially likely to appeal to those who aspire to a healthy lifestyle but not necessarily a "true" healthy lifestyle as defined by nutritionists and dietitians. "It's the drink people would reach for thinking they are doing the right thing by consuming a 'natural' product," she says.

And while coconut water is popular right now, Henryk predicts that, not unlike the wheatgrass, goji berry and pomegranate fads, coconut water is unlikely to be around in such a big way in a couple of years. "It just doesn't have enough inherent benefits to be sustainable."

While coconut water has been marketed as a healthy alternative to sports drinks and other bottled beverages, accredited practising dietitian Tania Ferraretto says there is little evidence to support the claims made about coconut water and that it's unnecessary for people to drink it for health reasons. "It's been marketed and promoted as a source of minerals such as calcium, magnesium and phosphorous, but it only contains small amounts of these and other nutrients."

A quick glance at some of the products on the shelves and on the net unearths more promises that Ferraretto believes are false. The marketing spin claims coconut water can also assist with weight loss, improve your skin tone and help with digestion, but Ferraretto says there's no evidence to show any of these claims are true either.

So what does she recommend as an alternative to coconut water? Just plain water. Yes, from the tap. "It's the best drink to hydrate the body and it's free, unlike coconut water, which can cost up to $4 a bottle."

Coconut water is heavily promoted as an alternative to sports drinks, and is available at some gyms and yoga studios as a source of rapid rehydration. However, Ferraretto argues you should think twice before chugging down the stuff after an intense workout. "Although it does provide electrolytes and a little bit of carbohydrate, a sports drink is specifically formulated for athletes and the electrolytes and carbohydrates are at the right level."

And while the marketing plays up the fact that coconut water is natural, Ferraretto says the body doesn't distinguish between the electrolytes coming from coconut water or from a sports drink.

A recent US study, published in the Journal of the International Society of Sports Nutrition, compared coconut water and a carbohydrate-electrolyte sport drink on measures of hydration and physical performance in twelve exercise-trained men.

Following a 60-minute bout of exercise on a treadmill, the men received bottled water, pure coconut water, coconut water from concentrate or a carbohydrate-electrolyte sport drink on four occasions in a random order. Hydration status and performance were determined during the recovery period. Subjective measures of thirst, bloatedness, refreshment, stomach upset and tiredness were also determined.

The test concluded that all those drinks are capable of promoting rehydration and supporting subsequent exercise, and that for young, healthy men there is little difference between the four drinks in relation to hydration or exercise performance.

If you like the taste of coconut water and are happy to pay for it, there's nothing harmful about drinking it. But if you're drinking it for the claimed health benefits, you'll be better off drinking water and eating a good range of fruit and vegetables.

One of the star ingredients heavily promoted in coconut water is potassium. A banana has on average about 378mg of potassium, while the coconut water products we examined range from almost the same as a banana, at 328mg, to almost double (733mg). However, fruit and vegetables are our best sources of potassium, according to accredited practising dietitian Melanie McGrice.

"If Australians ensured they were meeting their two serves of fruit and five serves of vegetables each day, they'd easily be meeting their potassium requirements, as well as requirements for a whole range of other nutrients such as fibre and vitamin C," she says. "A medium potato has about the same amount of potassium as a 500mL bottle of coconut water – and is significantly cheaper."

* Note: all the bottled brands we bought are 100% coconut water so their properties are the same as coconut water from fresh coconuts.