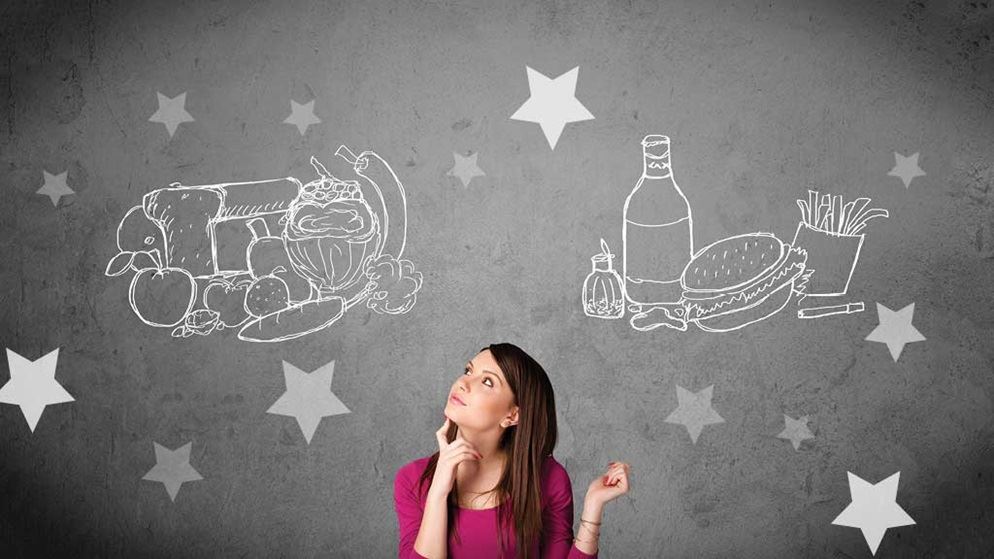 How to use health star ratings

Monster Foods got the ball rolling back in April 2014, applying health stars to its muesli. And since then we've seen stars appear on products from SPC Ardmona, Mayvers, Uncle Tobys and Sanitarium as well as on private label products from supermarket giants Coles and Woolworths.

The fundamental purpose of the HSR system is 'to assist consumers to make informed food purchases and healthier eating choices.' But while the system is voluntary and has a few limitations, it will only be truly helpful for consumers if most (if not all) food and drink companies get on board and apply ratings to all applicable products.

We contacted companies behind some of Australia's favourite food brands to see if, when and how they'll be implementing the system.

The response – or lack of – from several major food manufacturers was disappointing.  Kellogg's Australia told us it remains "committed to providing consumers with the information they require to make informed food choices", but evaded our specific questions asking if it's planning on using health star ratings. McCain told us it would hold off on the HSR system for now and that it's "monitoring activity and will review the use of the system in two years, in conjunction with the HSR review".

The good news is that the number of products brandishing stars on packs will be increasing over the next year or so.

Sanitarium and Coles told us that all of their applicable products will carry HSR labelling by the end of June this year – just 12 months after the system was formally endorsed.

By 2016, the system will have been applied to the majority of products from Nestle Australia (whose brands include Milo, Kit-Kat, Allen's, Uncle Tobys and Maggi) and Simplot Australia (Edgell, John West, Birdseye, Lean Cuisine, Leggo's) and 'a large number' of Woolworths' 4000+ own brand products.

Both Coca-Cola (Coca Cola, SPC, Goulburn Valley, Ardmona) and Fonterra (Mainland, Bega, Western Star, Perfect Italiano) told us they'd be applying the system to their products, but neither company was forthcoming with a timeframe.

How the stars will be served up

To ensure maximum consistency in the roll out of the system – and subsequently greater ease of use and benefit for consumers – a Health Star Rating System Style Guide has been issued to give guidance on the principles behind the system and the presentation of the HSR graphic on food packages.

There are three main elements of the HSR system graphic:

Companies are encouraged to use as many elements of the graphic as possible, following a hierarchy of options laid out in the Style Guide, subject to available pack size and label space.

Many companies we contacted told us they'll be using more than one of these options. While the Style Guide deems this OK, they're encouraged to apply the graphic consistently within product categories – if not across their entire product range. We think this is crucial to avoid consumer confusion, so it's something we'll be keeping an eye on as the graphics appear on pack.

How health star ratings can help

Making healthy food choices can be difficult, particularly when faced with the many claims frequently made on products. Products claiming to be low fat are often packed with sugar and high in kilojoules. And claims of added vitamins and minerals can be masking a product with few other redeeming nutritional features.  The Health Star Rating system, which was developed by the government jointly with food companies, consumer groups and NGOs and formally launched in June last year, addresses this.

The system ranks food products on a scale from half a star (least healthy) to five stars (most healthy), allowing you to make healthier choices at a glance. And the calculator behind the system reflects the Australian Dietary Guidelines, the best, most current dietary advice available to consumers.

The system does have its limitations, however.

You can't compare apples with oranges

Instead, HSRs should be used to compare like with like – think similar products that are side-by-side on the supermarket shelf.

If you're choosing a staple such as bread, for example, one with more stars should be a healthier option than the one next to it with less. And even when it comes to processed treats or snack foods like a bag of chips, you can still make healthier choices by choosing an equivalent product with more stars on its label.

Just don't use the stars to compare chips with bread.

It won't help you determine 'naturalness'

Food additives are a major concern for many consumers, and one criticism of the system is that it doesn't take them into account. A product like margarine which generally contains multiple ingredients including various additives can have a higher HSR than butter, which is minimally processed and has just a couple of ingredients, for example.

The HSR System, however, was designed to interpret nutrient information and give you an overall picture of the nutritional profile of a food, not to judge how 'natural' or 'pure' a product is.

Including additives in the algorithm that produces the ratings would be very difficult, as well as change the purpose. The best way to determine the naturalness of a product is by looking at the ingredients list.

It's not applicable to all foods

The HSR system was designed to be used on packaged food products – a good rule of thumb is that if the food product has a nutrition information panel (NIP), it can have a health star rating.

Products exempt from NIP labelling, and therefore the expectation of HSR labelling, include:

For more of the nitty gritty details check out our Health Star Rating FAQ.

HSRs aren't the be-all and end-all of healthy eating. However they can certainly help you make healthier choices, particularly when faced with a range of similar-looking products making a range of appealing nutrient claims.

Not only can the HSR system help consumers directly, it provides an indirect benefit by incentivising companies who choose to apply it to improve the nutritional profile of products in order to achieve more stars.

But the system will only succeed – and benefit consumers – if there's take-up from the majority of food companies. CHOICE applauds companies who are already on board, and we strongly encourage those companies that haven't, to do so.

So what about daily intake labelling?

For starters it's based on the daily energy intake of an 'average adult', so it's not applicable to a range of consumer groups, including children. It's also based on suggested serving sizes, which can be hugely inconsistent within product categories, making for unfair comparisons.

Our 2013 survey showed that 62% of Australians have either never heard of this scheme, or rarely use it to choose food products. And a recent national survey by research group IPSOS revealed that just 51% of the 3000 respondents found the DIG thumbnail graphic easy to understand, compared with 72% for the health star rating graphic.

Despite this, the Style Guide doesn't object to its use, as long as it's clear that it's not linked to the HSR graphic.

Lion and Nestle told us they will be moving DIG information from front-of-pack, incorporating it into the nutrition information panel instead (although Lion won't display it on products targeted at children under 9 years of age). But we were pleased to discover that Coles, Fonterra, Simplot and Woolworths, all current users of DIG labelling, will be removing it as they roll out the HSR system.

How are Health Star Ratings calculated?

The rating is based on an algorithm which firstly takes into account kilojoules plus three 'negative' ('bad') nutrients – saturated fat, sodium and total sugars.

These four aspects of a food – kilojoules, saturated fat, sodium and sugars – are the basis for the rating because they're associated with increasing the risk factors for chronic diseases like type 2 diabetes, heart disease and obesity.

This is balanced against the 'positive' aspects of a food – its fruit, vegetable, nuts or legumes content (all valuable sources of a range of vitamins, minerals and antioxidants), as well as the protein and dietary fibre content in some cases.

Why are HSR calculations based on per 100g/mL of food?

Research conducted to inform the HSR system found that consumers prefer nutrition information based on 100g/mL because of confusion over serving size. Moreover adults, children, males, females, more active or less active people may have different serving size requirements – serve sizes can over- or under-estimate the amount people should eat – meaning nutrition labelling based on serving sizes can be misleading.

A consistent measure like 100g/mL, on the other hand, allows consumers to compare products easily and accurately within categories – whether you're choosing the healthiest fruit yoghurt or the healthiest frozen lasagne.