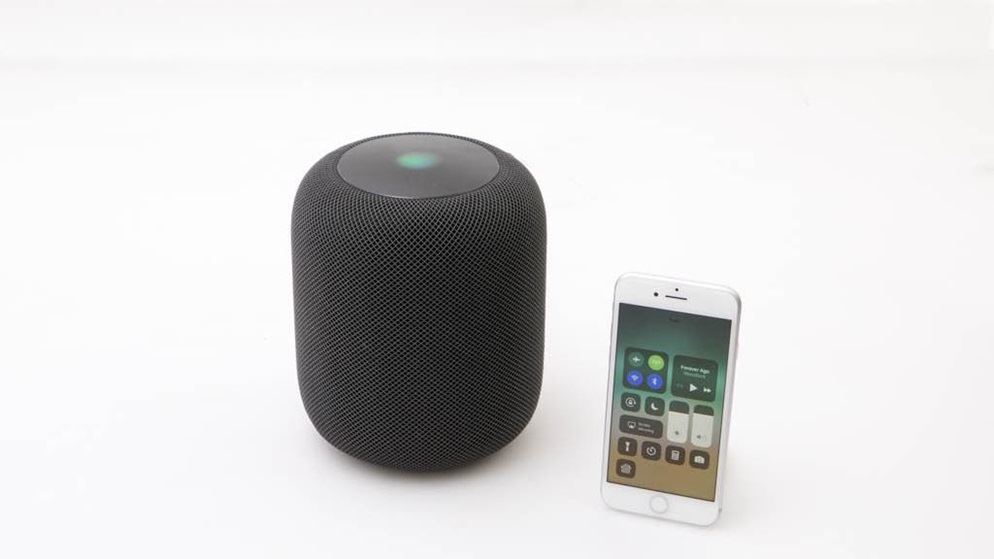 HomePod has come late to the smart speaker party, which has been rocking along merrily for months to the tunes of Amazon's Echo and the Google Home.

Apple's emphasis for the HomePod is on high-quality sound rather than superior smarts, with its built-in Siri digital assistant seemingly lagging behind the Echo's Alexa and Google Home's Assistant.

We bought one of the first-available Australian models to see how it performs for sound and smarts.

Find out how Google Home and Amazon Echo compare in our smart speaker reviews.

Setting up the HomePod is a simple process not unlike using Apple's AirPods for the first time. With Wi-­Fi and Bluetooth enabled on your iPhone, just bring it close to the HomePod and the set-up process starts automatically. However, to set it up on your home network you'll also have to add two­-factor authentication for security.

After giving the HomePod a designated location (we chose the living room), we were then offered an Apple Music three-month trial, which we enabled after adding a payment method through iTunes. Other music services can be played if their apps support AirPlay, but the apps will be needed to control the music, rather than your voice.

HomePod doesn't have any plug-in capability, such as line-in audio, which means you can't connect it to anything to use it as a "normal" speaker.

In theory, you can put the HomePod anywhere in the room and it will deliver superior sound, thanks to its built in 'intelligence'. HomePod uses an array of microphones to continuously sample sound output and adjust it to the speaker's location. Whether you put it in the corner, near a wall or in the centre of the room, you should get optimal sound quality.

We tried it in a variety of positions and this auto-tuning did make a difference, though as you might expect from a cylindrical speaker, it prefers a little space around it. Not surprisingly, jamming it up against a wall seems to stifle it a bit. HomePod sounded better when it was more out in the open.

This auto-adjustment is very convenient, compared to other speakers such as the Sonos One, for example, which requires manual adjustment every time the speaker is moved. Although Sonos One doesn't yet have the Australian version of Amazon's digital assistant Alexa (slated for release in our Autumn), it's still the one to beat for wireless speaker sound quality.

In our unofficial 'first look' trial we found the HomePod to easily have better sound than the Amazon Echo and Google Home, but the more serious sound competition comes from the Sonos One, which we thought had a bit more 'punch' and crisper output overall, while the HomePod had a tendency to be a little boomy, due to a lot more bass emphasis. We'll look at this in much more detail in our upcoming comparison test of smart speakers which will include the HomePod along with offerings from Amazon, Google, Sonos, Bose and more.

Our initial impression is that Siri sounds comparatively mechanical and not as polished as Amazon's Alexa or Google Home's assistant on their native devices. On several occasions we found what Siri was saying wasn't clear enough because 'she' (using female voice) spoke too rapidly.

In a quiet room, Siri usually responds when you talk at a natural level, without raising your voice. We found that when music was playing we had to wait for a lull, or speak louder to get her attention. You can also touch the top of HomePod to control your music.

But what can Siri do? We used Siri to tell us the news (the default is ABC news), set timers, and perform other general tasks such as taking notes, adding items to shopping lists, setting reminders, sending text messages and checking traffic to a particular destination. Siri can sometimes answer questions by consulting Wikipedia, though we found she couldn't always do this.

There are also limited translating abilities, which didn't always work properly in our initial assessment. Though Siri could give us sports results and tell us the next time our favourite team would be playing, we couldn't get Siri to respond to follow-up questions – i.e. using 'Hey Siri…' to ask a question then, after her response, continuing the conversation with a related query. For example, 'Hey Siri, where is the nearest shop?' (Siri response) 'Is it open?' and so on. Also, Siri can't yet be used for general web searches and we found Siri didn't always understand what we were asking.

While the HomePod works with Apple's HomeKit automation framework, only a relatively limited number of smart devices can be used and only if they support HomeKit and are linked through it using the Home app for iOS. Apple has recently tried to encourage more developers to support HomeKit in products by dropping the need for a dedicated hardware chip to allow authentication. Theoretically, this could enable HomeKit to be used on some older accessories via a software upgrade.

Meanwhile, HomePod as it ships now is feeling a little unfinished. Besides relatively little HomeKit support in Australia, the HomePod is missing two important features that were expected at launch – the ability to link several HomePods to create an integrated sound system throughout the home, and linking two-in-one-room for stereo capability. There's no date yet for this, but it's expected to come with Apple's Airplay 2 software update later this year, while multiroom sound is already available in the competition.

HomePod is compact (172mm high by 142mm wide) and weighs in at a hefty (for its size) 2.5kg. It's covered by a close-fitting mesh (cat owners take note, it kind of looks like a squat scratching post) and works best on a hard, flat surface. Avoid wooden surfaces that have a wax or oil finish if you can or use a coaster, doily or placemat to avoid the possibility of white circles appearing on the wood, reportedly due to interaction between the vibration-damping silicon base and some wood treatments. The phenomena, dubbed 'ring-gate' in social media, reportedly can also be a problem with the Sonos One, which also has a silicon rubber base. In a support document Apple says this isn't unusual for any such speaker and the marks should disappear on their own in several days or can be removed by cleaning.

We compare more than 70 mobile phones including all the latest iPhones, as well as Androids from Samsung, LG and more in our smartphone reviews.

HomePod costs $499 and comes in either White or Space Grey. HomePod could be the life of the party if you're well entrenched in Apple's ecosystem of i-devices. It requires an iPhone 5s or later, iPad Pro, iPad (5th generation), iPad Air or later, iPad mini 2 or later, or iPod touch (6th generation) running iOS 11.2.5 or later.