How to avoid shonky solar PV systems that could lead to fire or injury. 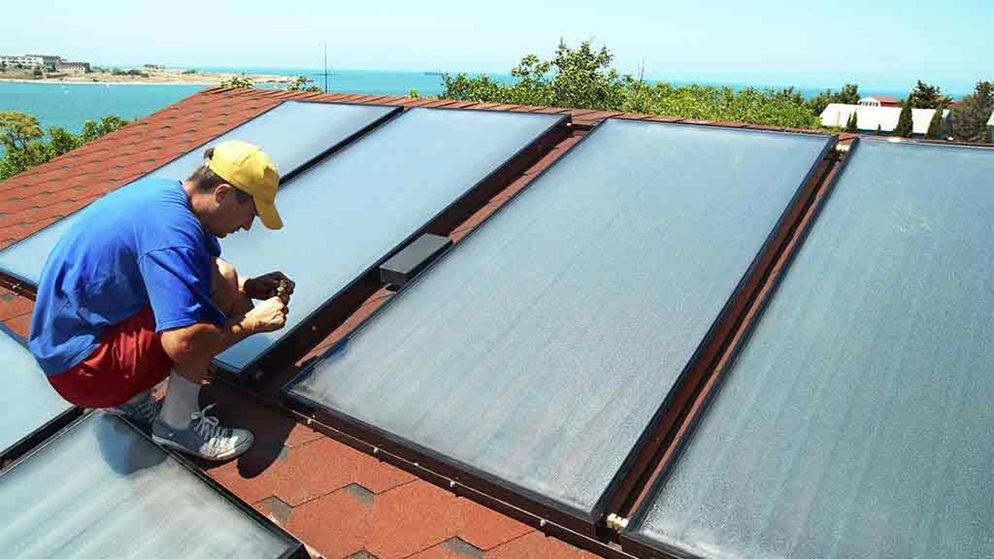 How safe are your solar panels?

In 2011, solar panel installation companies were flying high as generous federal rebate schemes boosted business. Inexperienced operators entering the market were cutting corners, rushing to complete jobs before subsidies dried up. Now, a few years on, some households that took advantage of those rebates may be experiencing the downside of dodgy work, including the risk of fire in poorly installed wiring of their solar photovoltaic (PV) systems.

The Clean Energy Council (CEC), an industry association representing Australia's clean energy sector, says the quality of installation declined in the two years to 2011 when the rebates ended.

An Ausgrid report, based on audits they conducted in 2010, support the findings of the CEC. The most common defects found by Ausgrid were:

The National Electrical and Communications Association (NECA) and the Electrical Trades Union (ETU) were so concerned about the quality of solar panel installations in early 2010 that they approached Energy Safe Victoria (ESV), an independent electricity, gas and pipeline safety and technical regulator.

"There was evidence that non-electrical tradesmen had undertaken installations and that they weren't done to the required standards," says Graeme Watson, Secretary Director of Electrical Electronic Industry Training Ltd, which is affiliated with the ETU.

"We were hearing there were plenty of problems – everything from panels falling off roofs, through to the wiring being done incorrectly," explains Dominic Feenan, spokesperson for NECA. "We don't want another pink batts [insulation] situation. We wanted further regulation."

ESV commissioned an audit of solar systems around Victoria, finding 26 of the 81 systems audited had problems:

There is some debate over the magnitude of the safety risk. ESV says the risk is minimal, as switches are designed to fail safely. The report says that to become a fire hazard, there would need to be ignition while being switched off under load and the switch housing would have to fail. Flammable material would also need to be close by.

But Mr Watson believes the fire risk is significant, particularly for contractors and electricians. "It's of a major concern to all, including contractors, not just the installer. In the future, an electrician may attempt to cut into that system assuming the correct components had been used, which would be a disaster."

Once Alice* decided to install solar panels at her home in NSW, she did her homework and sought quotes from a variety of companies. So, when in October 2010 she chose a large, reputable business with a long history of solar installations, she thought she would be in good hands.

"I didn't go into it blind. I knew about potential problems, about how the system could be rorted," she says. "I covered every base, but I still got caught."

The first hurdle appeared almost immediately. The quote Alice accepted was for an incorrectly designed system, and a more expensive configuration was necessary. Even though it was a technical mistake made by the designer, Alice was told she'd have to bear the burden. Because the typical industry contract allows for pricing variations, and due to changes in the NSW solar scheme, there was nothing Alice could do. "The changes to the NSW feed-in tariff came through on the day I signed the contract, so I was backed into a corner."

After extended delays, Alice's ground-mounted system was finally installed by sub-contractors in May 2011. But because of the hold-up, the summer-positioned panels needed to be tilted for winter. She was told this was a simple, DIY process. What happened next was shocking – "I did it, and then one panel fell off – it hadn't been screwed in. When I checked the other panels, some of them were also missing screws. They weigh over 18kg, and my kids and I had been out there!"

To top it off, the panels were positioned poorly – in the winter tilt position, the back row was shaded. "These things are concreted two metres into the ground. There's no easy fix. There's plenty of room so there shouldn't be shading issues."

*A pseudonym has been used.

Greater accountability – but it's voluntary

In 2013, industry association for the clean energy sector, the Clean Energy Council, created a voluntary Solar PV Retailer Code of Conduct. The aim is to improve customer service and industry standards, beyond the minimum levels set by government regulation. The scheme also has the support of the Federal Government's Clean Energy Regulator.

If you believe your PV system is incorrectly or unsafely installed, and you can't reach an agreement with your installer, here's who to contact.

Watch out for the following warning signs of a shoddy installer.