A hands-on look at Aldi's low-cost 11.6-inch laptop which doubles as a touchscreen tablet. 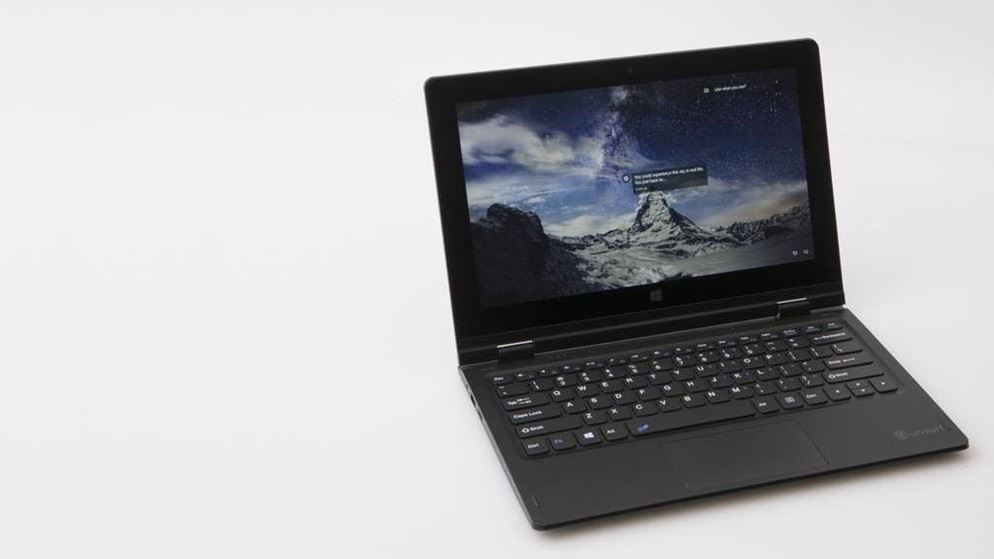 If you're an Aldi follower, you know the score – cheap products come and go very quickly, including tech products. But are they worth the effort? We take a hands-on look at Aldi's latest $249 touchscreen laptop.

Aldi's advertising just calls it 'Touch notebook', though it's branded Unisurf, but that's typical of the Aldi marketing method. The company thrives on offering products cheaply for a very short time as 'specials'. They come, they go – and they may or may not ever come again. Aldi typically provides a 60-day money back guarantee.

In this case, the Windows 10 Touch Notebook cost $249 and here's what Aldi tells you:

What Aldi doesn't tell you, but we found out through testing, is:

We found the laptop felt quite sluggish overall. Browsing the web can be tiring as pages take a while to load and be slow to scroll, and even changing settings can take a while. The best way to use this laptop is to have only one main program open at a time and to disable automatic Windows Update. And exercise a good deal of patience. Disabling automatic Windows Update is normally not recommended as you then have to do it manually, and delays could pose problems with ongoing compatibility and security.

While Aldi claims 8hrs of battery life, we found it only stretched to a minute past 3hrs in our 'heavy usage' testing (playing videos). That's a little on the short side, but what was more frustrating was the slow charging rate from the very underpowered 5V charger, which saw the laptop take 4hrs 11mins to charge up to 80% full, and more than 6hrs to hit 100% charged.

On the good side, the laptop:

How to get one

Are you keen to get one of Aldi's mercurial specials? You'll generally need to be quick. You can haunt the website early each day or, better yet, you can keep on top of upcoming deals by signing up online to the Aldi newsletter, but you'll have to visit a bricks and mortar store to actually purchase.

However, just because you missed the boat with one of the special offers doesn't mean it's not worth checking out what was on offer, because if you keep an eye on the website you'll soon find more of the same. Each generation of product briefly on offer can give an indication of what to expect from subsequent specials. And if you were quick enough to snag one, you’re probably wondering how it compares.

Sometimes you just need a cheap laptop. Maybe it's a low-cost backup device to give the kids, or to have basic computing while travelling without risking your good gear. You can't really argue with the asking price, but it's good to know what you're getting for your money. If your needs are as modest as your budget, then you might find an Aldi special such as this one will suit your needs. But for a general use laptop, we suggest saving your pennies a bit longer and setting your sights a little higher.

Need more storage for your laptop or computer? We've tested the latest external hard drives to help you find the best one for you.