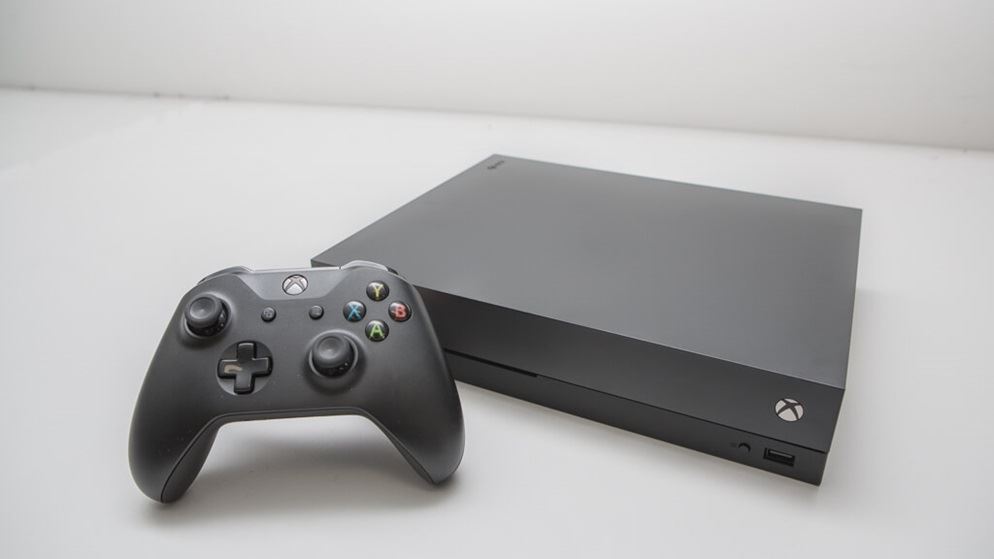 For the past year, Sony's PS4 Pro has claimed the title of 'world’s most powerful games console' and 'the only console to support 4K gaming'. But now, 12 months later, Microsoft has knocked Sony from its perch with the Xbox One X – the only console that supports 4K high-dynamic range gaming, video streaming and Blu-ray.

But performance comes with a price tag as the world's most powerful games console is also the most expensive. The benefits of this upgrade depend on whether you have the equipment (4K HDR TV) to take advantage of it. That said, the One X isn't just geared towards early adopters and 4K fanatics. There's improvements to be had for the HD TV population as well.

Ready to up your game? Our game console reviews will help you find the right one for your needs.

From S to X

The One X is more or less the same as its predecessor in terms of control, functionality and interface (though these aspects were recently updated across all models). But the extra processing grunt on Microsoft's new console delivers improved graphics and performance, and supports 4K high-dynamic range (HDR) images, gaming and video. This gives you around twice the resolution of high-definition (HD) along with the benefits of HDR, which creates a more vibrant picture.

Gameplay, overall narrative and downloadable content are exactly the same across all iterations of the Xbox, they just look a lot better on the One X. Also, the additional power cuts back on load times and improves general performance across the board. Even older games that aren't 4K HDR optimised will see improvements. 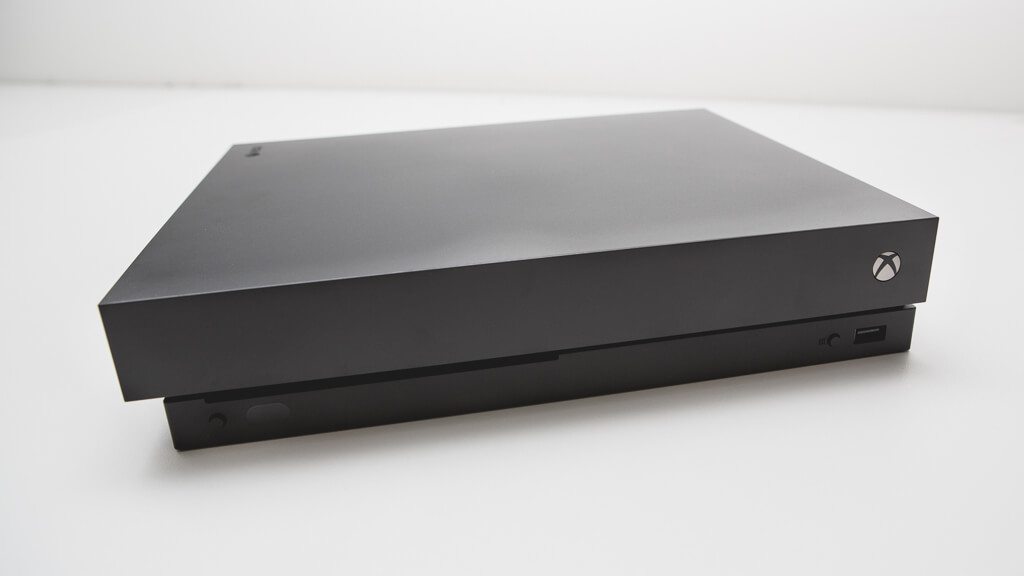 The One X follows a simple approach to design.

One console to rule them all

The One S can stream 4K video from services such as Netflix and play 4K UHD Blu-ray discs, but it doesn't support 4K gaming. Sony's PS4 Pro handles 4K gaming and video streaming, but can't play 4K UHD Blu-ray. The One X, however, can do it all in addition to Blu-ray and DVD playback, HD/SD streaming and TV tuning. Audiophiles haven't been left in the dust either, as the One X also includes Dolby DTS:X and Atmos surround for video and games.

4K Blu-ray support is particularly important for Australians, as our less than stellar internet download speeds make 4K UHD streaming a pipe dream for most of the population. Ultra-high quality video requires 25Mbps, according to Netflix, but the average internet speed in Australian homes is just 11.1Mbps (as of mid-2017). By including a 4K Blu-ray drive, the One X gives people without high-speed internet the option to view UHD content – something the PS4 Pro doesn't offer.

Though early adopters with 4K TVs are likely to get the most out of the One X, software developers are free to use the extra power as they please. This can include performance enhancements such as a frame-rate increase for smoother animation, improved texture quality and an increase in the number of simultaneous objects on screen. Some even give gamers different performance options – you can pick 4K at 30 frames per second (fps), or drop the resolution to 1080 if you’d rather play at a smoother 60fps.

One key feature for HD TV owners is ‘supersampling.’ Instead of bumping 4K content down for lower-res TVs, supersampling renders at the highest possible resolution. Though HD TVs can’t display 4K, the increased pixel density translates to a sharper image with better lighting effects, less fragmenting and greater overall detail compared to the same 1080 content. 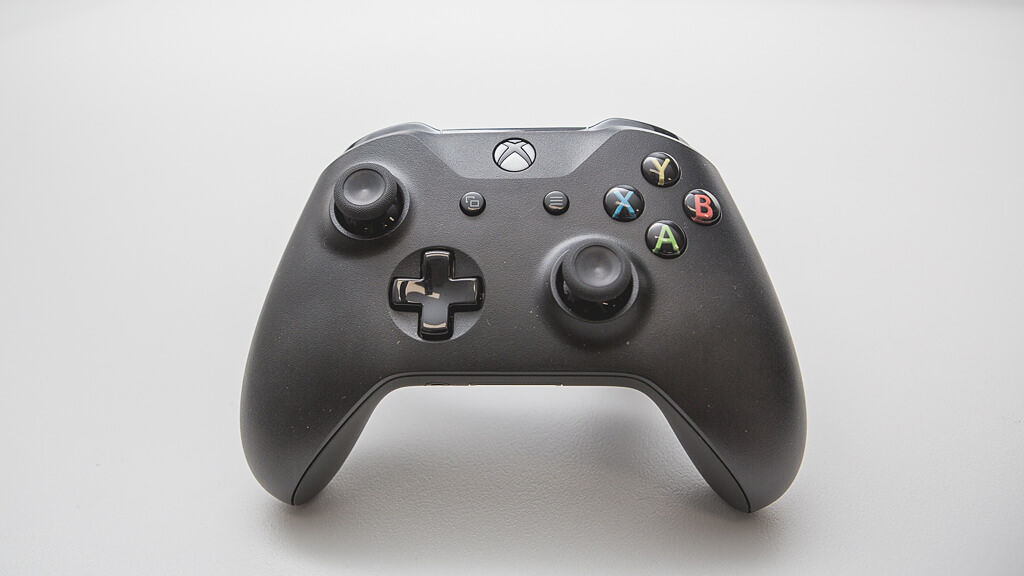 It includes the standard Xbox One controller.

To get an amazing picture, content must either be made in 4K (or updated to support it) or made in HDR. If a game is optimised for the One X, it will be noted on the box and fall into one or more of these broad categories:

Developers can add as many enhancements as they want; Assassins Creed: Origins supports, 4K UHD, HDR and general improvements for example, whereas Wolfenstein II: The New Colossus does not have HDR, despite 4K support.

The thing is, there aren't that many native 4K HDR titles around just yet. Most games that offered One X enhancements at launch were patched by developers to fit the higher resolution. This process is called upscaling, but it usually doesn't look quite as good as native 4K content, and the One X 'enhanced' naming conventions don't exactly specify this, which can be an issue.

A little more explanation on Microsoft's part wouldn’t go astray. Forza Motorsport 7, an Xbox-exclusive racing game, looks stunning in 4K HDR at 60fps on the One X, and it's not unreasonable for consumers to assume that all enhanced games will perform at a similar level once they see it. But broad statements like "Xbox One X Enhanced" force users to put their faith in claims that may not live up to expectations, and you'll likely run into a few 'enhanced' titles that aren't overly different to their One S counterparts.

Sony is still facing similar issues with the PS4 Pro. A lot of the time you just have to trust that the developers have improved their games, or do some online research to find out exactly what the changes are. Consumers will come to expect a certain standard of improvement from the One X, and without one Microsoft also risks damaging consumer confidence.

Fortunately, games that come pre-packaged with enhancements don't cost any extra. You can find a rolling list of One X enhanced games online. 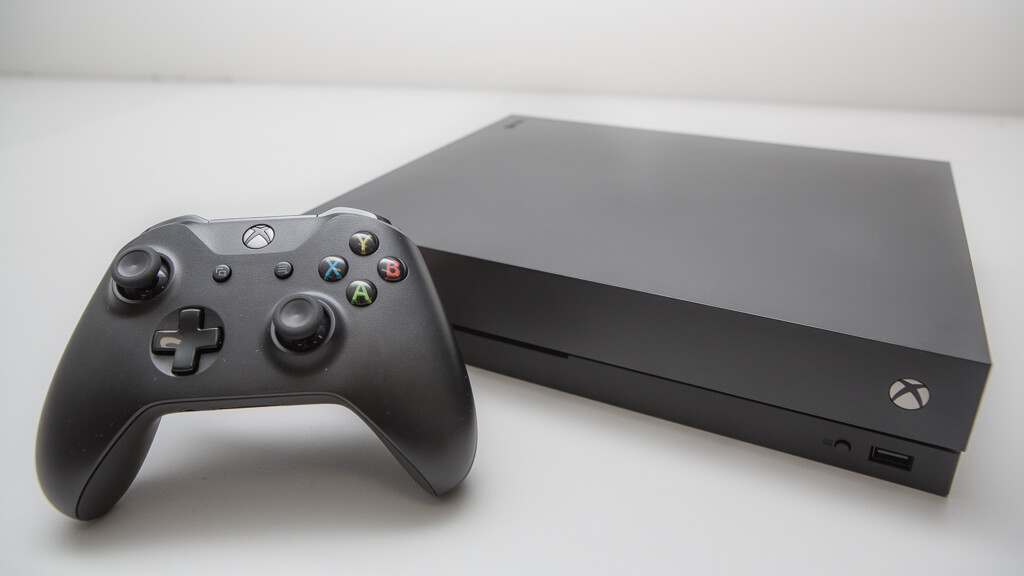 The console and controller.

Unfortunately, the One X has a small library of optimised games that really showcase the technology right now, and fewer must-have exclusive titles than the PS4 Pro. But the selection of enhanced games presents a convincing case for an upgrade – provided you have the right home entertainment equipment. A good quality 4K TV and One X can deliver pure eye candy that's a clear step up from 1080, non-HDR gaming.

The increased resolution and processing grunt produces images that are sharper, clearer and much more striking. In-game objects, which show jagged edges on the One S (due to graphical limitations), are much smoother on the One X, and little details like facial features have greater clarity. Everything just looks cleaner and richer, and actions such as camera panning are smoother. Plus, HDR's expanded colour palette can give games a real visual pop, while improving detail between colour gradients.

Forza Motorsports 7 sets the bar, running comfortably at 60fps in native 4K with HDR. The results are smooth and incredibly detailed – dust build-up on the car, individually rendered raindrops splashing across the windscreen and vibrant environments that stretch as far as the eye can see all look stunning. But this is Microsoft's One X show pony, and most other games are a mixed bag of enhancements.

Older games and recent releases that haven't been optimised, such as Destiny 2, get a bit of a boost, though the differences are minor. Load times and object rendering are faster, general performance is smoother and things look a little more vivid and crisp.

4K UHD HDR Blu-ray discs are much the same in that content filmed with UHD in mind looks stunning, and upscaled content looks pretty darn good. The One X does an impressive job of bumping up HD Blu-ray for big screens and even manages to make SD DVDs watchable (though be prepared for a stark reminder of how long it's been since the days of standard definition). 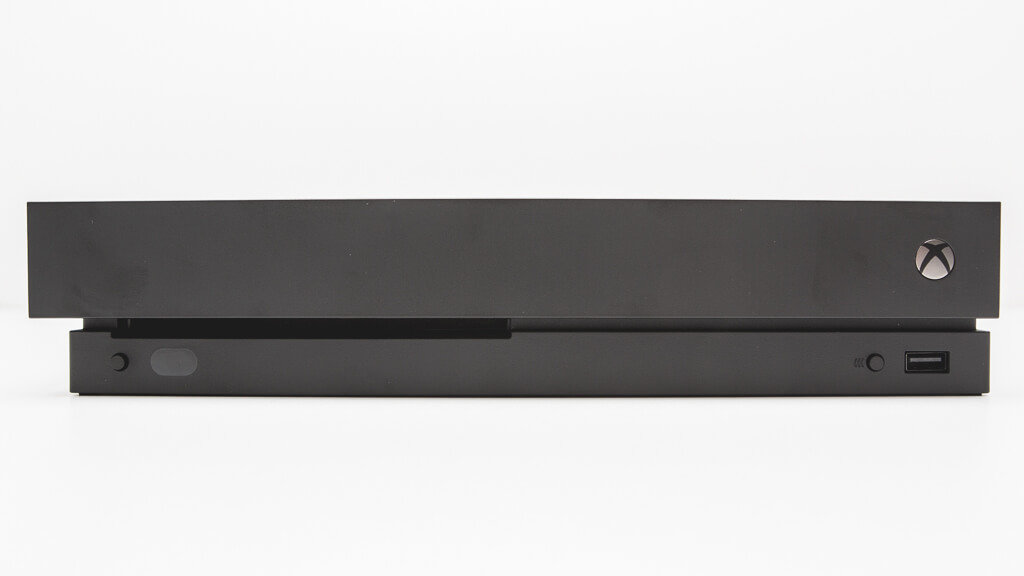 In and around the box

In terms of raw specs, the One X doesn't pull any punches: it's an impressive piece of kit that outperforms all other major consoles. Inside the box you'll find:
All the usual ports are there too, including:
It also supports IEEE 802.11ac dual band Wi-Fi. 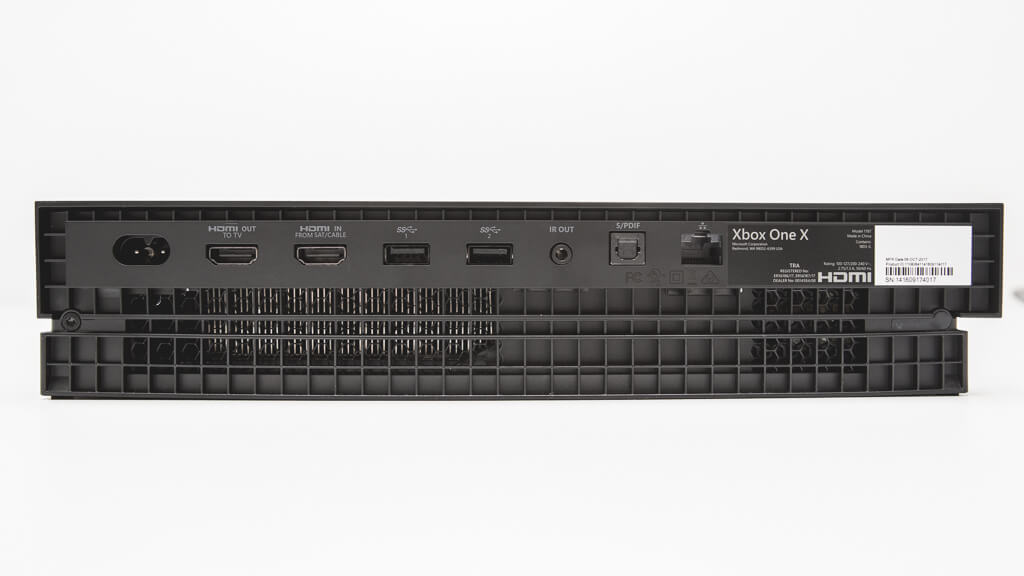 The problems with 4K

4K looks glorious, but it can come with its share of complications. HDR is available in a variety of formats, and while the One X supports two widely used options – HDR10 and Dolby Vision – you may find that your fancy 4K TV uses an alternative, incompatible version. Checking your TV's specs before laying down $650 for the console is essential if you were buying it for this effect.

Rather than fill game discs with 4K assets that 1080 TV owners won't use, ultra-high resolutions and HDR textures are delivered as downloadable updates when you pop the game into your One X. These are huge. Forza 7's update stopped just shy of 30GB, which is a time-consuming nightmare using Australian internet speeds. Plus, these monstrous updates fill up the 1TB hard drive very quickly.

The main question on the lips of most potential buyers is, "Do I buy an Xbox One X or PS4 Pro?" Put simply, the extra power makes the One X a better console, capable of pushing graphics and performance that little bit beyond Sony's 4K competitor.

The Pro feels comparatively redundant without a 4K Blu-ray drive. Whether you're thinking about upgrading to a 4K TV, or are happily cruising along with 1080, the One X meets almost all of the requirements for future-proofing an ultra-high definition home entertainment system. But you do have to pay around $100 more for the privilege.

Other than that, the One X falls into the same camps as the PS4 Pro. If you don't have an Xbox but you're thinking about getting one, go for the One X. If you already own a One S or the original Xbox One, upgrade your TV or wait for a price drop before grabbing the One X. Supersampling makes a difference on 1080 screens, but not quite enough to justify the cost of an upgrade just yet.

Xbox is winning the technical arms race in impressive fashion with a console that feels like something of a long-term benchmark. You can't help but think Sony will soon announce the PS4 Pro 2 with 4K Blu-ray support in a desperate attempt to catch up to the new standard. In the end, its value comes down to your enthusiasm towards 4K gaming, but as it stands, Microsoft made good on its promise to build the most powerful console around.