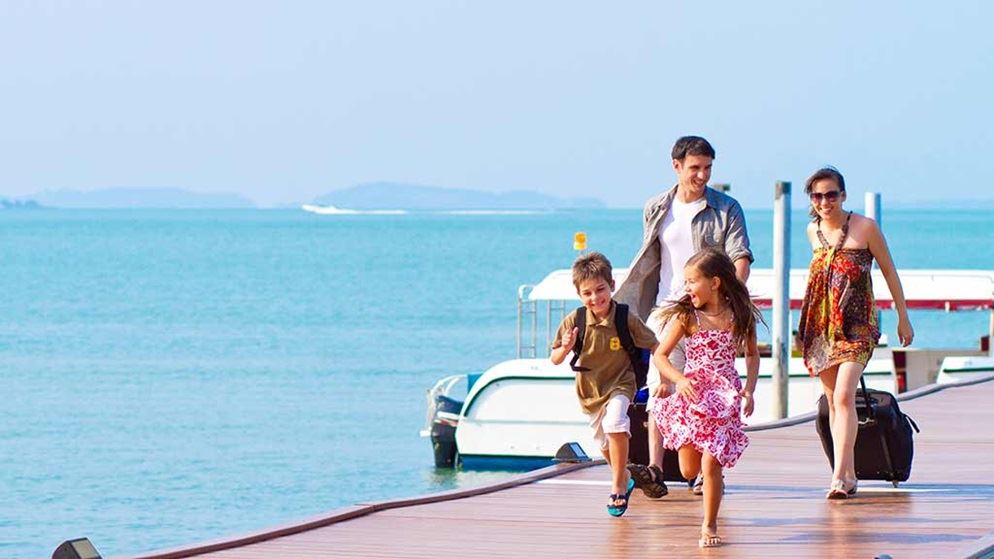 The level of airline service descended steadily in CHOICE's latest annual travel trends survey, with satisfaction ratings for all domestic airlines down since the 2016 survey. Jetstar once again came rock bottom in travellers' rankings. Holiday problems plagued 48% of Aussie travellers in the 12 months to July 2017 with a third of those having problems with flights.

"Despite that, many aren't taking up the fight with their airline," says CHOICE head of media Tom Godfrey.

The most common flight problems experienced were delays and cancellation, with people flying on budget airline Jetstar more likely to experience a flight delay or cancellation.

63% of flight problems experienced were delays and cancellations

Although you book your flight to leave and land at a specific time, in Australia, airlines don't guarantee those flight times.

And if your flight is delayed or cancelled, it's at the airlines' discretion if they provide any compensation – six in ten people told us their airline took no action. Contrast that to the European model, a clear-cut scheme where flyers receive a set compensation amount (depending on flight distance) if a flight arrives three hours or more after it was scheduled, is cancelled or overbooked.

"With delays and cancellations a top problem for Aussie travellers, CHOICE is calling on the domestic airline industry to provide fixed financial compensation to travellers who have flights cancelled or delayed for reasons within the airline's control," says Godfrey.

"An industry-wide system of standardised compensation already exists in the European Union, so it's hardly a stretch for Australian consumers to get the same guarantees for a service they paid for.

"Whether it's a missed business meeting, family dinner or even a wedding, Aussie travellers shouldn't have to pay for the airline's mistakes."

Coinciding with 2016 research commissioned by the Insurance Council of Australia and the Department of Foreign Affairs and Trade into Australians' travel insurance behaviour, our research finds travellers have little understanding of their travel insurance. CHOICE's 2016 Consumer Pulse survey found 42% of consumers read none or almost none of the terms and conditions when signing up to a product or service online.

Travellers believe they're covered for events they're unlikely to have cover for – two out of three (66%) assume their travel insurance covers for insolvency or bankruptcy of travel agents or providers, however less than a third of policies actually provide this cover.

Car hire contracts are complex documents, particularly for people with English as a second language. And when you're standing in a car rental agency queue at a crowded airport after a long flight, your time and capacity to read and understand a 24-page 10,900-word hire agreement is limited.

So we're expanding our research into consumers' experiences of the car hire industry with an analysis of car hire contracts, loss damage waiver and excess reduction products, customer service and booking processes.

The Online Research Unit, on behalf of CHOICE, surveyed 2506 Australians aged 18–75 years from 19 June to 12 July 2017 who took a domestic flight for a holiday in the past 12 months and at least one international flight in the last two years. The data has been weighted to be representative of the Australian population as per ABS Census 2016.