Energy drinks are the beverage of choice for many adolescents but what are the side effects? 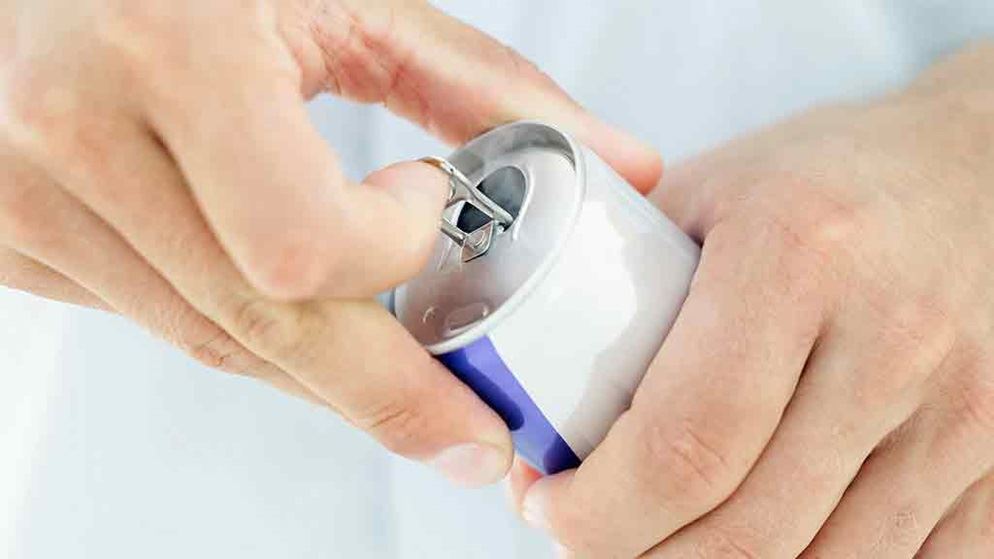 The buzz on energy drinks

They're fizzy drinks with a difference. Red Bull "vitalizes body and mind", Mother gives you "heaps of energy" and V is "the massive hit that improves you a bit".

Said plainly, what most energy drinks do is give you a caffeine fix with plenty of sugar. Here are the key things you need to know:

What's in your energy drink?

Most 250mL bottles of energy drinks have about the same amount of caffeine as an espresso shot.

Caffeine is added in the form of:

Energy drinks (or 'formulated caffeinated beverages', as they're called in the Food Standards Code) must contain no less than 14.5mg and no more than 32mg caffeine per 100mL.

Most energy drinks contain sugar, either as ordinary table sugar (sucrose) or glucose. Sugar is rapidly digested and absorbed into the body, so the kilojoules of energy it provides are quickly made available for physical exertion. However, given our modern lifestyles most us would be better off without these additional kilojoules. You wouldn't stir 18 teaspoons of sugar into your tea, but that's what's in V's largest serving size – a 710mL bottle. That also translates to 220mg caffeine, around two and a half espressos.

Red Bull Sugar Free, Red Bull Zero, V Sugarfree and V 0% Sugar all have no sugar, but use artificial sweeteners instead - which raises other health concerns.

The taurine in many energy drinks gets its name from the fact that it was first extracted from ox bile (taurus is Latin for 'bull'). It's now made synthetically, but the rumour has spread (presumably by word association) that taurine comes from bulls' testicles. This is of course not the case, but it's a great promo for energy drinks.

Most energy drinks have taurine as a key ingredient, we checked out the science, but we've yet to see any convincing evidence that it'll give you a buzz. Taurine is used by the body in a wide range of protective and metabolic activities, but exactly what it does (and how it does it) is still largely unknown.

Whatever its merits though, you don't need to buy it in a can because there's plenty of taurine in the usual Australian diet and your body can easily make enough of its own — unless, perhaps, you're an elite athlete.

There's only limited evidence that taurine is safe at the very high levels found in some of these drinks. Under the Food Standards Code it's allowed in energy drinks at levels that will give you a maximum intake of up to 2000mg per day (although that relies on consumers not exceeding the recommended number of cans in a day). There's also not a lot known about the long-term effects, so we think it's crazy to allow such high levels of taurine in drinks that are often consumed by kids.

B vitamins are used by the body in various ways that involve the release of energy from food. There's no obvious justification for including them in these drinks because a well-balanced diet already provides an adequate intake, and more of a good thing isn't necessarily better.

Energy drinks shouldn't be confused with sports drinks, which are designed to maximise hydration. A high sugar concentration can slow absorption of water into the body, making energy drinks unsuitable for rehydration during prolonged and vigorous physical exercise.

There's good evidence that caffeine enhances sports performance for elite athletes, though not for the average athlete. Caffeine also dehydrates, so it's not recommended for use during sport. In fact, energy drinks were banned in France after an 18-year-old man died as a result of playing basketball after consuming four cans of Red Bull.

Caffeine – how much is too much?

Caffeine is a poison created by plants to protect themselves from being eaten and most animals can't stand the bitter taste. A lot of humans, however, can't live without it. So how much caffeine is OK?

While there's no current consensus on what's a safe amount of caffeine, a Food Standards Australia New Zealand expert working group found that increased anxiety levels were recorded in adults whose caffeine intake exceeded 210mg, and reduced ability to sleep above 100mg. An espresso coffee has about 97mg of caffeine.

Commonly cited research suggests that moderate amounts of caffeine (300-400mg, roughly three to four espressos, a day) isn't considered to be harmful for most people. But it is a stimulant and has measurable effects even at very low 'doses'. While we may think caffeine is a relatively benign drug, the side effects include headaches, hand tremors, impaired coordination, nervousness, diarrhoea and even delirium. It also dehydrates.

The effects of caffeine differ from person to person, depending on age, body size and general health.

Energy drinks must display a warning on the label indicating that they're not recommended for children, pregnant or lactating women, or people sensitive to caffeine. Still, they've become hugely popular among youth.

Since CHOICE first looked at energy drinks back in 2005, there's been a growing trend of mixing them with alcohol. The problem with this combination is that it can mask the effects of intoxication. Consuming an energy drink alongside alcohol can make you feel more alert, and less drunk. Many people use energy drinks as mixers for exactly that reason - it enables them to drink more alcohol, and for longer.

It's estimated that a quarter of heavily intoxicated persons on Australian city streets on a Friday or Saturday night have consumed more than two energy drinks.

Mixing energy drinks with alcohol increases dehydration and the likelihood of engaging in risky behaviours such as drink-driving.