Can you taste the spirits in an alcopop? We test popular brands to find out. 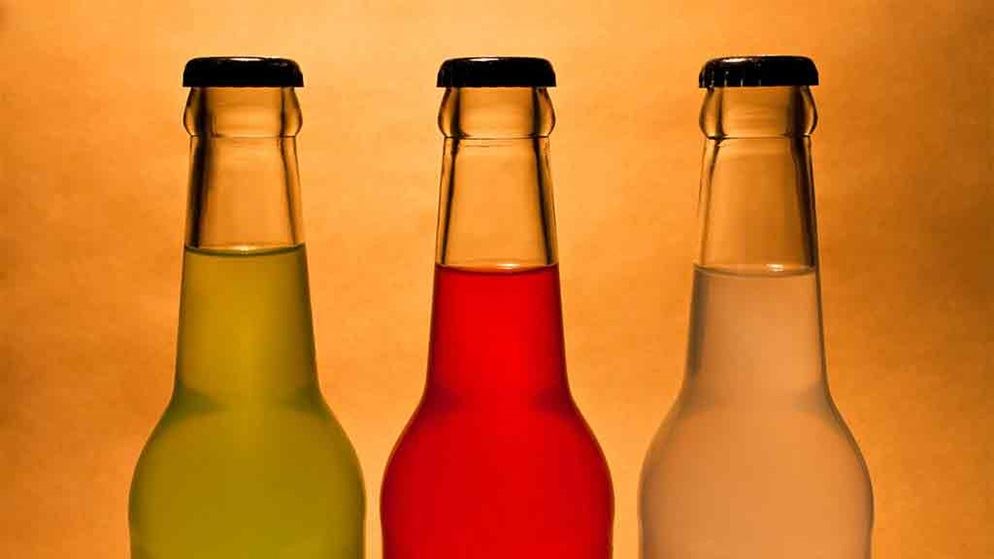 Just a spoonful of sugar...

Alcopops are an alcohol-infused sweet treat of choice among young adults, thanks in part to trendy packaging and fruity flavours which can mask the taste of alcohol. While officially targeted at over-18s, premixed alcohols, also known as ready-to-drinks (RTDs), have found an audience among underage drinkers.

An RTD is part spirit or wine and part non-alcoholic drink, such as milk or a soft drink, bought in a premixed format. They're among the most commonly consumed forms of alcohol by 12- to 17-year-old girls, are considered an initiation drink by many young people, and have been described by industry and concerned groups alike as 'bridging' or 'gateway' beverages for less experienced drinkers, who aren't yet used to the taste of alcohol.

With the above concerns in mind, we set out to discover how easy it would be for young people (of drinking age, of course) to detect the presence of alcohol in alcopops and other alcoholic beverages, using a blind taste test that included a mixture of alcoholic and non-alcoholic drinks.

We asked our young testers one simple question – do you think this beverage contains alcohol?

As the table above shows, many of our teenage participants had difficulty detecting alcohol in the alcopops – only 69% thought they contained alcohol, compared with 100% correctly identifying the beer and wine as alcoholic drinks.

Almost a quarter of the teenagers couldn't taste the alcohol in alcopops. They found it most difficult to identify it in Vodka Mudshake (which looks and tastes rather like a chocolate milkshake), particularly the males — only 51% thought this beverage contained alcohol. 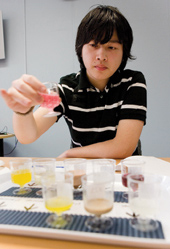 Bear in mind, these were 18- and 19-year-olds with some experience drinking alcohol – it's likely younger drinkers would find it even harder to tell. In terms of taste appeal, alcopops were the most popular alcoholic beverage in our trial – 60% of participants liked their taste (not far behind the 77% who liked the soft drinks), compared with 25% who liked wine and 38% beer.

According to one participant, "That's what these are great for – because they do taste like soft drink, it's good for kids that have no alcohol experience whatsoever, so they don't have to taste the alcohol and they don't realise how drunk they're getting."

They're even more appealing when you're younger, according to our 18- and 19-year-olds. "I used to drink all of these when I was a bit younger ... like when I was at school," said one participant.

We invited 78 teenagers aged 18 and 19 years old, roughly half of them male and half female, to take part in our taste test of a range of drinks that included beer, white wine, four kinds of soft drink and four alcopops – 10 drinks in total. Samples were unbranded and each participant received them in a different order. Each participant tasted all 10 samples.

The alcopops used in the taste test were:

For each sample, participants were asked if they thought the drink contained alcohol, and whether they liked the taste and found its colour appealing.

Since reporting on alcopop advertising in 2008, the popularity of these brightly coloured beverages has dropped somewhat. Even so, many trade tricks used by advertisers have stayed the same, and while alcopop manufacturers may argue they're exclusively aiming at the 18- to 25-year-old market, it's not surprising that the marketing still manages to reach millions of impressionable young teenagers.

Alcopop marketing in particular draws heavily on pop-culture references and young, hip images to create a sense of identity and individual style, clearly appealing to the young, fashion-conscious consumer.

The maker of Vodka Cruiser, for example, conveys a trendy, cool and popular product image by advertising the drink alongside pictures of parties, beaches and music festivals. Such marketing cleverly uses the knowledge that young people today choose their drinks to reflect who they are and who they want to be. As one of our female participants in 2008 told us: "I think with girls, if they see another girl that's 18 or 17 [drinking alcopops], and they're 15 or 16, they think it's cute ... like the bottle."

In relation to alcohol advertising, there are two complementary industry self-regulation codes: the Australian Association of National Advertisers' (AANA) Advertiser Code of Ethics (which applies to all forms of advertising) and the Alcoholic Beverages Advertising Code (ABAC).

In addition, many of the larger companies have their own marketing code of practice. The codes give guidelines for advertising with specific reference to children and adolescents, but there are some gaps – a major one being the internet.

When we looked at online advertising in 2008, we found some examples of alcoholic drinks being advertised alongside teen-friendly products. WKD ('wicked') Original Vodka Blue, for example, was pitched alongside promos for the latest teen movies and Nancy Drew games on girl.com.au – an online girls magazine that "addresses issues which face today's youth".

This was at odds with a message on the website of WKD drinks owner, Beverage Brands, which states: "The marketing of our brands is strictly targeted at the 18-plus age group." After CHOICE contacted WKD, the item was removed from the website.

Even today, while the ABAC extends to websites owned or endorsed by alcohol beverage brands, there's no stipulation as to what kinds of third-party site are deemed acceptable for online alcohol ads.

Teenage drinking: are alcopops to blame?

It's clear from CHOICE'S test that the use of sweet flavours reduces the natural resistance many teenagers have to the strong and (to many of them) unpleasant taste of alcohol.

In fact, it's long been argued that alcopops entice youngsters to begin drinking at an earlier age and that they're associated with more frequent drinking and binge drinking in young people. And the way these products are marketed hardly deters young drinkers from aspiring to drink them.

This does not necessarily mean teenagers are drinking less though. In 2008, the former Labor government put a 70% tax on alcopops to discourage binge drinking among young people. However, a 2013 study on alcohol related hospital visits by the University of Queensland found no significant drop in drinking among 15–29-year-olds.

It's difficult for parents of young teenagers to know what approach to take with alcohol.

Do you introduce your children to alcohol in an attempt to educate them to be discerning about drinking or encourage them not to use alcohol until they reach the legal age? Is it appropriate to provide your teenager with alcohol to take to a party? Is there something you can do to help your teenagers avoid alcohol-related harm?

Unfortunately, there's little in the way of official guidelines for parents to follow. However, a government report conducted by the Australian Institute of Family Studies concluded that there's a number of key messages for parents on the topic that might help.