Is gourmet salt better for you?

Are Himalayan and other specialty salts really any different to table salt? And do their health claims justify paying a price premium? 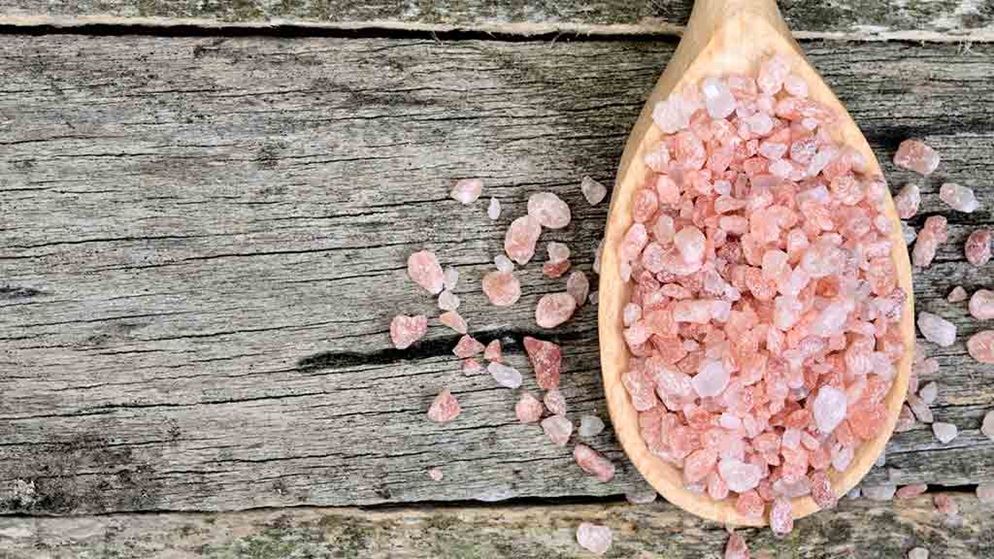 Take health claims with a grain of salt

Himalayan pink rock salt and other gourmet rock and sea salts can cost a lot more than regular table salt. Some claim to contain minerals essential to our health, but are they really better for us? We look at the truth behind the marketing.

This article also compares the price of Himalayan and other specialty salts to regular salt, and reveals what type of salt to use when cooking.

You can pay from two to 30 times as much for gourmet rock or sea salts as you do for regular salt. Paying a price premium can get you a salt that's "made by the action of sun and wind on pristine Australian sea water", "harvested from the crystal clear seas on the east coast of Tasmania" or "handcrafted in small batches". It can also get you pink salt that's "found naturally deep inside the pristine Himalayan Mountains" – and has racked up a fair few food miles by the time it gets to our supermarket shelves.

Some specialty salts, however, claim to have a nutritional edge.

Is Himalayan salt better for your health?

But according to the experts, these types of claims should be … well, taken with a grain of salt.

"Any health benefits from the trace amounts present would be offset by the detriment caused by the sodium content. Australians in general already eat too much salt, with much of it coming from the packaged food we're eating, so we're better off not adding salt to our food at all," she says.

Heart Foundation dietitian Sian Armstrong says, "From the Heart Foundation's perspective, salt is salt. All different types of salt – whether it's gourmet or table, flakes or rocks – contain sodium, which is the part that's damaging to health.

"Gourmet salts may, or in some cases do, contain essential minerals, but they're in tiny amounts. To even get close to the recommended daily intake for those minerals you'd need to eat enormous amounts of salt, which isn't good for you or even realistic. All of those essential minerals can be found in foods like fresh fruit and vegetables, and it's far better to eat those instead," she adds.

"We frequently get questions from the public about the supposed health benefits of certain salts, and people are definitely being misled by claims which aren't always backed up by science. There's a lot of misinformation out there, so our advice would be not to buy into the marketing hype."

If a food manufacturer claims its product contains certain nutrients, it's making a 'nutrition content claim', the use of which is regulated by the Food Standards Code.

Nutrition content claims need to meet certain criteria – a food labelled as a 'good source of calcium' needs to contain no less than 25% of the recommended daily intake (RDI) of calcium in a serve, for example. And if it claims the presence of a nutrient, a serving of the food must contain at least 10% of the RDI.

Recent analysis of 25 rock and sea salt products, both specialty and standard, found most nutrients (and contaminants such as arsenic and lead) were either not detectable at all, or only present at levels of less than two percent of recommended (or tolerable) levels.

The researchers, from the Swiss Federal Food Safety and Veterinary Office, concluded that while there's no toxicological risk from consuming specialty salts, there are no nutritional benefits or advantages either. The results also suggest that a serve of specialty salt is very unlikely to provide 10% of the RDI for any of its claimed 'beneficial minerals'.

The NSW Food Authority, one of the agencies administering the Food Standards Code, has already taken enforcement action against a supplier to amend its labels for making claims about the presence of minerals in its salt. We've provided details of the products we found making label claims about their mineral content to the relevant enforcement agencies for assessment.

How much salt is too much?

Research published in the Medical Journal of Australia estimated that Australian adults are eating 9.6g of salt a day – well above the World Health Organization-recommended maximum of 5g per day. The analysis of data from 31 published studies involving more than 16,000 people determined the average daily salt intake was 10.1g for men and 7.3g for women, and that intake hasn't decreased over the past 25 years.

It's the sodium in salt that's bad for our health. Too much in our diets can lead to high blood pressure which is a risk factor for stroke, heart attack and chronic kidney disease. One gram of salt contains around 400mg of sodium, so to stay under 5g of salt a day we need to limit our sodium intake to about 2000mg.

But reducing your consumption isn't as simple as sprinkling less salt over your fries or removing the salt shaker from your dining table. About 75% of the salt we eat is from processed foods – think bread, breakfast cereal, crackers, simmer sauces, processed meat, cheese, soups, instant noodles and other ready meals.

Eating more fresh foods – and fewer processed foods – is a good start. And choosing a lower salt option among similar packaged foods by checking the sodium content on the nutrition information panel can help too. As a guide, food with less than 400mg salt per 100g is good, and less than 120mg per 100g is best.

If you needed another incentive to limit your salt intake, consider this.

It's no secret that our oceans are accumulating plastic pollution, whether it be from mismanaged plastic waste or primary sources such as the microbeads and microfibres in personal care products and synthetic clothes. Now microplastics have been detected in consumer salt products originating from a number of countries including China, France, Australia, New Zealand and most recently the US.

Researchers at the University of Minnesota tested 12 different kinds of salt (including 10 sea salts) bought from US grocery stores. They found Americans could be ingesting upwards of 660 particles of plastic each year if they follow (US) health officials' advice for the maximum recommended salt intake, even more if their intake is higher.

If you're buying salt to use at home (in moderation, of course) it's helpful to know which type of salt to use for what, and why – particularly if you're spending extra dosh on the gourmet variety. We asked Australian chef and restaurateur Matt Moran for his advice.

Taste – is there really a difference?

"For me, specialty salt choice is a matter of personal choice," says Moran. "To the novice you probably won't taste the difference unless you compare them side by side. I would suggest tasting a few different salts on something that you enjoy eating – hot chips, a nice steak, or some roast chicken," he says. "For instance with the chip, how do the different salts season the potato? Does it stick to the chip or fall off? Does it give texture? Is the flake too big and all you taste is salt?"

Click here for the full list of price-comparison data and an accessible text-only version of this infographic.