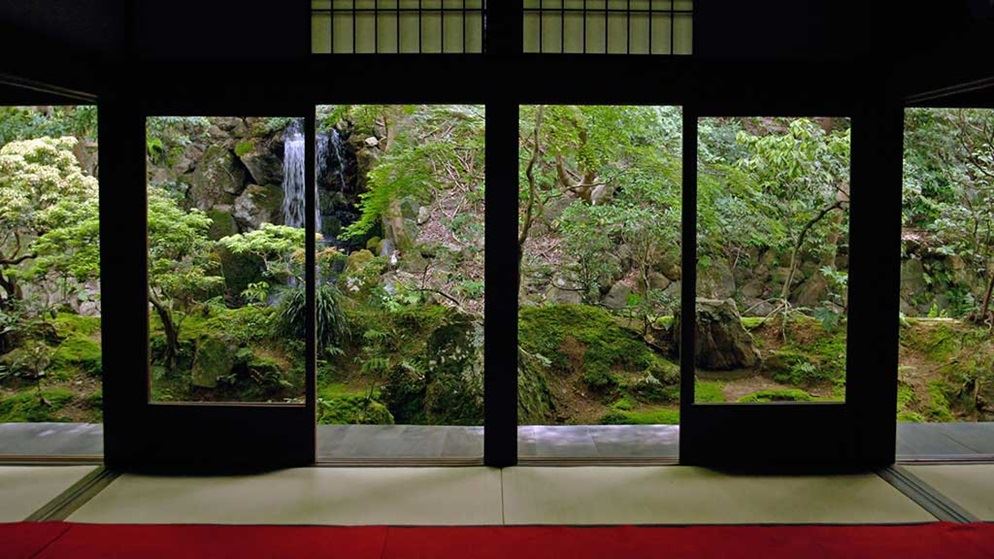 Getting from Tokyo or Osaka airport to your hotel, and the best sites for booking trains, buses and accommodation - download the Japan travel guide.

If you're entering Japan as a tourist on your Australian passport, you probably won't need a visa. Immigration should be a fairly easy process, although there may be queues.

Most flights from Australia will arrive at Tokyo Narita Airport or Osaka Kansai Airport.

Trains are one of the best ways to travel in Japan. The Shinkansen (bullet) trains are world-famous for their efficiency and lightning-fast speeds of up to 320km/h. An extensive rail network covers Japan's four main islands, connecting almost every town and city. About 70% of trains are run by Japan Railways, the other 30% are privately run (see this list of operators).

There are two classes of travel: ordinary class and 'green car' (first class) which is more spacious. A few services offer sleeper carriages (for example, Tokyo-Sapporo) but the high-speed trains have mostly eliminated the need for these.

Tickets can be expensive (tip: the faster the train, the pricier the ticket), so it's often worth investing in a seven-day, 14-day or 21-day Japan Rail Pass. There are also regional rail passes for travel within certain areas. A rail pass will often work out cheaper than even one long-distance return ticket, so it's worth comparing prices.

Tip: If ordering a Japan Rail Pass, consider adding a Japanese SIM card to your order. For $80, a CHOICE staffer bought a data-only SIM that gave him 100MB per day (shaping to 128kB when used up) and lasted for his entire month of travel.

A Seishun Juhachi Kippu pass can be a big money-saver if you're travelling between certain dates during Japan's school holidays. Available at train stations, the pass gives you five days of unlimited travel on Japan Rail local and rapid trains (not on express or bullet trains). Using a Seishun pass you can still travel long distances across the country - only at a slower rate and a much cheaper price.

You can search train timetables and compare fares at jorudan.co.jp or hyperdia.com but reservations can't be made online from Australia.

Tickets can be purchased from vending machines or ticket booths at stations. If you have trouble making yourself understood, write down where you're travelling from and to, on what date and time, and in which class. Some train stations have English-language forms that you can fill out.

Buses are a much cheaper alternative to trains. Many long-distance routes run as overnight services at a fraction of the price (and a fraction of the speed) of express trains. Tickets can be bought at bus and train stations or at tourist information offices. Many bus companies don't have English-language websites but one of the major providers, Willer Express, accepts online bookings at willerexpress.com. The company also offers a three- or five-day Japan Bus Pass - a much cheaper alternative to the Japan Rail Pass.

Tip: The Japan Rail Pass is accepted on some bus services operated by Japan Railways.

Japan is made up of more than 6000 islands, so boats and ferries are a common (and very scenic) means of transport. Daytime and overnight ferries connect the main northern islands of Honshū and Hokkaidō and the southern islands of Kyūshū and Shikoku, with ticket classes ranging from a tatami mat on the floor to a private cabin. Although many people prefer the speed and convenience of flying, ferries tend to be much cheaper, and they're the only way to transport a car or motorcycle between the islands.

See japan-guide.com for national route maps and timetables. Ferries are operated by many different companies, most of which don't have English-language websites. Tickets can be booked at ports or through tourist information offices and travel agents.

Japan's domestic airlines include All Nippon Airways (ANA), Japan Airlines (JAL), Skymark, Air Do, Skynet Asia Airways, IBEX Airlines and Starflyer. If you're planning on booking more than one domestic flight, particularly to any destinations that would normally incur a high fare, consider a oneworld 'Welcome to Japan' or 'Yokoso' discount pass from JAL or a Star Alliance Japan Airpass from ANA. Both passes offer set prices with discounts for up to five domestic flights.

The best way to get around towns and cities varies from place to place, but you'll find excellent public transport networks and taxis almost everywhere you go. If you're planning to use public transport, it's worth picking up an IC card - a pre-paid pass for use on buses and trains - at the beginning of your trip. IC cards have become widely accepted as a form of payment in shops, cafes and vending machines. The cards can be bought and recharged at train stations across the country.

Taxis in Japan are almost always licensed and metered. You can spot a licensed taxi by its green number plate. Fares aren't cheap, compared to using public transport, and in most cities they'll increase by around 20% at night.

Drivers aren't likely to speak English, so it's best to have the address of your destination written down or to point it out on a map. Japan's taxi drivers are generally very trustworthy and there's little need to worry about the kind of scams and rip-offs common in other Asian countries.

Tip: Most taxis now accept credit cards, but be sure to ask before you get in. Drivers will not expect to be tipped.

Although Japan has an excellent public transport system, you may want to consider hiring a car if you're travelling to rural areas or want more freedom to explore.

Budget, Avis and Hertz also operate in Japan, but they generally act as agents for the local companies, so their rates will probably be no better. They will, however, be easier to communicate with in English.

You can book car rental either through the above company's sites, or through the English-language comparison sites japan-experience.com and tocoo.jp.

Japan has an extensive network of good quality roads that are relatively safe and easy to navigate. Congestion and expensive parking, countered by cheap and easy public transport, makes driving unappealing in cities, but it's worth considering if you're venturing out of town.

Accommodation options range from traditional ryokans (Japanese inns) to Tokyo's famous space-saving capsule hotels. Prices aren't cheap, especially compared to the rest of Asia, but gone are the days when the Australian dollar could hardly buy you a postage stamp in Japan. In most areas you'll find accommodation prices comparable to Australia or Western Europe.

Bookings can be made on the usual sites, such as booking.com, hotels.com, expedia.com or hostels.com. You may find a more competitive rate through the hotel's own website (if it has one) or through local sites such as japanican.com, ryokan.or.jp or jalan.net. Check customer reviews on Tripadvisor before you book.

Tip: Airbnb can be a great place to find a cheap apartment rental or a homestay with locals.

Tours can be organised once you're in Japan, or in advance through an international tour agent such as intrepidtravel.com or a specialist agent such as jtbtravel.com.au or japanpackagetours.com.au. Search Tripadvisor or Viator for reviews and recommendations from other travellers. For short tours and day trips, consider waiting until you're in the country - you're likely to have greater choice and find better deals, or you may discover it's easy enough to find your own way around.

Package tours are a low-stress option for travellers who don't want to organise their flights, accommodation and on-the-ground transport separately. Ski packages to Japan are particularly popular with Australian travellers. For deals, check with airline and travel booking sites as well as with travel agents.