How clean is your your hotel bed? We investigate the cleaning practices of Australia's top five hotel groups. 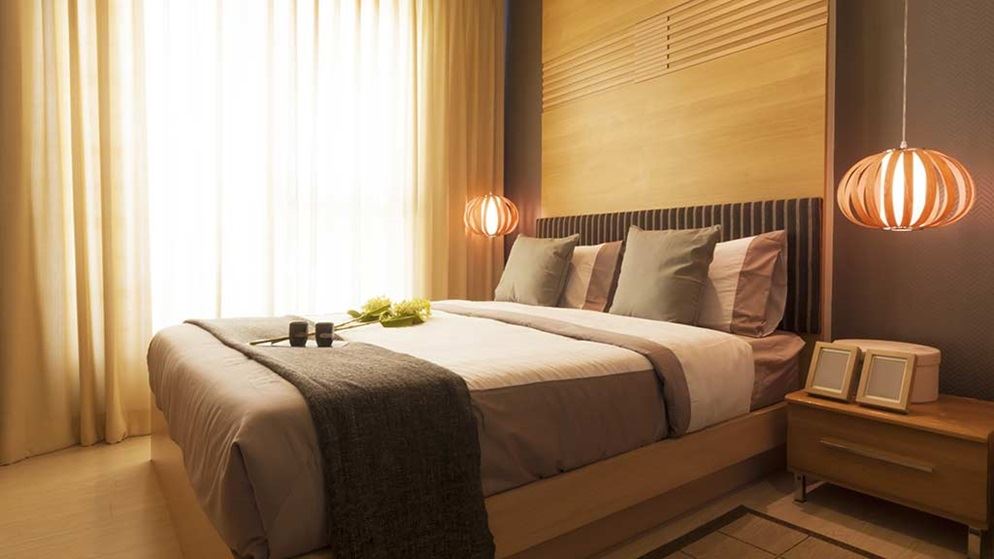 Your hotel bed under the microscope

When you check in to a hotel you're buying a good night's sleep. You enter the deal with certain assumptions: a fundamental one is that the bed itself will be clean.

So why are the major hotel operators in Australia so reluctant to talk about bed hygiene?

In this investigation we cover:

CHOICE polled the top five hotel groups by number of rooms ­– Accor, Mantra Hotels Group, Choice Hotels International, Quest Apartment Hotels and Event Hospitality, representing a total of more than 66,000 rooms across Australia – and asked detailed questions about what they, or their cleaning contractors, do to sanitise mattresses or keep them free of bed bugs, dust mites and bacteria. They were also asked what they tell guests about it.

Although Accor and Quest provided assurances that bed hygiene was a priority, none of the companies were willing to address specific questions regarding sanitisation and cleaning methods, frequency or standards.

Choice Hotels International refused to provide any information at all, and Event Hospitality did not respond to requests for comment. None of the other three groups would divulge what guests are told about mattress hygiene.

One companies' media spokesperson complained that "Queensland Fair Trading has already asked all the same questions and that investigation was dropped, so why has this come up again?" – of which, more later.

Accor, responsible for the Sofitel, Mercure, Ibis and Novotel chains, among others, and the biggest group by number of rooms, said it had received no enquiries from guests about "health issues or concerns related to mattress sanitisation". It said it used mattresses chemically treated to resist bacteria and "where the mattress is compromised, a replacement is put in place".

Mites on the loose

As it stands, there are no uniform standards or best-practice guidelines around how – and how often – hotel mattresses should be sanitised, nor is there a single regulatory body responsible for overseeing such practices.

According to the World Health Organization (WHO), dust mites, which are less than a millimetre long, are found "in the bedding, pillows, mattresses, carpets and upholstered furniture of homes, where they feed on scales from human skin".

In a 2008 report the WHO found that sensitisation to dust mites had "been observed to be strongly associated with asthma in many areas of the world, including Australia, the United Kingdom, the mid-Atlantic and southern United States and especially New Zealand" and that the prevalence of asthma was rising.

The organisation cited research showing that the use of protective mattress covers alone was not sufficient to reduce exposure and allergic reactions in a domestic setting.

Dust mites feed on dander (discarded human skin) and will concentrate where skin scales have a chance to collect. The top of a mattress cover, even one designed to put a hypoallergenic barrier between the person and the mattress, would be a welcoming spot for mites if the mattress cover itself is not sanitised regularly.

Globally, the WHO also noted there had been a dramatic increase in infestations by bed bugs, which are much larger, spider-like insects, six to seven millimetres long. The body said it had coincided with governments clamping down on the use of the pesticides previously used to control the bugs and people's increased propensity to travel, carrying the highly resilient creatures with them. In Australia, the Institute for Clinical Pathology and Medical Research (ICPMR) has noted a 50-fold increase in bed bug infestations since 1999.

In the United States, websites such as Bed Bug Registry track reports of hotel infestations and publish guests' complaints. It claims to have received 20,000 such reports since 2006.

The bed bug scourge in Australia has yet to approach the scale of places like the US, but there have been a series of scares in recent years. The likelihood of human contact is increased once either a mite or a bed bug is on the mattress or bedding – and this is particularly critical in the case of bed bugs, which live off human blood and don't seem to bite people until they're lying down.

Such infestations are logically more likely if companies are allowed to make false claims about their ability to kill these creatures.

So why won't Australian hotels talk about such nasties or what they're doing to get rid of them?

Afraid of getting sued

According to one of Australia's biggest mattress manufacturers, it's not because of a lack of concern: it's because they're worried about being sued.

"They're very sensitive about the opportunity to put themselves in a position where there's potential for litigation," says Peter Deveny, group commercial director of AH Beard. One of the top three mattress makers in Australia, AH Beard supplies thousands of mattresses to hotels, which replace them after seven or eight years' use, on average.

"Certainly it's a big focus, particularly in light of the growth in incidence of bed bug infestations."

The WHO noted in its report that one aggrieved hotel guest in the US won a US$382,000 settlement. And in 2006 a single claim had been filed against a hotel seeking a stunning US$20 million.

But getting rid of the bugs is hard.

"The challenge we have is that the Australian strain of bed bugs is the most resistant," Mr Deveny says.

"The hotels … ask 'what have you got to kill bed bugs?' and my response is 'nothing'. None of the chemical treatments that work in Europe work here."

That raises another problem – mattress makers don't recommend using any kind of chemical treatment on their products as it can damage internal components, neutralise flame retardants or even introduce a new allergy risk.

But there's another reason why hotels in Australia are so sensitive about mattress hygiene.

CHOICE can reveal that the small industry that provides mattress sanitisation services to hotels has been the subject of controversial and largely futile attempts to clean it up during the past three years.

There are dozens of contract mattress cleaning companies, some organised as national franchises, many also offering the same services to domestic customers.

Complaints began in 2013 when Gold Coast company CleanTech brought allegations to the Queensland Office of Fair Trading (QOFT) that some of its rivals were making false and fraudulent claims about their services.

CleanTech complained that rivals were using dodgy devices consisting simply of small ultraviolet lights bolted to commercial vacuum cleaners that could not possibly work in a commercially viable time frame.

"If you're providing a service in this industry it seems you can say whatever you like and get away with that," Lee Kelman, the managing director of CleanTech, tells CHOICE.

After commissioning its own tests on several devices, the QOFT initially backed the complaint. The QOFT had found that some of the devices "had low or no irradiance" of UV light and therefore couldn't kill anything at all.

In November 2014 QOFT wrote to all accommodation providers, warning that "false and misleading representations that relate to sanitisation could result in exposure to harmful contaminants or allergens that could cause infection or serious illness in people, and include representations made verbally to guests".

In the letter, the QOFT warned accommodation providers they were committing offences under the Australian Consumer Law if they used such services and subsequently told guests their mattresses had been "sanitised".

But six months later the QOFT wrote again to accommodation providers with an "update" acknowledging the "uncertainty" in the industry caused by the investigation.

In its new advice the QOFT simply told hotels that "the level of sanitising a system provides should be discussed and agreed upon with your service provider".

"If sanitisation is being represented to clients then accommodation providers should ensure the service is not misrepresented," it said.

The QOFT confirmed one company, Britex Carpet Care Pty Ltd, had been issued an enforceable undertaking relating to false and misleading representations, and compliance letters had been issued to others. It said the matter was now closed.

Wendy Free, a scientific consultant and an expert on Australia's system for controlling therapeutic goods, says there's a hole in the nation's regulatory system where sanitisation services and devices are concerned.

"It's not only unregulated but none of the regulators want to have anything to do with it," she said.

Ms Free said Queensland's Office of Fair Trading was under-resourced and didn't have the required expertise. But other, better-resourced bodies were not helping much either.

"The APVMA (Australian Pesticides and Veterinary Medicines Authority) are in charge of insect repellants in Australia. Some complaints have gone to them and they don't want to look at it," she said.

On three other complaints, the TGA said it was referring them back to the "relevant State agency responsible for consumer protection" – meaning they will go back to where they started, at the QOFT.