Some companies make it too hard for consumers to contact them. 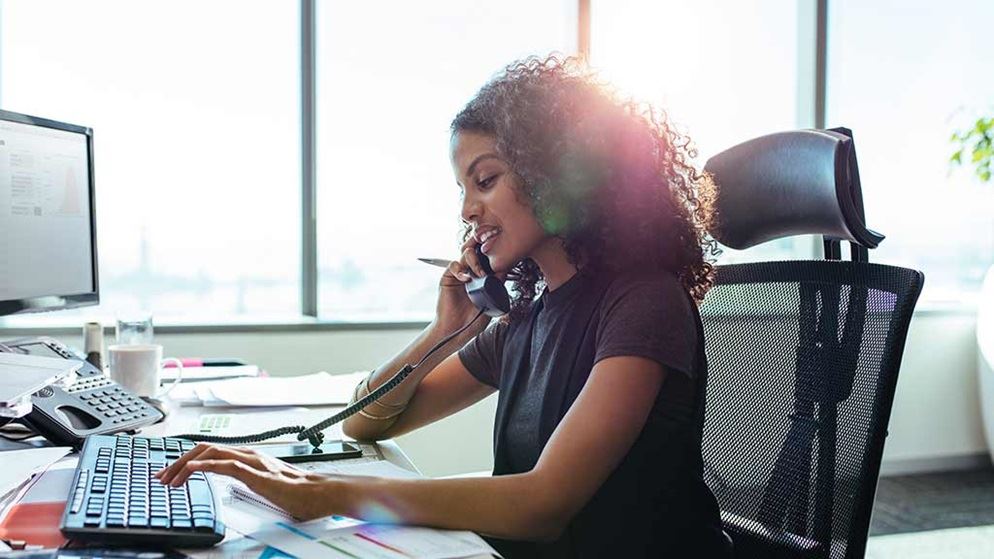 Ever had a complaint about a product or service, but found the company impossible to contact? Or when you finally do get through with a phone call or email, they just won't respond? We know the feeling.

When it comes to contacting companies with a complaint, query or request for technical support, consumers can sometimes find themselves stuck in a rabbit warren of forms that go nowhere, unanswered phone calls, and emails that disappear into the ether.

All businesses, whether online or bricks and mortar, should make it easy for customers to get in touch. Offering just one form of communication is limiting and can even be discriminatory.

Providing only a phone number can be problematic for people who find it difficult to communicate over the telephone. And only offering online channels for communication can stop those without internet access from having their say.

At the minimum, businesses should:

Businesses spend a lot of time and money trying to lure consumers. Whether it's furniture, appliances, apps, music, electricity or a phone line, we're constantly bombarded with offers, specials and sales. But CHOICE has found over the years it's how companies deal with complaints or problems that's the real test of their worth.

Dr Nichola Robertson, senior lecturer in marketing at Deakin Graduate School of Business, says the impact of this sort of poor customer service can be significant. "When a consumer has a problem, they want to speak to someone to resolve that problem. If that contact isn't available, customers can become dissatisfied. Some companies do customer service very well, but then there are those who are trying to hide customer support or have minimal support, offering only one channel, and invariably their customer will be dissatisfied.

"Increasingly, customers have more and more power and expect multi-channel contact," she says. "Evidence shows not giving customers a choice in how they can contact you is likely to make them unhappy."

Contact forms, in the absence of other options for making contact, can also be annoying for consumers. "Generally speaking, customers are wary of web forms because they feel they're not going to be responded to," says Robertson. "We've had people say they'd rather communicate with an interpersonal channel, especially if the customer doesn't get an indication of receipt of web form, or when they will get a response."

In 2013 CHOICE contacted Myer, David Jones, Freeview, McDonald's, Coles, Woolworths and the Hilton Sydney via their web forms (some of these companies do also provide alternative contact details) with a simple question. Results were mixed.

Neither department stores Myer and David Jones nor digital switchover facilitator Freeview acknowledged receipt of the submitted forms, or let us know how quickly we could expect a reply. A Myer and David Jones representative did answer our question within 24 hours, however. Freeview's website stated "A representative of Freeview will respond shortly." They never did.

The Hilton Sydney didn't acknowledge receipt of our web form, but did respond to our query within an hour.

Supermarkets Coles and Woolworths and fast-food chain McDonald's also automatically acknowledged receipt of our form with an email. While Coles stated a reply would be sent "as soon as possible", it took eight days to respond. Woolworths told us they try to answer queries within 24 hours, and took 27 hours to reply. But even though McDonald's told us it would take a whopping five to seven working days to get back to us, they replied within 24 hours of our query.

With some companies making it so difficult to find their contact details, or leaving you on hold or waiting for a reply email for so long, it's hard not to conclude they're intentionally trying to prevent their customers from being able to contact them.

When CHOICE asked consumers to dob in companies they've had problems getting in touch with, the response was resounding. Several members nominated Facebook. When CHOICE tried to get in touch with the site, we couldn't find their contact details anywhere, and were only able to contact them via issue-specific forms.

Among the consumers who shared their Facebook experiences with us was Tony: "I resorted to writing to their registered address in Australia. They opened the letter and re-sealed it, and marked it return to sender. I eventually got through to them – registered mail to Sydney and to their American address."

Also named and shamed for making their contact details difficult to locate, not responding to consumers' queries or giving consumers the old run-around were:

"It's extremely short-sighted," says Robertson. "Any opportunity a customer has to get in contact with your company is a branding opportunity, not an expense to be minimised.

"If they can't get in contact, they're likely to tell their friends and family about their negative experience. They may not come back to your organisation, so you're losing repeat purchase behaviour. Or, they may take to social media, where the audience is a lot wider. In some industries they might go to the ombudsman. They're not going to just go away.

"From a long-term perspective, why would you hide your details? You don't want consumers to engage in detrimental behaviour."

I can help you, but I have to charge

All the above examples are aggravating to say the least, but even more galling is when a company provides a premium service phone number for customers to call – at the customers' expense.

We gave a Shonky Award in 2013 to EA Games for this practice. They offered a 1900 number that attracted a fee of $2.48 a minute. We spent five minutes and 30 seconds on the phone to the games developer, which cost us $14 – and it would have been more from a mobile –and our query was still not resolved.

"We apologise to our players in Australia who were charged while calling to get support for their games. We agree with the sentiment that customers should not have to pay unreasonable costs for support, and have taken immediate steps to rectify this situation."

That's a win for consumers, who should be able to receive technical support for products they've purchased without having to pay a fee.

You can tell if the company you're calling has a premium service number as it will have a 190x prefix.

Laying down the law

In some circumstances, such as door-to-door sales or telemarketing purchases, companies are legally required to provide their contact details to consumers. Generally though, the Australian Consumer Law does not mandate that contact details be provided for consumer complaints.

However, under law, businesses must provide consumers with the ability to return faulty goods for repair, replacement or refund. And in the case of a recall, suppliers must provide details about what to do with recalled products and how to go about getting a refund.

If you can't find any contact details for an Australian online retailer, you can check the Whois Registry. It lists email addresses and names of the owners of Australian website addresses. This search may reveal a parent company, whose contact details you can Google, or you can attempt to get in contact using the supplied email address. There's no guarantee you'll get a reply, but it's a start.

If you're unable to contact a company or business about an issue with a product or service you've purchased, the department of consumer affairs or fair trading in your state or territory can help. And if the business hasn't provided you with sufficient information for you to enforce your rights under the ACL, that's a case for the ACCC.

Angela downloaded a Microsoft Office trial, but decided to cancel her subscription before the trial finished and monthly subscription fees kicked in. But she found she wasn't able to log in to her account to cancel her membership.

Microsoft's options for contacting a customer service agent in Australia include a phone number and a live chat, and Angela chose the latter option. First, the customer service agent told Angela her account didn't exist, and that she'd have to escalate the issue via a call centre – in the UK, which she claimed was the nearest centre to Angela.

"When I asked the agent if she knew where Australia was, she told me she needed some time to 'research the issue'," says Angela. "I went round and round and they couldn't or wouldn't help me."

Luckily, Angela's persistence paid off, and eventually the problem was fixed. "But I wasted a lot of time trying to get it resolved."

In the course of CHOICE's testing and investigation work, our journalists and researchers often need to get in touch with companies. Some are forthcoming with information and happy to help us out, even in cases where they may not be happy with the results of our investigations. Others, however, take a less conciliatory approach.

Some companies may not speak with us because we've been critical of them in the past – certainly, talking to the major supermarkets has become increasingly problematic since CHOICE's major investigations into the big two. Others don't have the time, or the inclination, to communicate.

Chris Shaday, leader of CHOICE's content research team, says companies provide a number of reasons for their reticence. "Sometimes they disagree with previous test results, they do not know who CHOICE is, do not see CHOICE as important for their business, or they are genuinely busy."

Shaday says some companies, such as Sunbeam, are very cooperative, while others, such as DeLonghi, are less so. "DeLonghi stopped talking to us when they disagreed with some test results on espresso machines, but the silence continued even after they performed well in further testing. They've taken the view that dealing with CHOICE takes too much effort."