Affected by menopause? We take you through the treatment options, from hormone replacement therapy (HRT) to alternative medicine. 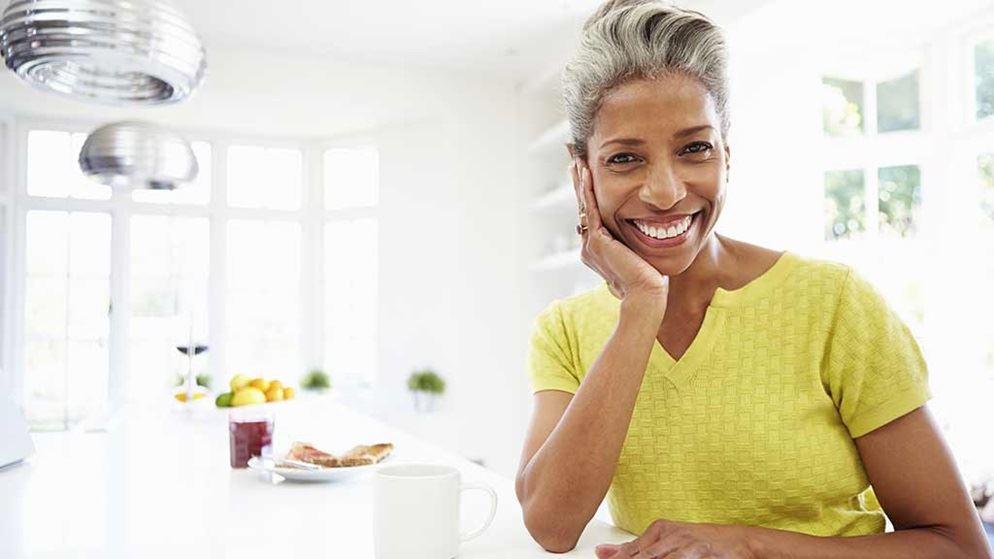 Despite what tampon ads on TV show, having periods isn't always a fun, frolicking-about-in-a-white-bikini experience. In fact, many women can't wait till they're over. But menopause isn't exactly fun either, with symptoms like hot flashes, night sweats, vaginal dryness and depression impacting on quality of life.

The good news is that effective treatment is available, and though results may vary among women, a bit of trial and error in collaboration with your doctor will likely turn up the right medication to help you.

In 2002, a major American study involving hormone-replacement therapy – the Women's Health Initiative (WHI) trial – was stopped early because researchers were concerned about the increased incidence of breast cancer, heart disease and blood clots among women taking the hormones.

The ensuing media frenzy prompted many women to abandon the treatment, instead putting up with the discomfort caused by menopause symptoms, or turning to alternatives.

However, when the WHI findings were reanalysed taking age into account, it was found that for the target market – women under 60 – the take-home message was that the benefits likely outweighed the risks.

That HRT increases the risk of breast cancer isn't denied. However, that increased risk is small in absolute terms. Analysis of the WHI study found that among women in their 50s who took HRT for the first time, there was no increase in the risk of getting breast cancer.

After more than five years, the risk appears to increase, and is comparable with the increased risk of that of women who:

Within five years of stopping HRT, the risk returns to normal levels.

There is concern about HRT and the increased risk of blood clots either in the lungs or presenting as deep vein thrombosis, especially among women who are obese or have other risk factors for clotting – something for which women should ideally be screened before commencing therapy.

There are ways of reducing the risks of side-effects, including lowering HRT doses, using oestrogen-only therapy (only for women who've undergone hysterectomy) and starting HRT near menopause. There's some evidence that using skin patches rather than tablets can also reduce the risk of clots.

Apart from reducing the severity of symptoms associated with menopause, the benefits of HRT include a reduced rate of fractures related to osteoporosis – although the risk returns to normal after HRT is stopped – and reduced rates of colorectal cancer.

What about 'natural' hormones?

Uncomfortable with taking so-called synthetic hormones in HRT, many women prefer the idea of 'natural' or bio-identical hormones. Some swear by them, finding they're very effective at relieving menopause symptoms. A doctor tests your blood or saliva for hormone levels and tops them up to so-called natural levels by having a compounding pharmacist tailor-make a preparation for you.

They're more expensive than HRT, partly because they're not subsidised by the government. And some medical authorities, including the Jean Hailes Foundation for Women's Health, warn against them.

The main risk with bio-identical hormones is that they're not regulated in the same way as other hormonal treatments, and they could be ineffective - or worse, dangerous. One major concern is increased occurrences of uterine cancer, due to the ineffectiveness of progesterone in opposing the effects of oestrogen on the endometrium. Several such cases have been reported.

Legal loopholes mean they may also contain hormones that aren't approved by the Therapeutic Goods Administration (TGA) for use in Australia. Critics also point out that just because the hormones come from natural sources such as yam or soy, by the time the active hormone is extracted it's chemically no different from the equivalent so-called synthetic hormone in HRT, which also happens to be extracted from natural sources, including yam, soy or … horse urine. Yum!

We found more than 20 herbal remedies on the market that claim to relieve the symptoms of menopause. Following are some of the main ingredients and their likely effectiveness:

This North American root and rhizome is the most well-researched herbal product on the market. However, the results of clinical trials are mixed, with some studies finding it's better than a placebo and others finding that - while symptoms are indeed reduced - the effect isn't much better than a placebo.

These came to prominence after it was observed that Asian women, who typically eat a lot of soy, don't experience the same discomfort from menopausal symptoms as Western women. While it's possible this has a cultural basis, or could have more to do with the relatively high vegetable/low meat intake of Asian women, soy's mild oestrogenic properties could be at least partly responsible.

A review of studies of soy extracts found that about half had evidence they helped, and half didn't. The differences in results could not be explained by the quality of studies, dosage or severity of symptoms. The contradictory evidence makes it difficult therefore to provide an overall conclusion.

It's suggested that about one in three people respond better to these isoflavones than others, because they're able to convert one of the isoflavones, daidzein (which is also in red clover extracts, below), into equol - a more potent oestrogenic substance.

Like soy, red clover is a legume rich in isoflavones. There is some evidence it works, but it's not conclusive. While a few small studies – of questionable quality and/or funded by the manufacturer – concluded it was effective in reducing symptoms, a placebo was also found to be effective. An analysis of results pooled from all available studies found there was no difference between red clover supplements and a placebo.

Clinical trials in China of Chinese herbal medicines have found them effective in reducing the symptoms of menopause. Women experience menopause differently and require different herbal combinations, so a qualified TCM practitioner assesses each woman and her symptom profile and prescribes particular herbs accordingly.

Because there's no one-size-fits-all formulation, it's difficult to test in the way Western clinical trials are conducted.