Not sleeping well can leave you trapped in a waking nightmare. We help you find the right sleep aid to have you drifting off in no time. 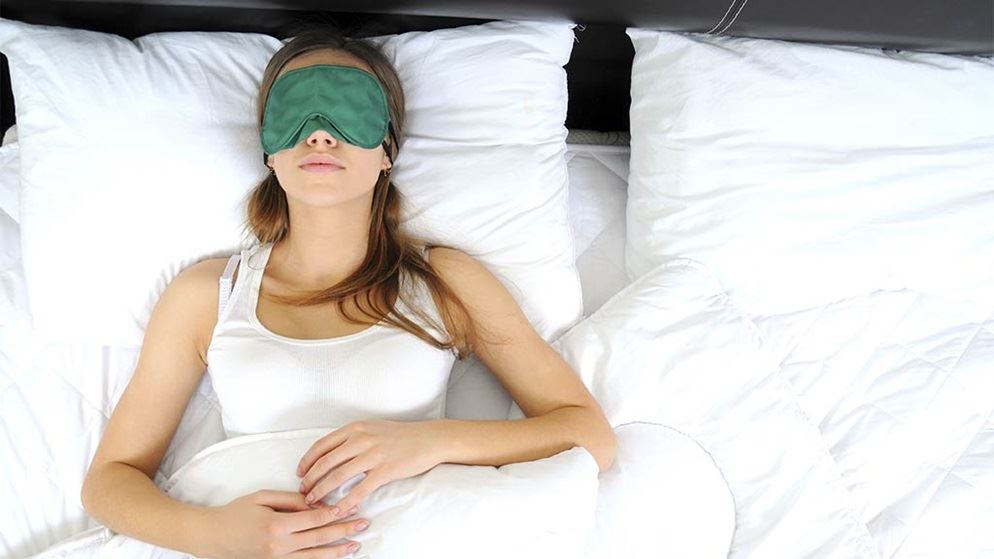 There’s no rest for the wicked, but even those of us who swear we've been good can suffer from sleeplessness too. Whatever the cause – and there are more of them than sheep to count – there are ways to help you lay your insomnia to rest. Estimates vary, but something like 10-40% of the population has trouble from time to time, either with getting to sleep or staying in the land of nod once they finally arrive. For up to 15% of people, sleep problems are a long-term difficulty.

Perhaps brought about by a major life stressor like ill health, a new job or a relationship break-up, even a few nights'poor sleep can leave you feeling irritable, lethargic and with a sense that you’re functioning well below par.

Over a period of time, insomnia can affect your work, health and relationships – not to mention your mental health in general. And a constant inability to get to sleep or stay asleep may well have you pondering whether to get a little chemical or herbal assistance. From the chemist, of course.

We asked the experts and had a look at the evidence available to find out how safe and effective sleep-improvement products are. We also sought advice and got some tips to help you get the proper night’s sleep you’re craving. So rest assured, sleep problems can be treated, and we can help you find the right approach.

Wake up, there’s more to read!

We shopped around and found 15 complementary products consisting of preparations that contained:

Only three preparations didn’t contain valerian at all.

Of all of the popular herbal sedatives, valerian has undergone the most clinical trials to establish its effectiveness and safety as a treatment for insomnia. It also has a very long tradition of use as a medicinal herb. Although some of the clinical trials showed possible benefits of valerian as a treatment for insomnia, results were contradictory and therefore inconclusive.

According to the labels of our valerian preparations, they contained between 86 and 2500 milligrams of valerian per tablet or capsule. Those that contained less than 1800mg recommended taking two or more at a time, usually 30 to 60 minutes before bed. In clinical trials, doses of valerian root extract to treat insomnia ranged from 300 to 900mg, administered 30 minutes to an hour before bed. But in the products we purchased, the recommended dose of valerian ranged from 258 to 4000mg – a huge variation between brands.

Valerian is also described as “standardised” on many of the labels, but according to Australia’s medicine regulatory body, the Therapeutic Goods Administration (TGA), there’s no definition of the term “standardised” in the legislation.

Although valerian seems to be generally benign, there have been rare reports of liver damage from overuse. Stomach upset, headache and vivid dreams are some other, rarely reported, side effects.

Valerian shouldn't be used during pregnancy or breastfeeding, as its safety hasn't been established in these scenarios, and one of the active components in valerian preparations has been shown to be able to cause DNA changes in cells. Although risk of cell damage is probably low, it may not be something you’d want to use regularly.

There’s also evidence valerian might take a couple of weeks to become effective, by which time the insomnia might have gone away naturally anyway.

It does seem that valerian has potential as a sleep aid, but most experts agree that further trials are needed to find out more about this herb and its effects.

The remaining complementary preparations we bought contained a variety of herbs including passionflower, hops and chamomile. These herbs, while traditionally used to treat anxiety and sleeplessness, have limited or no clinical trials to support their safety and efficacy as sleep aids.

Some of the products also contained vitamins and minerals such as calcium, magnesium, vitamin B6 and vitamin K. We couldn’t find any evidence to say the small amounts in these preparations would induce relaxation or sleep.

Most of the products claimed to relieve or help relieve insomnia and sleeplessness, although a product distributed by Nutra-Life claimed to “help calm and reduce nervousness and aid relaxation, particularly in cases of sleep disorders.

We contacted the manufacturers to ask for supporting evidence. Out of 10 companies, five replied (Nutra-Life, Brauer, Blackmores, Carlson Health and IPA, distributor of Soul Pattinson goods), but none added anything significant to the limited evidence we could find for the ingredients. However, all the complementary products are listed with the Therapeutic Goods Administration (TGA), which means they contain well-established ingredients used for a long time and are considered by the TGA to be low-risk.

It’s worth noting that even with low-risk medicines there can be rare cases of adverse effects. For instance, an Australian woman was hospitalised after a severe reaction to passionflower. There have also been reports of liver damage from use of preparations containing American skullcap, which we found in one preparation. Although rare, these cases are a reminder to be careful when using herbal preparations. Remember, just because they’re ‘natural'doesn’t necessarily mean they’re 100% safe.

Always let your doctor know if you’re taking any kind of over-the-counter complementary medicine. Herbal preparations, like other drugs, can modify chemical processes in the body and interact with other medications. As we’ve often noted, the problem with herbal remedies is that ‘herbal'sounds safe, but they’re not tested in the same way as other medications.

The other option for over-the-counter sleep aids is antihistamines like promethazine and doxylamine. These may send some people off to sleep, but they can have the opposite effect on others.

The most notorious side effects of antihistamines are drowsiness or a 'hangover'feeling the next day, which may affect your work or ability to drive.

Who should avoid antihistamines?

Always tell your pharmacist about any medical condition you have or medication you’re taking, including herbal medicines, and always get a copy of the relevant Consumer Medicine Information and ask about anything you don’t understand.

If you do decide to try them, antihistamines are only recommended for short-term use. As with all sleep aid products, see a doctor if you don’t improve, as insomnia could be an indication of an underlying medical problem.

Some experts think that even though antihistamines may be acceptable during acute (short-term) insomnia, if medication is required it’s preferable to have a doctor prescribe the appropriate drugs. Although it’s easier to buy antihistamines over the counter, seeing a doctor is useful as they may be able to advise on other ways to combat insomnia. And prescribed medication for insomnia may be more effective, because, as one expert told us, “Antihistamines are worse than prescribed drugs because people’s reactions to them are varied".

Insomnia can be transient — that is, just occurring for a couple of days — or short-term, which generally means lasting for a couple of weeks. If it occurs at least three times a week for longer than one month though, it’s classified as chronic insomnia.

Sleep disturbance can be a secondary condition of an illness such as depression or cardiovascular disease, or as a result of physical pain, substance abuse or a side effect to certain medications. It can also be stress-related or due to poor sleeping habits (known as ‘sleep hygiene’). Other sleep disorders, which need medical attention, include narcolepsy, restless legs syndrome (an overwhelming urge to move your legs) and sleep apnoea.

Insomnia may manifest itself as a difficulty going off to sleep, constant waking throughout the night, or waking in the early hours of the morning and being unable to get back to sleep. As we age, sleep problems can increase, and older people commonly suffer from insomnia as a reaction to physical pain or as a side effect of medication or illness.

We’ve all managed to drag ourselves through a day at work after a late night, but having persistent insomnia can be physically and mentally distressing. Experts can paint a picture of how it might come about, and some people may be more prone to insomnia in the first place. Usually though, there’s an ‘activating event'– a stressful situation like moving home or having a sick child. Once sleep problems occur, the sufferer starts to expect them and to see themselves as an insomniac. They may find evidence as to why they’re not sleeping, put a lot of effort into trying to sleep and try to compensate by spending more time in bed. But then bed becomes a stressful, ‘unsafe' place to be, which only makes the problem worse.

What is sleep apnoea?

Sleep apnoea, a condition where the sufferer stops breathing for at least 10 seconds, over and over again throughout the night, can be divided into two types.

OSA can be brought about or hastened by factors such as obesity or weight gain, smoking, alcohol and sedative use. It may also be the result of a person’s anatomy, such as enlarged tonsils. If you suffer from sleep apnoea you’ll wake many times during the night (to start breathing again), although you may not remember doing so. These constant sleep disruptions usually result in daytime sleepiness. There are various treatment options for sleep apnoea.

If you are having trouble sleeping (and it's not sleep apnoea), there are alternative approaches to consider before you turn to sleep aids, including attending to issues of sleep hygiene.