We look at the treatment options for anxiety – including professional and self-help resources. 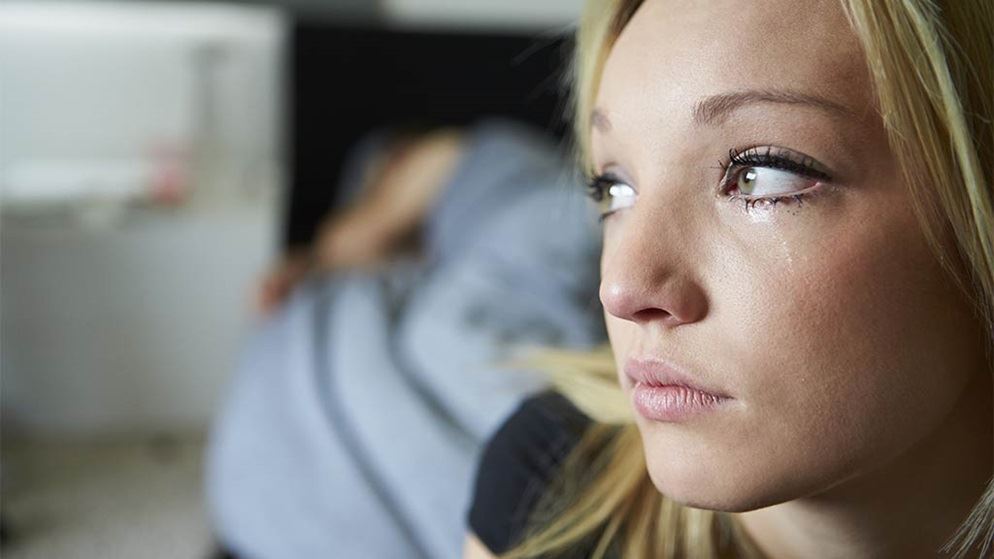 Are you suffering from an anxiety disorder?

If you’re struggling with anxiety then you're not alone. It's estimated that 26% of Australians will suffer from an anxiety disorder at least once in their lives, with about 14% in any one year.

What are anxiety disorders and who gets them?

Everyone has fears, and it's normal to worry about things. These are survival strategies and can help us prevent, take on or overcome life's adversities. But when those fears or worries become overwhelming, or when they're out-of-date worries that were needed once upon a time in a different situation, then there may be an underlying anxiety disorder. Warning signs include worry or fear that:

There are several different anxiety disorders, with some overlap among them, and some people may suffer from more than one at a time. The main types are:

Anxiety is commonly associated with depression, especially among elderly people, and there's a high likelihood that someone with anxiety will also develop major depression within a year. People with both depression and anxiety have a higher severity of illness, have greater trouble functioning at work, and have impaired psychosocial functioning and quality of life than those not suffering from both disorders.

Your first port of call is your GP who can provide a diagnosis, assess your needs, review medication that may be causing anxiety, prescribe medication if appropriate, create a mental health care plan, and refer you to a specialist if necessary. The doctor should also address underlying physical health problems that may be causing anxiety, such as heart disease, cancer or thyroid problems.

Under the federal government's Better Access initiative, you're entitled to Medicare rebates for 10 individual and/or group sessions per calendar year with a psychologist, or with an occupational therapist or social worker who's had appropriate training in mental health services. The approach typically involves short-term cognitive behavioural therapy, stress management or interpersonal therapy.

Someone with more severe or ongoing illness, or people with more complex or intensive care needs may be referred to Medicare-subsidised consultant psychiatrist services or state/territory specialised mental health services, especially if affordability is an issue.

One of the most effective treatments for all types of anxiety is cognitive behavioural therapy. The main aim of the therapy is to teach you to recognise ways of thinking and acting that cause you anxiety so that you can change them to reduce anxiety. These skills, once learned, can be self-administered when necessary. This means a short course of treatment can have long-term effects, can help prevent relapse, and is highly cost-effective. There are several different forms of this therapy, and the best one may depend upon your needs and the type of anxiety you may have.

Also called exposure therapy, behaviour therapy involves exposing people to the feared situation – either real, virtual (simulated or on computer) or imagined – with the aim of making them face and attempt to overcome their fears, rather than avoid them. One approach, known as 'gradual exposure', starts with a mild stimulus (someone who has a phobia of dogs might start by looking at a picture of a dog, for example) and then builds up to the most feared stimulus (touching a real dog). Another approach called 'flooding' involves intensive rather than gradual exposure.

There are several free counselling telephone and online services on offer. The main ones are Lifeline Australia and Kids Help Line, which is for people aged five to 25. Often these services are staffed by volunteers who are professional counsellors, psychologists and social workers. They're best known for crisis support and are open 24 hours a day, seven days a week, providing a useful service for dealing with unexpected stressors and anxiety-provoking life events.

Medications can be effective short-term treatments in themselves and useful in supporting other therapies for anxiety, especially for controlling symptoms in the initial phases of treatment. However, they're often not ideal as a long-term treatment because they don't address the causes of anxiety and may have side effects.

The most commonly administered medications for anxiety are antidepressants and anxiolytics (anti-anxiety drugs).

The main antidepressants prescribed for anxiety are:

SSRIs and SNRIs are the most effective and the preferable first line of treatment if medication is to be considered. Given that many people with anxiety also suffer from depression, they may address both conditions – however, dealing with the issues that have triggered the depression should be the primary aim of using these medications. Side effects include headaches, nausea, sexual dysfunction and drowsiness, and suicidal behavior in rare cases. Potential risks should be weighed up against potential benefits.

The main anxiolytic drugs are benzodiazepines, for example oxazepam (Serepax), alprazolam (Xanax), diazepam (Valium) and clonazepam (Klonopin). Anxiolytics can be highly effective for short-term use, but tolerance and addiction are issues associated with long-term use.

Xanax is becoming the go-to drug for dealing with life's curveballs, but is one of Australia's most abused prescription drugs.  The Medical Board of Australia and the Royal Australian and New Zealand College of Psychiatrists have recommended its use be limited, and that it shouldn't be used as a first-line treatment for anxiety.

Concerns over Xanax abuse outside its medical usage led to a decision by regulators to make it a more highly controlled drug from February 2014 – but it's not an entirely popular move. Kate Carnell, CEO of patient group beyondblue, said the move was "overkill". "This is not a bad medication but it can be misused, as can lots of medications," she said. "The drug works very well for a large number of people with anxiety disorder."

Azapirones (for example buspirone, brand name Buspar) are another class of anxiolytic drug that are recommended for generalised anxiety disorder. Like other medications they still have side effects, but they're non-addictive and therefore more suitable for long-term use.

Several herbal medicines are recommended for people with anxiety disorders, with kava, valerian, lavender and St John's wort among the main ones. Of these, kava is the only one to have been found effective in clinical trials. However, it has been linked with liver toxicity and its use is restricted.

There are several internet-based services that aim to educate people about anxiety and provide an interactive, structured skills-training program for addressing anxiety symptoms. Using a cognitive behavioural therapy (CBT) approach, such interventions have been found successful for various anxiety disorders.

Two Australian programs are offered by:

The main advantages of internet-based programs are that you can access them from home at a time that's convenient to you. They also offer peer-to-peer support and provide anonymity that may suit some people. They're also a great innovation for people living in rural and remote communities without ready access to mental health professionals. However, the drop-out rate is fairly high, and success rates aren't as high as with face-to-face interventions. In general, self-help strategies work best for motivated people with good insight and self-awareness.

Books, pamphlets and other written materials can also provide information and exercises addressing anxiety disorders. Unfortunately the quality of information provided is highly variable: those based on CBT can be helpful, but quick-fix popular psychology books are not. Examples of CBT-based books are Change Your Thinking by Sarah Edelman and The Anxiety and Phobia Workbook by Edmund J Bourne.

Exercise is widely accepted as an effective and first line treatment for mild to moderate depression, which commonly occurs with anxiety. However, its potential as a treatment for anxiety disorders is less well understood, with few well-designed studies looking specifically at different anxiety disorders. For people with anxiety symptoms, rather than disorders, exercise is likely to be helpful, especially moderate-to-vigorous activity conducted under supervision or in a gym, rather than at home.

Known mainly as a resource for people with depression, beyondblue also has resources for anxiety.

The National Prescribing Service can provide more information about drugs and their side effects and contraindications. You can also call their Medicines Line on 1300 MEDICINE (1300 633 424), Monday to Friday 9.00am–5.00pm AEST.