Is our love of takeaway food a weight-gain disaster or a manageable habit? 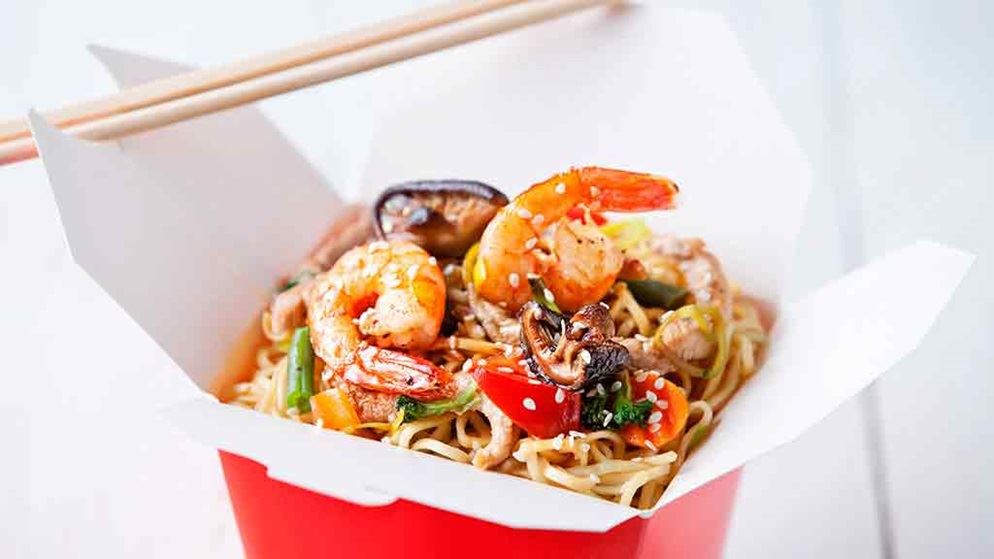 We're increasingly looking to takeaways for our next meal – Australians eat takeout dinners an average of 2.5 times a week. As a result, we're adding more salt, sugar and saturated fat to our diet than we should, and may easily exceed the recommended 8700kJ per day for an average adult.

The good news is, whether you love Chinese, Indian or Thai, you don't have to sacrifice health for convenience. There are healthier dishes in most cuisines, says accredited practising dietitian Dr Kellie Bilinski – it's just a matter of knowing what to choose.

In this report you'll find:

10 tips for a healthier takeaway 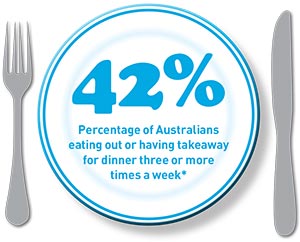 One pitfall of takeaway food is that it's difficult to know exactly what ingredients and cooking methods have been used. There's far less saturated fat in a stir-fry that's been cooked in a vegetable oil such as canola or sunflower, for example, than in an oil that has very high saturated fat such as coconut.

Bilinski recommends asking your takeaway haunts about their cooking methods and choosing those that are healthier. You can also ask for sauces and dressings on the side, and for less salt and sugar in your meals.

Bilinski says that, as a general rule, when looking to eat out healthily it's important to avoid battered and fried foods, as well as curries or soups that are creamy or contain coconut milk or cream. Also look out for all-protein dishes (if you want Mongolian lamb for example, balance it with a mixed vegetable dish). She suggests opting for fresh salads, fresh rice paper rolls, steamed fish dishes and stir-fries with lots of vegetables. 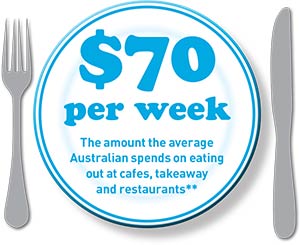 And make sure you don't undo your good menu choices with too many carbohydrates. "People generally eat too much rice," says Bilinski. "Just have one cup rather than the three or four you get to a serve, because it's quite an energy-dense food. If you can get brown rice, definitely go for that. And avoid the fried rice, as it is high in [energy] and fat."

While there are better and worse options available in Chinese, Indian and Thai cuisines, Bilinski believes Thai has the widest selection of healthier meals. However, she warns against eating takeout too often – it makes it very difficult to achieve a healthy, balanced diet.

"When you're cooking at home, you have more control over what goes into your food – and it tends to be less processed," she says. "It's all about being prepared. Lean fish and meat doesn't take long to grill or steam at home. People resort to takeaway when they're not prepared."

**SOURCE: CommBank Signals, with data calculated through the collection and analysis of CommBank transactional data from 2009-12 combined with CommBank research findings. 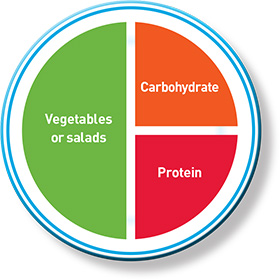 Bilinski says that when it comes to takeaway, skewed ratios of the food on our plates is a big problem. "You should base your meals on vegetables. When you look at a plate, you should have half of it covered in vegetables or salads, one-quarter with protein such as meat or fish, and one-quarter with carbohydrate such as rice or pasta. This balance is very difficult to achieve if one relies on takeaway foods.

"That said, if someone's diet is based on plenty of wholegrain breads, cereals, fresh veggies and fruit, a takeaway here and there is fine."

We asked three families to share their typical order of Chinese, Thai or Indian takeaways. Dr Bilinski provides tips on how to get the best out of each of these cuisines.

Look for lean proteins such as seafood, lean pork or chicken breast, or meat alternatives such as tofu (avoid the deep-fried version though) and steer clear of fatty meat such as duck.

When ordering sauce with your stir-fry, Bilinski recommends oyster and soy. "While they're high in salt, they tend not to be as high in sugar and fats as opposed to sweet-and-sour sauce, for example."

Kim and her partner Jonathan generally order takeaway three to four times a week. Kim says she tries to make healthy food choices when cooking at home, but when dining out tends to have a more relaxed attitude. She particularly likes choosing items on a menu that are complicated or difficult to replicate at home.

Dr Bilinski says: The steamed prawn dumplings are a good choice. If you can find steamed dumplings or spring rolls, they're much better options than fried ones. But most dumplings are essentially just bread with meat inside, so they're not very balanced. The duck with XO sauce isn't a great option because duck tends to be very high in fat. The chicken with cashew nut is a better choice, as it tends to be leaner. Keep in mind too that Chinese sauces can be high in salt. The stir-fried mixed vegetables and Chinese broccoli are much better choices.

Thai cuisine offers some better choices when it comes to takeaway, Bilinski says. She advises against fried or battered foods, curries made with coconut milk or cream, and richer sauces.

Thai salads are a great option as they tend to have less oil. Steamed fish and raw food such as fresh rice paper rolls are also good choices, as are clear soups (though they can be high in salt). But beware, sugar is big in Thai cuisine.

And that perennial favourite, pad Thai? "It's basically carbohydrate and the peanut-based sauce, which is quite rich," says Bilinski.

Dr Bilinski says: The fried spring rolls aren't great and neither is the tom kha, as it's high in fat from its coconut base. Grilled satay chicken is good but can come with lots of sauce, so ask for it on the side. The pad Thai and pad see ew noodles may be very high in kilojoules due to the noodles.

Indian can be a tricky cuisine for the health-conscious, with many curries containing ghee, a type of clarified butter.

When choosing a curry, steer away from coconut milk or cream-based concoctions – you're better off with a tomato-based one. "Even something like dal may contain a lot of saturated fat," Bilinski says.

Darrin and his wife Liz have two young children, Delia and Lenny, and they eat takeaway food once or twice a week. They occasionally treat themselves, but mostly they try to eat healthily.

Dr Bilinski says: Fried pappadums and vegetable samosas aren't a great choice because they're likely to be deep fried. The butter chicken and garlic naan are high in fat. The palak paneer could be a good choice as long as it comes with a non-ghee sauce, and it contains cottage cheese and spinach. The mixed vegetable curry isn't ideal if it comes with a coconut base, but if it's tomato-based it's fine. The cucumber raita and steamed rice are good choices.
*** SOURCE: NUTTAB nutrient data.