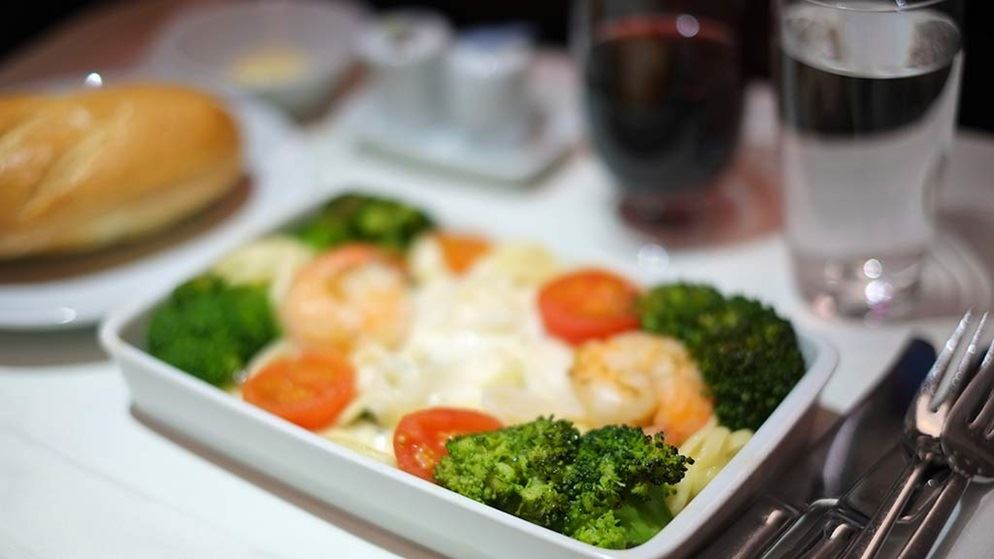 Four out of ten passengers on a domestic or overseas flight are still hungry after having a meal on the plane, while 38% of vegetarian and vegan meals were rated "Yuck" or "Super yuck" in a survey of 293 CHOICE members. The findings show there's plenty of room for improvement in economy and business class, with only around 28% of the respondents rating their meals above "Okay".

Delayed or cancelled flights? Don't let the airlines get away with it. Use complane.com.au to complain directly to the airline.

More than half of our surveyed members (56%) rated the taste of standard meals as "Okay", 22% as "Yum" and only 6% as "Super yum", while 15% thought it tasted "Yuck" or "Super yuck". We're pretty sure these people rated their meals "Super yuck":

Not even the business class meals escape criticism:

Half of the people eating a vegetarian meal and 40% eating a standard meal felt somewhat hungry or very hungry afterwards, with only 46% of vegetarians satisfied or full after their meal. The most popular tips to avoid starvation or being a victim of sub-par food was to pre-load before the flight and stock up on snacks:

CHOICE members also found it a challenge to get age-appropriate food for their children:

This also shone through in the latest CHOICE Travel research that found travellers with young children are much more likely to have poor in-flight experiences or not get their meal or seat preferences.

38% of passengers having a vegetarian meal rated it as "Yuck" or "Super yuck", while 31% stated it was "Okay" and 27% rated their meals as "Yum" or "Super yum". Some people recommend ordering meals with special dietary requirements because it appears fresher and it's served earlier:

But many of those ordering these meals caution against it:

While the airlines seem to be confused as to exactly what constitutes vegetarian and vegan. Many point out that the portions seemed smaller and weren't just vegetarian, but also vegan or diabetic-friendly, and dairy, salt or gluten free.

Perhaps this person summed up the airlines strategy best:

No one airline stuck out in the survey numbers as having the best or worst meal – so consistency is the key that airlines need to aim for. Some passengers trashed the airline meals:

Others laud meals from the same airline:

So if you're worried about what you're going to get with your airline meal, bring snacks, pre-load at the airport (or maybe before, given airport prices), and most importantly of all: