Does country of origin labelling reveal if the 'Aussie food' you're eating is made from Australian ingredients? 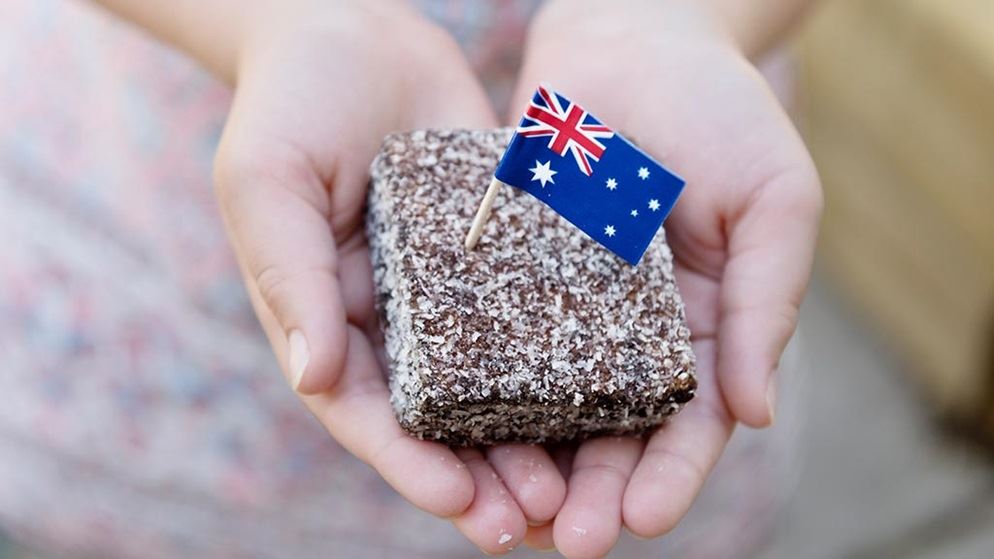 Country of origin is an important food labelling issue for consumers. And being able to support Aussie farmers, reduce food miles or keep food manufacturing jobs in Australia is crucial for many. But a look at the labelling of a range of 'typically' Aussie food products revealed it's often difficult to tell where the ingredients come from.

Whether you're buying lamingtons, meat pies or pavlovas, current country of origin labelling frequently doesn't let you be confident you're supporting local growers and producers. And some typical 'Aussie' products aren't as Australian as you might think.

Can you tell where your Aussie food comes from?

We looked at the country of origin statements on 32 quintessentially Aussie foods from Aldi, Coles, Woolworths and leading brands and found that for many it was impossible to tell if they were made from Australian ingredients. Our key findings:

Straight to the source

For each product where it was unclear from the label where the ingredients were from, we contacted the relevant company for clarification. At the time of publication only Arnott's, Aldi, Coles and Woolworths had responded.

So how Aussie are the products in question?

Arnott's referred us to a page on its website which details the ingredients which go into Tim Tams. This reveals the cocoa mass is from West Africa, the cocoa butter is from South East Asia, the milk solids are Australian, over half the sugar is from Queensland (the rest is from Thailand), the flour is Australian and the certified sustainable palm oil is from Malaysia. Arnott's told us that some ingredients, such as cocoa, aren't available for purchase locally in the quantities it requires.

An Aldi Australia spokesperson told us that the key ingredients of meat and wheat flour in its Elmsbury Meat Pies and and sugar and flour in its Cake Stall Lamington Fingers (18pk, 350g) are all sourced from Australia.

According to Woolies both the Anzac biscuits and lamingtons use imported coconut, as this is not readily available in Australia in the volumes required. It's in the process of reformulating its lamingtons to use Australian sugar, which will increase the Australian ingredients in each line (Woolworths Select and Homebrand) by 20%.

The government has recognised the need for better country of origin labels and has released its proposed solution. It's seeking feedback on the new labels, so we need your help.

CHOICE wants to make sure we get a consumer-driven solution, but there are some manufacturers objecting to sensible changes where more transparency is needed.

For example, the new system calculates the percentage of Australian ingredients in a product which is then displayed in a bar chart on the label. This is great for consumers who want to know how much of a product was manufactured or grown locally, and those who make it a priority to support Australian products. But there's currently no requirement for producers to list the origin of any non-Australian main ingredients.

Country of origin of 'Aussie' foods

We looked at the country of origin statements on 32 'Aussie' food products, listed below in alphabetical order by brand. To order by another criteria, simply click on the column headings. 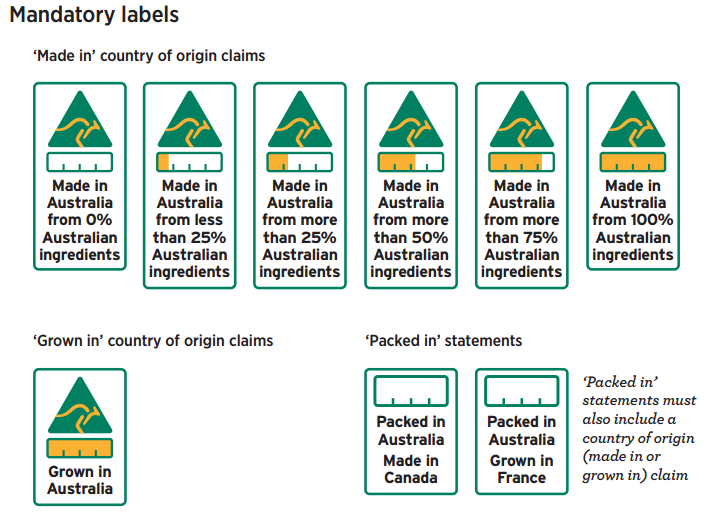 One way to improve your chance of buying Australian is to buy produce that's in season. Resources such as the seasonalfoodguide.com show you what fruits and vegetables are in season in your area at different times of year, as well as where local farmers' markets are located.

For more information on where supermarkets source their food see our supermarket country of origin labelling investigation.