Would you bank with Google, Amazon, Facebook or Apple?

'GAFA' and other neo-banks are shaking up Australia's financial industry. But is neo-banking good for consumers? 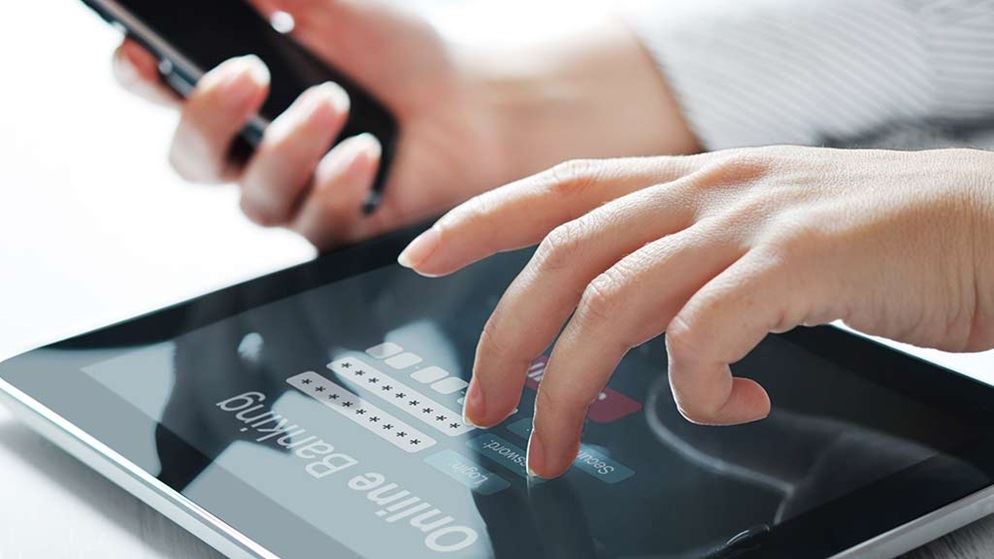 Soon, going into a bank branch to speak to the manager about getting a loan will be as outdated as driving to Blockbuster to rent a VHS cassette.

Banking in Australia will increasingly be digitised over the coming years, as neo-banking looks set to disrupt Australia's financial industry.

Neo-banks are digital-only banks that don't have physical branches or rely on legacy operating systems; in other words, they're not just the digital front of a traditional bank.

There are smaller local neo-banks emerging, but the ones that are poised to make the most impact are the big tech behemoths Google, Apple, Facebook, Amazon (GAFA).

But will neo-banking be good for consumers?

The pros of neo-banking

But local fintechs can approve loan applications in a matter of minutes and deposit the funds within 24 hours.

Amazon doesn't even expect the small businesses using its platform to make an application. Amazon Lending offers selected businesses in several countries pre-approved, short-term loans of between $US1000 and $US750,000.

And time-poor business people don't even have to remember to make repayments. Amazon simply deducts a set amount from their Seller Account each month until the loan is repaid.

It's likely that neo-banks' low overheads would mean they can offer attractively priced banking services.

(Unlike the traditional banks, neo-banks aren't funding thousands of front-line staff and hundreds of bricks-and-mortar branches.)

Tech companies are better at tech

At the risk of stating the obvious, tech companies have an impressive track record of developing equipment, platforms and ecosystems which allow people to do things – like rent a film, buy an album, find information online – efficiently.

Having belatedly recognised the importance of customer service and labour-saving technology, traditional banks have invested in internet banking platforms, banking apps and chatbots, but always seem to be playing catch-up.

The Aussie banks that missed the Apple Pay opportunity

The story of Apple Pay in Australia is instructive. Apple Pay uses a near-field communication (NFC) chip. This lets people with an iPhone or Apple Watch pay for goods and services by placing their phone or watch near a terminal, rather than needing to find a card or cash.

After it launched, only one of the big banks – ANZ – offered its customer the option of using Apple Pay. The CBA, NAB and Westpac, along with Bendigo and Adelaide Bank, asked the ACCC to let them band together to negotiate with Apple. These banks wanted access to the NFC capabilities Apple had developed and the ability to pass on Apple Pay transaction fees to their customers.

The ACCC rejected their' application in early 2017. "We are concerned that the proposed conduct [of the banks] is likely to reduce or distort competition," said ACCC chairperson Rod Sims.

In mid-2018, the CBA, NAB and Westpac released Beem It – an app that, like Apple Pay, lets users transfer funds between one another. Unlike Apple Pay it can't be used at online checkouts or during the point of sale, and it doesn't incorporate the NFC tech that lets you make a payment by waving your phone near a terminal.

The launch of a shared payment platform, called New Payments Platform , in Australia in early 2018 and the rollout of 'open banking (which means we can instruct our bank to share our data with other financial institutions) from mid-2019 means that tech companies will soon be able to access the same data and much of the same back-office infrastructure as banks.

The cons of neo-banking

Neo-banks' quick and convenient services can come at a high price.

A range of Australian fintechs make it simple for businesses and individuals to access funds rapidly, but they can then charge interest rates of up to 115%.

Amazon Lending reportedly charges reasonable interest rates of six percent to 16%. But it withdraws the set repayment from the borrower's Seller Account, regardless of whether they've had a good or bad month.

Neo-banks' quick and convenient services can come at a high price.

If the money isn't there, Amazon reserves the right to hold onto the borrower's inventory and restrict their sales on the Amazon platform until repayment is made.

Also, borrowers are required to use the loan solely to build up or restock the inventory of products they sell on Amazon.

Given growing concerns over the economic might and political influence these corporations already possess, governments and people who elect them may wish to consider the potential downsides of letting large tech companies disrupt then potentially dominate national banking systems.

In Australia, the GAFA companies have so far confined themselves to offering payment facilities that either make it easier to buy their products or encourage people to be part of their ecosystem.

There's little scope for things to go wrong with payment systems and little evidence they have.

Lauren Levin, director of policy and campaigns at Financial Counselling Australia, says, "Financial counsellors are not yet reporting issues with Google Pay, Apple Pay and these new [neo-bank] technologies."

However, as Levin warns, it could be a different story if the neo-banks start offering more complex products, such as home loans, credit cards, insurance policies or superannuation.

"We'll have to wait to see what happens," says Levin. "With frictionless loans the key issue, as with all lending, is that money is lent responsibly and compliant with the responsible lending laws. We might need new legislation to make sure there is a level playing field."

Drew McRae, policy and advocacy officer at the Financial Rights Legal Centre, says "I'm not aware of people getting into trouble with the GAFA payment facilities. But they certainly have with pay-day lenders, some of whom now allow customers to access money via an app on their phone.

"Consumers tend to seek convenience and speed over security and suitable products with financial services, often to their detriment.

"Having more competition and choice in the banking sector could be a double-edged sword. It will undoubtedly benefit some. But I worry about how more vulnerable and disadvantaged Australians will fare in a world of almost frictionless and instantaneous transactions."

And it's not only payment services on offer.

Amazon Lending started offering business loans in 2012. Amazon Protect has been offering product insurance since 2016. (Note that most of these GAFA banking services, such as Amazon Lending, are not yet available in Australia.)

None of the neo-banks' offerings have eroded the profitability of Australian banks. But a foothold has been established.

China's BAT (Baidu, Alibaba and Tencent) tech companies have had huge success providing digital banking services to Chinese citizens both at home and abroad in countries including Australia. This suggests their American GAFA counterparts could launch a devastating assault on banks in Western nations, should they choose to.

NAB chairman Ken Henry recently observed, "The competitive challenge in our industry is not so much that one of us is going to cut the other's throat … it is [that] we are going to be challenged beyond our ability to cope by the big IT providers, the Googles and the Apples."

Is this the end of traditional banking?

Banks have proven resilient since they emerged five centuries ago. Their neo-bank challengers will, or already have, run into a range of issues.

While many Australians might not like banks, it seems most of us trust them more than we do tech companies

Google tried and failed to get into the vehicle-insurance industry with Google Compare – it was launched in 2012 but discontinued just four years later in 2016.

Likewise, when mortgage brokers such as Aussie Home Loans emerged in Australia in the 1990s, they were seen as disruptors. They had an impact, but the most successful ones were eventually incorporated into the big banks.

As we detail below, Australians are certainly open to the idea of neo-banking, but the players may not be willing to overcome the regulatory hurdles, or able to overcome trust issues.

Australians are open to neo-banking

A 2016 Accenture survey found 30% of Australian banking customers surveyed were 'nomads'. That is, they were "savvy, adventurous and keen to shop around".

Over three-quarters of nomads were "willing to open an account with Facebook, Google or other online service providers".

Interestingly, nomads weren't just younger digital natives – almost half of them were over the age of 35.

A recent Roy Morgan survey shows the banks' collective customer satisfaction rating hovering around 81%. However, it's likely those surveyed were rating their bank in comparison to other banks rather than neo-banks. Even then, almost one-fifth of them reported being dissatisfied.

In Australia, banks are heavily regulated and pay a lot of tax. Sure, the big four are tremendously profitable, but their profits are dwarfed by those of the top-tier tech companies – thanks to their earnings from selling, for example, smartphones, online advertising or, in the future, self-driving vehicles.

Given these other money-making opportunities, tech companies may not have a compelling commercial reason to disrupt the banking industry.

Even if some customers aren't entirely happy with the service offered by their bank, it doesn't mean they'd be comfortable with having their monthly salary deposited in an account that's overseen by Google.

Or that they'd trust Facebook with comprehensive data about their income and purchases.

While many Australians might not like banks, it seems most of us trust them more than we do tech companies and even government agencies to safeguard our money and personal data.