Lots of Australians have connected their bank account to a smartphone investing app called Raiz (formerly Acorns). Should you? 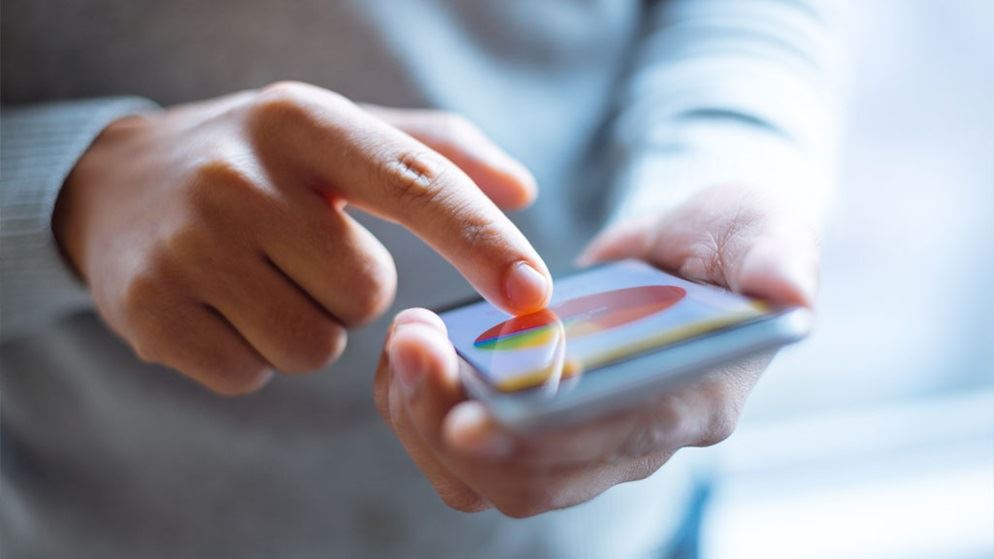 Raiz, which until recently was known as Acorns, is a micro-investing platform aimed at Australians aged 18 to 35.

Raiz now has $214 million under management and the average customer has a balance of $1234.

Raiz Managing Director George Lucas says Raiz is a user-friendly, automated savings and investment tool which doesn't seek to generate market-leading returns, though "the average Raiz customer has made 11% per annum since launch and 10.1% per annum in the last 12 months".

Raiz is following in the footsteps of 'platform' businesses such as Uber and Airbnb.

Just as Uber is a platform that connects drivers with people who need a ride, Raiz connects those with some spare cash with an Exchange Traded Fund (ETF). ETFs invest in a range of shares – and sometimes other assets – and aim to neither underperform nor outperform the market.

Historically, two things have worked against young people investing in the stock market. First, a lack of knowledge about how to start investing.

Second, not having enough money available to be of interest to the businesses that facilitate such investments.

For example, if you chose to cut out the middleman and invest directly in the same ETFs as Raiz you would need hundreds of dollars to buy a single 'unit' in one of these funds.

Likewise, investment funds, financial advisers and stockbrokers are typically only interested in clients who have a substantial sum to invest.

Raiz addresses both of these barriers to entry.

First, while Raiz does aspire to educate its customers, they don't need to know anything about investing to get started.

Customers just download the Raiz app to their smartphone then link their Raiz investment account to their bank accounts and credit or debit cards.

Raiz then pools the deposits from its customers and buys units in ETFs.

For example, if 100 Raiz users deposit $9.50 each, Raiz will arrange the purchase of a $950 ETF unit and give each of those customers a one per cent stake in it.

When that ETF pays dividends and distributions, each of those customers receives a one per cent share.

Raiz isn't an ETF (or a brokerage, or investment fund). It simply provides the platform that allows its customers to pool their money and invest in the stock market via ETFs.

There are three ways Raiz customers can deposit money into their Raiz Investment account.

This is the method that has attracted the most attention. It's possible to have Raiz round up transactions from your bank account and invest the 'spare change'.

For example, if you buy a coffee for $3.50, Raiz can round up the transaction to $4 and put the extra 50 cents into your Raiz investment Account. This is a painless way for even those on modest incomes to start investing.

If you have spare money available you can deposit it into your Raiz investment account.

You can arrange for a set amount of money to be deposited into your Raiz investment account on a daily, weekly or monthly basis.

Raiz has also has partnered with over 100 retailers to operate a rewards program called Raiz Rewards. These retailers deposit either a percentage of the purchase price or a fixed sum into the relevant Raiz investment account when a Raiz customer buys something from them.

Just as super funds do, Raiz allows its customers to choose where they want to sit on the risk/return spectrum.

Is my money safe?

There are two aspects to this question. First, is Raiz itself safe?

Raiz is a tech start-up with aggressive expansion plans so it's possible that it could go bankrupt or be wound up. However, given deposits are quickly transferred to ETFs (overseen by an independent custodian), it's unlikely Raiz customers will end up out of pocket if anything happens to Raiz. Plus, Raiz also holds an Australian Financial Services licence and is overseen by ASIC.

It's possible cybercriminals could hack into Raiz and help themselves to its customers' money. While no organisation's cybersecurity is impregnable, Raiz is alert to this threat and has implemented a "robust information security program".

Second, is investing in shares safe?

As the GFC reminded everyone, shares can go down as well as up. ETFs are one of the safer methods of investing given they buy a large 'basket' of shares meaning risk is diversified.

Over the longer term, investing in shares provides a solid return but there can be short-term setbacks.

How does Raiz make its money?

While it's free to set up a Raiz Investment Account, once you deposit more than $1, Raiz will start charging you a $1.25 monthly fee.

If you have more than $5000 in your account, Raiz stops charging the monthly maintenance fee and instead charges an account fee of 0.275% per annum, charged monthly.

Put simply, Raiz pockets a small amount when it buys and sells ETF units on behalf of customers. (It does this in lieu of charging brokerage fees.)

Raiz charges other businesses to advertise on its platform. Raiz has committed to respect data privacy and only disclose customers' information to the Australian Tax Office, as required by law.

But you can expect your anonymised data – along with that of other Raiz customers – to be used to provide potential advertisers and investors with a demographic profile of Raiz users. Check the details in Raiz's privacy policy.

How does Raiz compare with other investment options?

Making voluntary contributions to super is likely to yield a greater return, if only because of the favourable tax treatment super enjoys.

The catch with superannuation is that you can't access your money until retirement age while you can withdraw funds from your Raiz Investment account at any time.

There are non-financial benefits to home ownership and, over the longer term, shares and property tend to appreciate in value at roughly the same rate. Plus, people are generally more motivated to keep up with their mortgage payments than they are to make voluntary contributions.

However, with many young Australians locked out of the property market Raiz offers an alternative wealth-building strategy.

Raiz vs other forms of stock market investment

If you have sufficient financial literacy and capital to invest in ETFs directly, or engage a brokerage or investment fund, you can probably get a better return on your money than Raiz offers.

At the time of writing, Raiz has only one direct competitor – Spaceship Voyager – which operates in a roughly similar fashion.

But there are also several low-fee, 'roboadvice' online investment platforms such as Clover, Six Park and Stockspot, and retail managed funds such as Colonial First State's FirstChoice Wholesale platform that may be better suited to those with more than $5000 to invest.

Raiz vs putting your money in the bank

Investing in the stock market carries the risk of losing money. In contrast, your money is safe in a savings account, but the catch is that the low risk also means a low return.

Want to learn how to choose the right term deposit, cash management or internet savings account? We help you understand how to find the best rate and avoid hidden catches.

Raiz has attracted a lot of attention, including from the nation's personal finance experts.

Noel Whittaker is a fan, having long dreamed of a product available to "anybody with a few dollars to invest, where investment could be automatic and your money placed in share-based investments without the hassle of going through a broker, paying brokerage or trying to save a big lump sum to get going".

Scott Pape says, "I think it's a great introduction for novice investors, which is why it's been so successful. However, after a certain point the fees Raiz charges are too high for what amounts to a cute index fund app."

Investment coach Gary Stone reckons paying a total of $15 each year means those with low balances end up paying relatively high fees. This is true, but for the average user with a balance of greater than $250 it's a non-issue and Raiz does contact inactive customers with low balances to suggest they either increase their balance or close their account.

Is Raiz a rip-off or a valuable tool?

Savvy, cashed-up investors have more attractive options available than Raiz, but micro-investment apps such as Raiz aren't targeting that demographic.

They're targeting young Australians who might not otherwise start investing a proportion of their income until well into their late thirties or forties.

"Raiz aims to encourage its customers to be mindful of their spending and to start saving and investing some of their income," says Raiz's Managing Director, George Lucas.

Given the huge returns money invested early in life can generate, $15 a year seems a small price to pay to help you get in the habit of investing small amounts over time.