What is a ketogenic diet? 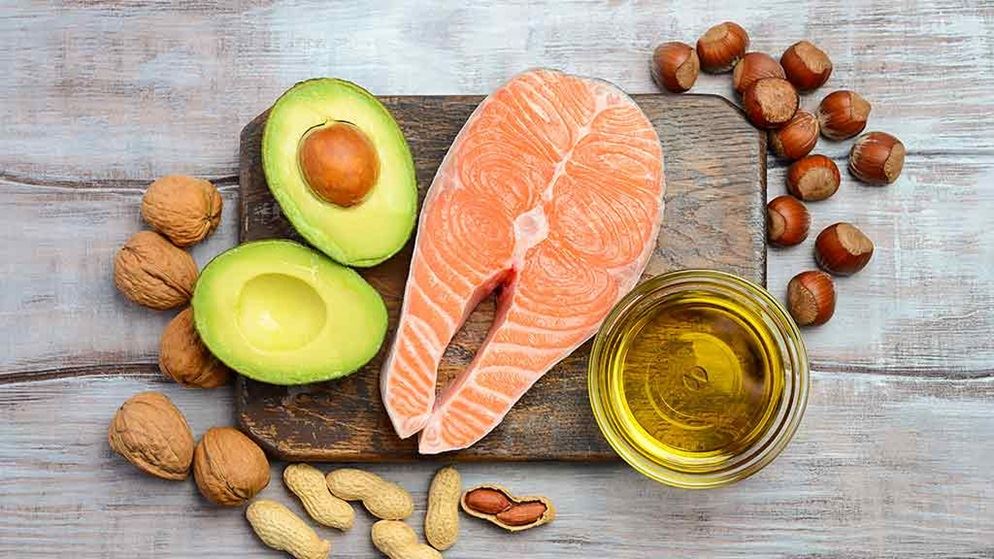 The key to weight loss?

It seems everyone who's anyone is on the ultra low-carb ketogenic (keto) diet. But is it safe? Does it work? And is it easy to stick to? To answer these questions – and with the added incentive of losing the extra pudge around the middle that winter delivered – I tried out the keto diet for two weeks.

Read our body fat scales reviews and learn how they can help you keep track of your physical health.

What is a ketogenic diet?

The ketogenic diet was developed as a treatment for epilepsy in 1924 by Dr Russell Wilder at the Mayo Clinic. Research has found the diet to be effective in reducing the frequency and severity of seizures in patients with severe epilepsy, but many people, including Hollywood's A-list, have adopted the extreme diet for quick weight loss.

The keto diet involves eating very small amounts of carbohydrates, medium amounts of protein and getting most of your daily kilojoules from fats. Carbohydrates are the body's preferred source of energy. When we starve the body of carbs, ketone bodies (or ketones) are produced by the liver from fat, and used as fuel for the brain and body. So on a ketogenic diet, ketones replace carbs as the body's main energy source, meaning it runs almost entirely on stored fat.

Ketones are also produced when your total kilojoule intake is low, as when you run short of stored energy your body will burn stored fat instead, resulting in weight loss. This process is referred to as being in the 'state of ketosis'.

What the expert thinks

According to Professor Clare Collins, an accredited practising dietitian and spokesperson for the Dietitians Association of Australia, there is a whole range of dietary approaches that come under that 'ketogenic diet banner'.

"The classical ketogenic diet has a ratio of 4g of fat to 1g of combined carbohydrates and protein. So basically it's 85–90% fat, [which] isn't a palatable or exciting diet, as you can imagine, due to the massive restriction in types and quantities of foods that contain carbohydrates, including breads and cereals, fruit, some vegetables and even dairy products."

Professor Collins stresses that "the ketogenic diet should not be considered flippantly as something that anybody and everybody should be following. The individual needs to be under the supervision of a doctor and dietitian and be monitored for side effects, particularly if they're on medications."

What can you actually eat on keto?

The keto diet limits carbohydrates to just 20–50g a day. A single slice of bread typically has 15g of carbohydrates, so you can imagine how restrictive this form of eating can be.

The diet – or popular adaptations of it that you'll find in books and on the internet – suggests consuming high volumes of animal products (so vegans and vegetarians may find this diet very difficult to follow) with a variety of the following foods:

What's in my trolley

I fire up UberEATS more than my stovetop, so this diet was a drastic change for me. Keto requires a lot of planning and preparation, which may be a deterrent for some. On day one I did a massive food shop, drawing inspiration from low carb recipes I found online. My trolley was filled with meat (so much meat), cheese, butter and high-fat dairy – basically a lot of foods I don't normally allow myself. I also bought loads of the 'allowed' vegetables and fruits as nutrient deficiencies can occur on diets that are too restrictive. I also picked up a multivitamin supplement.

The kilojoule-counter app MyFitnessPal helped me track how many carbohydrates I was consuming and kept my kilojoule intake in check. But the biggest challenge of this diet was the lack of variety – and the enticing allure of carbs at every turn. I was ready to throw in the towel on day four when a cafe owner refused to make me a bacon and egg roll without the roll. "What am I meant to eat?" I blubbered. In fact, studies in keto diets have found attrition rates are one of the highest challenges of the diet.

When starting the keto diet, people also report initially getting the 'keto flu' from eliminating carbs from the diet, with symptoms such as headaches, fatigue, brain fogginess and nausea. I didn't experience any major issues and actually felt quite sprightly (besides my aforementioned meltdown) during my first week on the high-fat diet.

Is the keto diet safe?

The most common side effect of the diet is constipation as a result of cutting out vital sources of fibre in the diet – fruits, vegetables, beans and grains. Lack of fibre can also increase the risk of bowel cancer and heart disease in the long term. I negated this by drinking lots of water, eating plenty of the high-fibre 'allowed' vegetables and taking a fibre supplement.

Other possible side effects of long-term adherence to the diet include:

While little research has been done specifically around the diet's long-term effects, some studies suggest there are health benefits in following such a strict low-carbohydrate diet, such as its ability to improve type 2 diabetes and shrink some forms of brain cancer. However, more research on humans is needed and, as Professor Collins warns, this diet is used in medical nutrition therapy as a short-term test diet for specific medical conditions such as epilepsy and should only be used medically under the supervision of experts.

Professor Jennie Brand-Miller, professor of human nutrition at The University of Sydney says, "There's not a lot in the scientific literature to judge [the health effects of the keto diet]. On the basis of current science, I wouldn't recommend it. Several observational studies suggest this diet [actually] increases mortality, diabetes and cardiovascular disease."

Does the keto diet work?

After imagining I'd have a Biggest Loser-type reveal, after two weeks on the diet, I was disappointed to find I'd only lost 1.5kg. But I was pleasantly surprised by the lack of hunger I experienced. For example, if I started the day with bacon and eggs, I wouldn't get hungry again till the afternoon, whereas my typical instant oats breakfast leaves me ravenous by 11am.

A 2008 study published in the American Journal of Clinical Nutrition compared a medium-carbohydrate, high-protein diet with a low-carbohydrate ketogenic diet and found that after 4–6 weeks the 17 subjects lost significantly more weight and were less hungry on the ketogenic diet than the medium-carbohydrate diet. However, according to another study published in the American Journal of Epidemiology, low-carb diets were found to be no more effective than low-fat diets in the long term (more than one year).

While the ketogenic diet may be an appropriate short-term solution under strict supervision for some, and will result in weight loss, it could lead to serious health complications over time.

If you're looking for a sustainable weight-loss solution, Professor Collins says visiting your GP should be your first port of call. "They will measure your blood pressure, blood lipids and blood glucose, and potentially look at kidney function and liver function," she says. "You should ask to be referred to a dietitian as well."

Your GP and dietitian will then assess your current state of health, weigh up the positives and negatives of different weight-loss regimes and recommend the appropriate one for you.

As for me, I'm thankfully allowed to eat the full spectrum of fruits, vegetables and whole grains again. Going on the ketogenic diet made me realise I still held onto the belief that fats are the enemy. But good fats are vital for optimal health, so I'll be keeping the olive oil dressings and lashings of avocado in my diet, while definitely eating less bacon.

For more information on how the ketogenic diet can help treat epilepsy, visit Epilepsy Action Australia.

Rather than letting fad diets deprive your body of essential nutrients, simple lifestyle changes can help you not only lose weight, but also maintain it in the long term.

Want to move more? Check out our smart watch and fitness tracker reviews for some extra help.