Supersizing – and increasing portion sizes in general – is a serious issue that needs to be addressed. 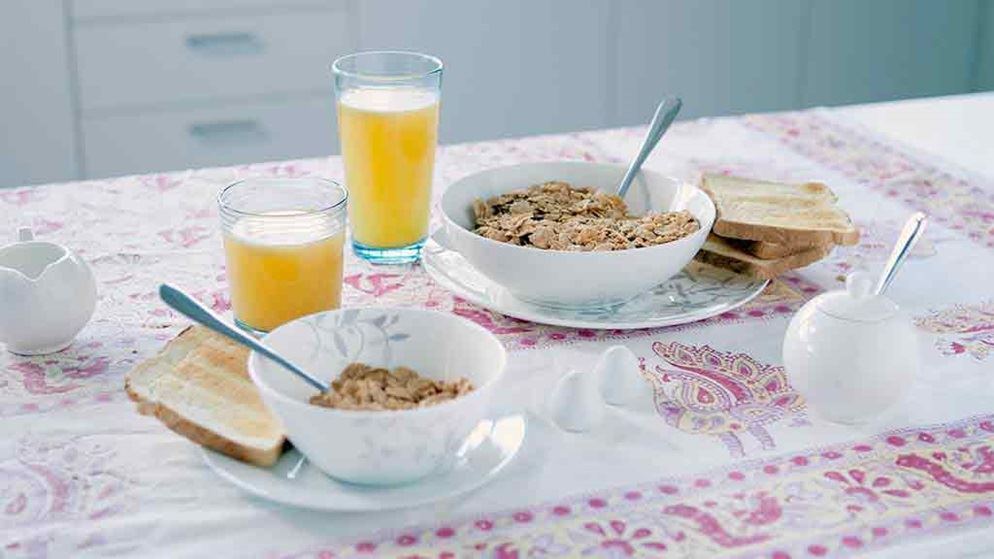 Are you being fooled by portion creep?

Food portion sizes are increasing. In the US in the 1950s, McDonald's offered just one size of soft drink – 7oz (about 210mL). It now has 12, 16, 21 and 32oz (950mL) offerings. And French fries and hamburgers are now two to five times larger than those originally served. Portion distortion has even occurred in the home, where the sizes of our bowls and glasses have steadily increased, and the surface area of the average dinner plate has increased 36% since 1960.

Why does this matter? Put simply, the bigger the portion, the more you eat and the more kilojoules (energy) you consume. Between 1983 and 1995, energy intake increased significantly for both adults and children in Australia. Without an equivalent increase in energy expenditure, increases in energy intake can result in significant weight gain over time.

So how do we combat supersize syndrome?

A recent food and nutrition publication from the Australian Institute of Health and Welfare reports that we have one of the highest rates of obesity in the world – 23% of children and 61% of adults in Australia are overweight or obese, so any factor contributing to increasing energy intakes and rising obesity rates needs be taken very seriously.

Manufacturers and the food industry recommend serving sizes for their food (shown on the nutrition information panel or posted on websites), and these are used to determine the percentage of daily intake (%DI) figures for kilojoules and other nutrients that some manufacturers choose to display on food labels. Portion size, on the other hand, is the amount of food you actually serve up for yourself or buy to eat.

In theory, you should be able to use these manufacturer serving recommendations to monitor and control how much you're eating. But, with large packets that contain multiple servings, following the recommended serving sizes isn't necessarily as sensible or straightforward as it sounds.

In the US, serving sizes are regulated by its Food and Drug Administration(FDA), but these have been criticised as out of date and unrealistic. In many instances they're smaller than the amounts typically eaten, with critics arguing they understate the kilojoules, sodium and saturated fat people will actually consume as a result.

In Australia, it's up to the manufacturer to determine the serving sizes, and this system is also flawed. Serving sizes are often inconsistent between comparable products, even within the same brands, and some are simply unrealistic.

As in the US, some food categories – such as cereal products – have manufacturer-recommended serving sizes lower than the typical reported amounts consumed by adult Australians, and those recommended in the Australian Guide to Healthy Eating. It's not surprising that studies have found that people generally can't correctly estimate the number of servings in a package.

How much we eat is often dictated by the size of the packet we buy or the dish we order – the portion size, not the recommended serving size. As food containers, restaurant portions and drink bottles have become increasingly supersized, the gap between servings and portions has become really out of whack. And these supersized portions are having a big impact on the amount of kilojoules we're consuming.

Supersizing, or value adding, is a technique used by fast food companies to increase profits. It encourages you to spend a little extra to buy larger portion sizes and leaves you feeling that you've gotten a good deal. A US study looked at this practice, and found that more often than not there are hidden nutritional costs.

A visit to our local shops in 2012 found similar examples.

Manufacturer-recommended serving sizes can be variable and unrealistic, as the following examples demonstrate, so they shouldn't form the basis of a front-of-pack labelling system for our food products.

We believe an interpretive system, such as the Health Star Rating system – which translates the numerical information already available in the nutrition information panel using symbols – is more useful. Based on consistent measures of products (in the case of the Health Star Ratings, it's 100g or 100mL), this system will help consumers compare products at a glance and more easily identify the healthier options.

You can reduce portion distortion and control your kilojoule intake easily enough once you're aware of the problem. Here are some tips to help:

We eat with our eyes

Supersizing would be less of a problem if we had more self-control and self-awareness when we eat. Cornell University's Food and Brand Lab in the US has conducted numerous studies confirming that people tend to judge that they've finished eating when their bowl or the pack is empty, rather than when they feel full.

In one study, 54 diners were served soup in bowls, half of which were being imperceptibly refilled via hidden tubing under the table as their contents were consumed. People eating soup from the "bottomless" bowls ate 73% more, but didn't believe they had consumed more, nor did they perceive themselves as feeling any fuller than those eating from the normal bowls.

In another study, 158 movie-goers were randomly given a medium or large container of free popcorn that was either fresh or stale (two weeks old). Those given fresh popcorn ate 45.3% more popcorn when it was given to them in large containers. But the influence of container size was so powerful that even when the popcorn was disliked (because it was stale), people still ate 33.6% more when eating from a large container than a medium-size one.

The large bowl and spoon test

Research by the lab has also shown that when people use large bowls, plates and serving utensils, they serve themselves – and eat – more food (and therefore more kilojoules).

In one study, 85 nutrition experts were asked to serve themselves a bowl of ice cream. Researchers gave out a variety of bowl and scoop sizes.

What the research shows us is whether it's food we serve ourselves or pre-packaged food we've bought, limiting portion size is crucial to health and weight management.