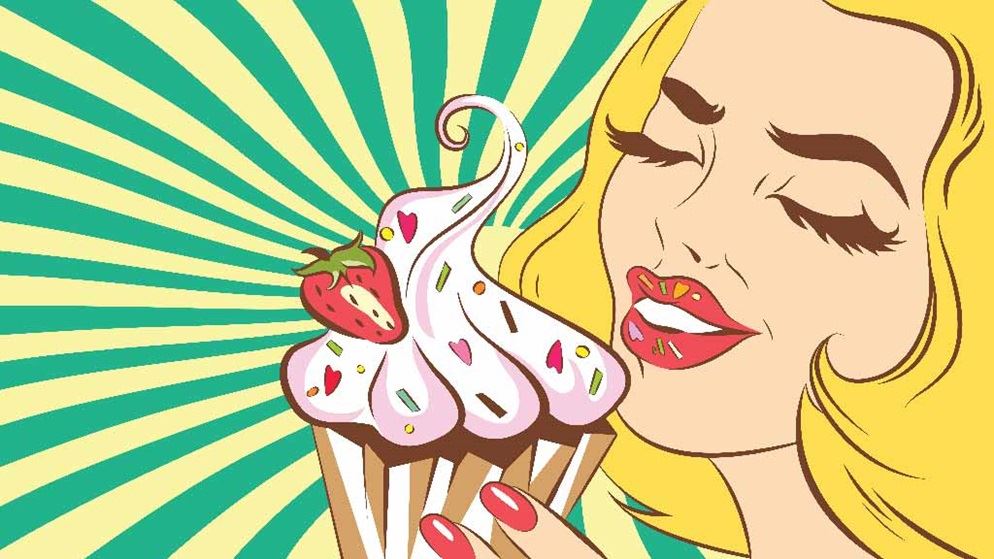 You are feeling slimmer...

When it comes to weight loss, it's an understatement to say there is no magic bullet and no quick fix. In a country where it's been estimated that nearly two thirds of the population is overweight, if there was an easy solution we wouldn't be where we are today.

While diet and exercise programs are aggressively marketed, and many people are seeking more drastic solutions to their weight problems in the form of gastric banding and gastric sleeve surgery – there's a newer player on the weight loss scene, "virtual gastric banding" via hypnosis.

Looking for other weight loss options? See our fitness tracker reviews and our guides to gym memberships, personal trainers and home gyms.

Fake it 'til you make it

Gastric band hypnotherapy works by putting the client under hypnosis, and with the use of suggestions and sometimes a soundtrack of hospital noises, suggests to the person that they've undertaken an actual lap banding procedure. This is designed to help them manage portion control in the conscious state.

According to many of the experts we spoke to, while hypnosis for weight loss is nothing new, the virtual gastric band approach is growing in popularity with some hypnotherapists charging more than $1000 for weekend group sessions.

So what's it all about? Does it work? And if you're interested in trying hypnotherapy how you do navigate a largely unregulated industry without getting ripped off?

Hypnosis is the process of going into a state of deep relaxation (almost like a trance) and being given suggestions while in that state. There's nothing new about it, in fact there's evidence many cultures have used similar techniques for thousands of years.

These days it's usually called hypnotherapy and is used to treat conditions including anxiety, phobias, panic attacks, addiction, sleep problems and weight problems by changing ways of thinking and behaviour.

Despite some perceptions (not helped by trashy TV shows) the person being hypnotised is completely in control. Hypnosis can't make people do things against their will nor can it force them into a hypnotic state if they aren't agreeable to it. It's a voluntary state.

According to Mailin Colman, president of the Australian Hypnotherapists Association (AHA), hypnosis can work well for clients seeking help with weight loss, however, she points out that the virtual lap banding option isn't suitable for everyone.

"(Virtual lap banding) has been around for a few years and can work well on some people, but weight loss is complex and people's motivations and triggers for eating or overeating can be very different. That's where a good hypnotherapist will work with the client to work out where their issues lie."

Lyndall Briggs, President of the Australian Society of Clinical Hypnotherapists (ASCH), says she has also had good success over the years with hypnosis for weight loss with her clients, but concurs that the one size fits all treatment is not a good one. "Different approaches work for different clients," she says. (See Sally's story below.)

Dietitians Association of Australia (DAA) spokesperson Professor Clare Collins says there is surprisingly little research into hypnosis and weight loss, which she attributes to "a disconnect between the science and the practice". She says studies in the past have had mixed results, and that they're hard to do because you can't blind-test subjects.

She adds that a comprehensive review produced by Liverpool John Moores University in 2014 examined previous studies and the results. What the review found overall was that some people will benefit from hypnosis for weight loss when it's used in conjunction with traditional weight management strategies and is used on a continuing basis (not just a one-off session). However, the review found that hypnosis was not effective on all people, and only worked well on those who were considered hypnosis-friendly and open to suggestion.

Collins says for those who do respond well, hypnosis can deal with negative self talk and shortcut self sabotage when it comes to diet, and it can help people who are overweight as a symptom of a past trauma.

Before we all rush off to make an appointment, though, Collins stresses that hypnosis alone is never going to be enough. "There may be other cognitive behavioural treatments that are more suitable for the individual (than hypnosis), and then there's the same old advice; knowing what is healthy eating, changing food habits and exercise. You can't just pin your hopes on hypnotism."

A multi-pronged approach is best

According to Collins, the best approach to weight loss and the equally important challenge of keeping the weight off long-term requires a number of different therapies, practices and professionals being used collectively.

She says many people looking to lose weight tend to bypass a full assessment by a dietitian, which is an important first step, and head straight for what looks like a quick-fix solution.

"Weight loss is so complex, but so is maintaining weight loss, and you need to approach the whole thing from different aspects to make it successful. There is diet and exercise but there are also the psychological aspects that are important. Working out what the triggers and motivations are for being overweight are equally important," she says.

Collins adds that seeking out counselling with a psychologist who can incorporate practices such as relaxation, mindfulness and hypnosis, can all be part of the solution. "Even for patients who decide to have real lap band surgery – there is often a waiting list – so while they wait, I always suggest trying out these other options as they may help to ensure success."

Keen to give it a try?

In an industry that's largely unregulated, where anyone can set up shop calling themselves a hypnotherapist, it's important to know what to look for before you make an appointment.

Here are some tips from the experts:

Case Study: One size does not fit all

Sally* from Queensland says she was attracted to the concept of of virtual gastric banding as it seemed like a less 'drastic' option than genuine gastric banding.

She says she has been struggling with her weight and weight gain for some time and was considering the option of gastric lap band surgery. While she was researching she says she came across sites offering the hypnosis version instead and decided to give it a try.

Sally says she contacted a hypnotherapist in her local area who said he did virtual gastric banding and made an appointment. However, she says she didn't have any idea about what to look for in terms of qualifications when choosing a practitioner and didn't check before her first session.

For a $200 fee she says the hypnotherapist sat her in a comfortable chair with a blanket and started the process of putting her under, speaking over a soundtrack playing the beeps and noises of an operating theatre.

She also said that the therapist seemed to be reading from a script, which felt very generic. She was also surprised he didn't talk to her before the hypnosis about her personal situation. "At no point did he ask me anything about myself, my weight loss issues, my job. He really asked nothing at all."

At the end of her session Sally was given a CD of a follow up soundtrack to listen to at home and was told to come back for more sessions. She says she chose not to as "essentially I felt no different and didn't feel like it had helped me at all".

For $200 she says she's disappointed that the therapist didn't display any ability to tailor his approach to suit her specific needs. "When the gastric banding approach wasn't working he should have tried something else with me… it just felt very one size fits all."