Can diet pills really help you lose weight, or are they dangerous and misleading? 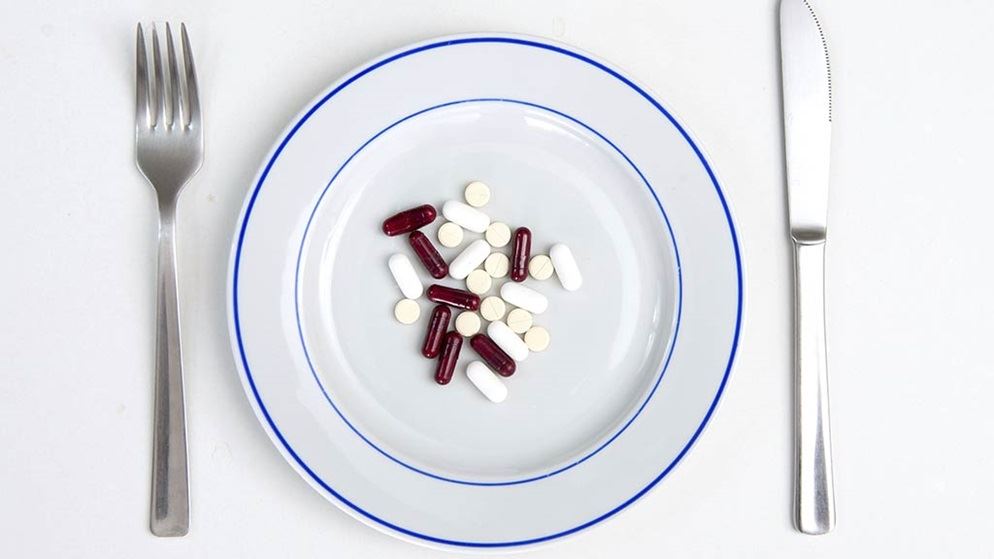 Can you slim down by popping a pill?

As a country, we're well on the way to being grossly unhealthy. According to the latest research from the Australian Bureau of Statistics (ABS), a staggering 63.4% of Australians are now overweight or obese. With alarming stats like this it's no wonder so many of us are turning to over-the-counter help.

Body fat scales can be a better indicator of overall health than conventional weighing scales. See our body fat scale reviews for the best models.

The pills that claim to make you slim and trim are an integral part of Australia's billion-dollar weight-loss industry. So we took a closer look at a selection of diet pills and checked out the ingredients that reportedly give these products their fat-busting properties.

What we found were products that aren't rigorously tested, and contain active ingredients with little or no proof of their effectiveness. Overall, the current evidence for the effectiveness and safety of these products is pretty sketchy.

You've seen the ads – you know, the ones that say "I lost eight kilograms with this product!" or "Yes, I want my body to absorb less fat!" They can be pretty convincing, especially when supported by "scientific evidence" and amazing "testimonials", complete with before and after shots.

It used to be that such dramatic testimonials came with the fine print that these people are "exceptional" and that "individual results may vary". But in 2005, the law changed so that testimonials and photos must be of typical cases. However, in the testimonial pages of some websites, many cases still seem exceptional. If you look at the fine print, it's often explained that their results are due to a lot more than taking product X, such as changes in diet and activity levels.

You'll typically find that weight loss pills are designed to be used in conjunction with an energy-controlled diet and regular exercise. But isn't that what we're trying to avoid by taking the pills in the first place? The truth of the matter is that these products may or may not assist with weight loss, but whatever their impact, it seems that we can't escape actually doing the hard yards if we want to see results.

Weight-loss pills tend to contain a mix of herbs and vitamins, and often stimulants such as caffeine, which can result in high blood pressure and heart palpitations. Herbs contain many chemicals, the presence and concentration of which can vary according to the source and the preparation. And in most of these weight-loss pills, ingredients are only individually tested for safety, but they may interact with one another or with other medications differently than they do on their own.

Amazingly, two products we looked at contained both bitter orange and panax ginseng, which aren't recommended to be taken together due to an increased risk of fatal heart arrhythmias.

A derivative of the fruit from the plant Garcinia cambogia. May also be listed as brindleberry, Malabar tamarind, or Garcinia quaesita.

Studies provide contradictory evidence. Some show positive results, while others show no difference between the group taking HCA and the placebo. More comprehensive studies are needed.

None known. It appears to be safe over the short term in the doses studied.

An extract of the Seville orange, it's also known as Citrus aurantium. Used in place of ephedra, as it contains similar compounds.

Limited promising evidence; more research is needed on its safety and effectiveness.

Has been linked with fainting, heart attack and stroke. It's advised that you avoid bitter orange if you have a heart condition or are taking other medications.

Studies on capsaicin are interesting but mixed – one shows that having a spicy entrée can reduce your total food intake over the whole meal.

Products its been found in: Supprexxa Metabolism Formula.

An extract of raw coffee beans – it's believed that chlorogenic acid is the active ingredient.

There are some positive results from studies. However, the quality of the studies is poor, so more rigorous trials are needed.

None known, but the product's safety hasn't been confirmed in a large analysis. Has the potential to increase heart rate and blood pressure.

Products its been found in: Hydroxycut Advanced, Xantrax, FatBlaster Max.

The catechins extracted from green tea.

Conflicting results. Some studies suggest it needs to be taken with caffeine to be effective.

Side effects and interactions?

Deemed safe when formulated and taken appropriately. There's some concern that green tea extracts may cause liver toxicity, especially if taken on an empty stomach.

Derived from the powdered shells of crustaceans.

If it does work, there could be malabsorption of nutrients and loose, oily stools.

Products its been found in: Rapid Burn.

Chromium is an essential trace element commonly used in the form of chromium picolinate.

Experts agree there's insufficient evidence to recommend it as a weight-loss aid.

No studies have reported side effects. However, it may cause DNA damage in high doses.

Australia has seen product recalls in the past that bring into question the regulation around listed weight-loss aids. A few years ago weight-loss chocolate bars were pulled from sale as they contained an unlisted ingredient – the prescription drug, sibutramine. Previously a leading prescription weight-loss medicine, sibutramine was withdrawn from the Australian market after being associated with cardiac events such as non-fatal heart attack and stroke.

In another worrying event, the heavily advertised Latin Seed was withdrawn for containing poisonous yellow oleander, instead of candle nut as claimed on the label. It can cause a variety of symptoms from diarrhoea to heart damage.

While these events are unusual, the fact that they do happen makes it difficult to see how the Therapeutic Goods Administration (TGA) can consider these products "low risk".

If you think weight-loss pills are evaluated for safety and efficacy like prescription medicines, think again.

The TGA is the body that's been charged with regulating complementary medicines. In Australia, all complementary and alternative medicines – such as weight-loss pills – need to be entered on the Australian Register of Therapeutic Goods. On this register there are two types of products – "registered goods" and "listed goods" – and it's important to know the difference between the two.

Manufacturers can apply for a listing by just filling in an online form and paying a fee. Around 20% of products are randomly audited to make sure they meet standards. Manufacturers also have to hold a file of evidence to prove that their products work. Based on the literature we looked at, we suspect their "proof" is pretty underwhelming. In 2008, there were about 100 times more listed weight-loss products than registered products – today there are probably more.

So, if the products aren't evaluated for efficacy, how do you know whether they're worth the money? The short answer is you don't – unless you do some legwork. We looked at the literature around the most common "active" ingredients. Several systematic reviews have concluded that, at best, more research is needed before any conclusions can be drawn.

Looking to get into shape? We test the most popular fitness bands in our fitness tracker reviews.