Which supermarket range of ready meals delivers on taste? 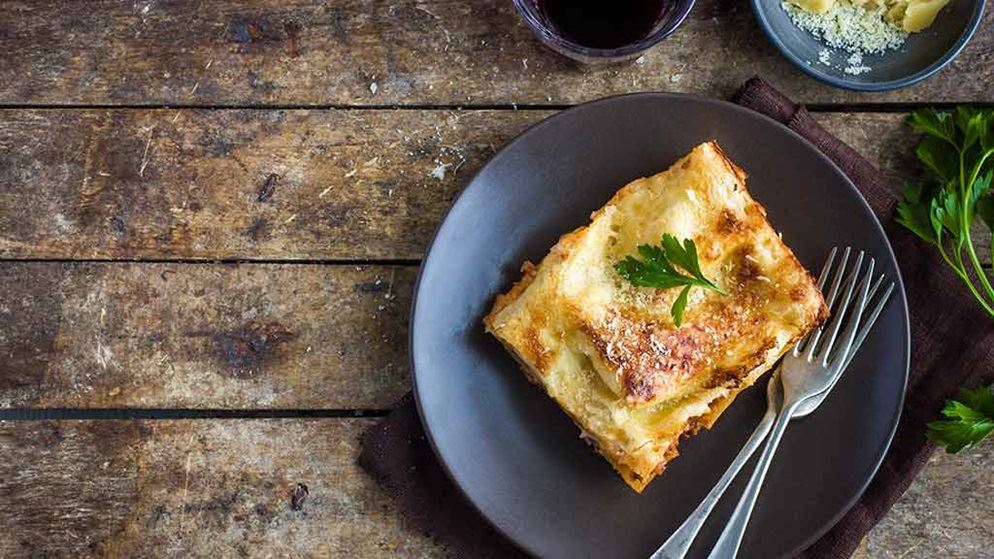 We taste test refrigerated lasagne, butter chicken, beef bourguignon, spinach and ricotta cannelloni, and lamb shanks from Woolworths, Coles and Aldi – and compare their price and health value, too.

No time to scratch yourself, let alone cook from scratch?

If just contemplating what you're going to make for dinner tonight makes you shudder, you're not alone. There are countless reasons why making a meal from scratch every night of the week is sometimes just not feasible – not least of which is that we're all busier than ever before.

Ready meals have long been a convenient option, but the offerings from supermarkets, particularly in the chilled section (refrigerated, not frozen), have recently expanded. And at face value they seem to offer all the benefits of a home-cooked meal, without the time and effort.

But do they deliver on taste? And just how convenient are they? We taste tested five different chilled ready meals – one for every night of the working week – to see how the supermarket brands stack up.

We compare the price, taste and nutritional value of ready meals from Woolworths, Coles and Aldi, including:

Don't even have time (or energy) to get to the supermarket? See our review of gourmet meal delivery services.

"Angus beef and shiraz simmered to a thick Bolognese", "Rich Australian beef ragu layered with egg pasta"… the descriptions on the packs may sound enticing, but they didn't all deliver on taste, with two of the three supermarket lasagnes receiving the lowest overall scores of all ready meals on test.

Despite the poor ratings overall, you can't deny the convenience of a supermarket ready-made lasagne. All they need is 30-35 mins in the oven (or just a few minutes in the microwave for the Coles and Aldi versions), whereas preparing a lasagne from scratch can be time consuming, messy and labour intensive.

Our home economist, Fiona Mair, likes to simmer her meat ragu sauce for several hours to achieve a good depth of flavour – so while making the béchamel, assembling the layers and cooking the lasagne in the oven takes her just over an hour, she can take up to five hours to prepare the whole meal from start to finish.

Aldi's lasagne, with six servings per pack ($1.67 per serve), was even cheaper than our home made version which serves eight ($3.80 per serve).

As far as ratings go, the butter chickens on test weren't the worst, but neither were they fantastic. Just a third of the butter chicken samples were rated as 'good' overall – although the differences in ratings between the brands weren't significant.

So if it's a butter chicken you're after, you may as well buy on price.

Butter chicken is a relatively quick and easy meal to produce, according to Fiona, whose home made version took just 15 minutes to prep, and 45 minutes to cook on the stovetop. But the butter chicken ready meals we tested are the epitome of convenience – ready to eat after just a few minutes in the microwave.

Aldi's butter chicken was the best value at $4.69 per serve. At $4.25 per serve our homemade version worked out cheaper, but that can be put down to economies of scale (the recipe serves six, not just one).

The Coles beef bourguignon is described on the pack as "Australian beef slow cooked for 3 hours with onion, mushroom and bacon in a red wine sauce". But more than any other flavour, the one most frequently mentioned by our tasters in their comments was that of Vegemite or Marmite – and not in a good way, according to our tasters. Just four people (out of 25) rated it as 'good' – significantly less than the 13 people who rated the Woolworths version as 'good'.

The Woolworths version claims to have been cooked for eight hours, which would result in better developed flavours, potentially influencing its more positive ratings.

The supermarket versions need half an hour in the oven, but this is only a fraction of the time it takes to make this meal from scratch – about half an hour chopping ingredients and searing the meat, then about two hours simmering on the stovetop (or five hours on high in the slow cooker), according to Fiona's recipe. And if you're really in a hurry to eat, the supermarket meals are ready in about six minutes using the microwave.

At $5 per serve, the Coles and Woolworths products were cheaper than our homemade Bourguignon, which cost $7.20 per serve (for a recipe that serves six).

Want to make this at home? See our slow cooker review to find out which product gives the best results.

Of all the ready meals we tested, spinach and ricotta cannelloni was the most liked. It was also the only meal where supermarket products were picked as most likely to be home cooked more often than the actual home cooked version on test.

The products all required 35 minutes in the oven – or a handful of minutes in the microwave – to heat. Compare this with the hour prep and 45 minutes cooking time our home economist spends making cannelloni, and they certainly earn their convenience food label.

Aldi's cannelloni, with five servings per pack ($2 per serve), was even cheaper than our home made version which serves eight ($3.55 per serve).

Just five people (out of 26) rated the Woolworths lamb shanks as 'good' overall, which was significantly less than the 13 who gave Coles a 'good' rating for its version, described on the pack as "tender Australian lamb shanks in a rich savoury red wine sauce".

Significantly fewer people said they were likely to buy the Woolies shanks, which is hardly surprising for a product that tasters described as "bland", "lacklustre" and "flavourless".

Lamb shanks at home may only take you minutes to prepare, browning the meat and adding the ingredients for a sauce, but when it comes to cooking time you're looking at a couple of hours in the oven at least – or six hours on high in the slow cooker, according to Fiona.

The Woolworths shanks, in comparison, can be heated in the microwave and on the table in less than 10 minutes. The Coles shanks require more effort to get them on the table than you might expect from a convenience product. They need two stints in the oven, with basting in between and after, so it's at least 35 minutes before you can sit down to eat – although you could use that time to prepare and cook some vegies.

At $7.50 per serve, the Coles and Woolworths products were more expensive than our home cooked shanks, which cost $5.45 per serve (for a recipe that serves four).

We compared the health star ratings (HSRs) of the supermarket ready meals to see if any stood out nutritionally. Within each meal type there was little difference – just half a star – between the comparable products. Most of the meals we tested sit around the 3 to 3.5-star mark – although both Bourguignons and the Woolworths lamb shanks achieve an HSR of 4.

All of the meals could benefit from additional vegies – a side salad with the pasta dishes or some green beans or broccoli with the shanks and bourguignon, for example.

Taste testing was conducted in the kitchen laboratory at CHOICE over three days in August. Tastings were done blind, with samples identified only by a reference number. Samples were heated according to instructions on pack. For each meal type, our tasters were given a sample from every brand as well as a home made version prepared by CHOICE's home economist, Fiona Mair. The order in which samples were tasted was randomised for each taster. Each sample was tasted a minimum of 24 times. A total of 448 samples were tasted.

Tasters completed a survey for each sample. They used a 7-point rating scale to give each sample an overall rating, as well as a rating for flavour and texture. To analyse the results we bundled together the 'good' ratings ('good', 'very good' or 'excellent') and the 'not good' ratings ('poor', 'very poor' or 'awful'), and reported on them in that way.
Tasters also used a 7-point rating scale to indicate how likely or unlikely they would be to buy that meal. After tasting all samples of a meal type, they nominated the sample they believed tasted most like it was home cooked.

The ready meals we tested include pastas and a curry, which are perennial favourites of the product category, as well as 'slow cooked' recipes, which are more recent on-trend additions. We chose meals where both Coles and Woolworths (and in three instances Aldi) sell comparable products under their own brand. Products were purchased on the week of testing, and those with the latest use-by date available were selected.

This is based on the price paid in August 2016. Number of servings per pack as stated on the label.