Quick guide to skiing in Japan

Where to ski, onsens and other apres-ski options, English ski lessons, gear hire... and should you DIY? 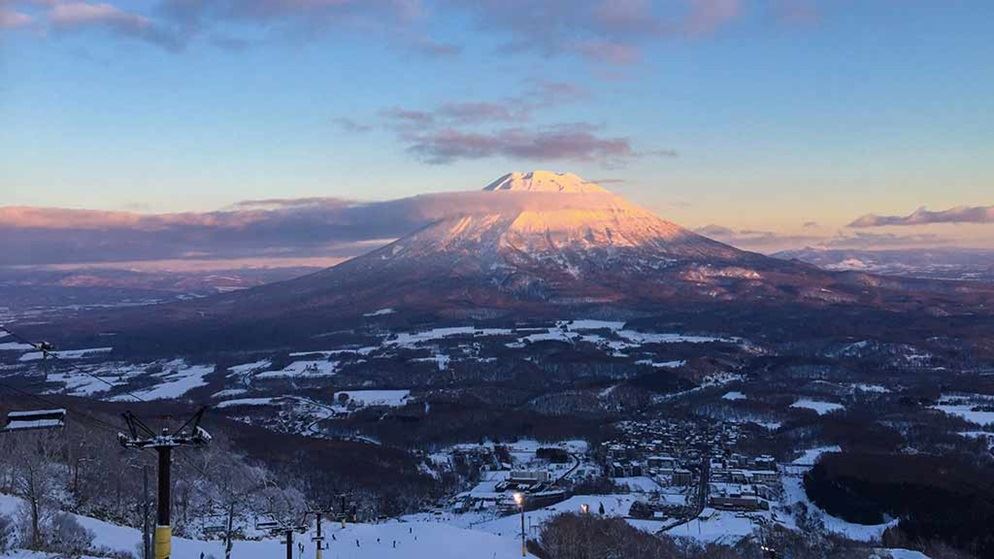 Japan skiing at a glance

Australians tend to head for the north island of Hokkaido, and resorts such as Niseko and Furano. These resorts are well tended – and well attended.

On the main island of Honshu, resorts may not be as slick overall, but that doesn't mean you'll be roughing it. There are still plenty of accommodation options, from charming ryokan (traditional Japanese inns) where you might find yourself sleeping on a straw tatami mat, to top-end Western hotels.

Other differences worth noting: Honshu ski resorts are a little easier to get to, with most just a bullet train ride away after landing in Tokyo, whereas getting to Hokkaido resorts will involve at least another flight from Tokyo and a bus or car trip. You could catch a train from Tokyo (on Honshu) to Sapporo (on Hokkaido) – it runs beneath the ocean – but it takes around 10 hours.

It's said that generally Hokkaido has more powder snow and Honshu has more opportunities for cultural experiences, but there are always exceptions, and anywhere in Japan is going to have more powder – and more Japanese culture – than Australia!

Here are four resorts worth looking into, but there are hundreds more, so get researching.

Niseko is one of the largest and arguably most popular ski resorts in Hokkaido, especially with Australians. It's renowned for powder skiing, courtesy of cold winds that blow in over the ocean from the Siberian Desert, dumping heavy snowfall on the Sea of Japan side of Hokkaido. The ski season runs from December to April, and the annual average snowfall is 15 metres. Compare that with two metres at Thredbo in NSW and four metres at Falls Creek in Victoria, and you can see why keen Aussie skiers and snowboarders are willing to travel.

Niseko is the largest of the ski areas on Hokkaido, and offers four interlinked ski resorts. Accommodation varies from basic pensions (bed and breakfast lodging, often family-run, with Western-style rooms) through to five-star apartments and hotels.

It's not the easiest ski resort in Japan to get to, but for thousands of Aussie "powder hounds" who make the trek each year, the effort is worth it.

Furano is in the centre of Hokkaido, and the Furano Resort is only a kilometre from the centre of town so you're close to supermarkets and other conveniences. All the accommodation is also close to the resort, so you won't be lugging your gear too far to get to the gondola and ski lifts. Furano is considered to have the driest and lightest powder snow of all the Japanese resorts, with an average fall of 9m a year.

Shiga Kogen (also known as Shiga Heights) is one of the highest and largest ski areas in Japan, and it has the longest season – from mid-November to early May. There are 800km of ski trails across 21 ski resorts, all of which can be accessed with the one ski pass.

Shiga Kogen is also around 17km from the Jigokudani Monkey Park, one of the 'must do' tourist attractions in the area. A 30 minute trek by foot into the park brings you to the sight of around 200 of Japan's famous pink-faced 'snow monkeys' (Japanese Macaque monkeys) enjoying bathing in natural hot springs (called 'onsens' – see more about these below).

The former winter Olympics city of Nagano is also just 50km from Shiga Kogen if you're looking for an easy day trip and some sightseeing and cultural opportunities.

One of the oldest ski resorts in Japan, Zao Onsen on the main island still has a traditional vibe. Its slopes may not be as popular as the bigger resorts, but on the plus side you're unlikely to run into as many Aussie tourists; you can stay in the more traditional Japanese inns (ryokan), most of which have their own onsens; and you'll have the unique experience of skiing amongst the eerily stunning juhyo ("ice monsters"), the local phenomenon of conifer trees that are coated in ice till they resemble white, pointy beasts rearing up from the ground.

Many Japanese ski resorts don't have the same level of après activity you might find elsewhere – if you're after a lively nightlife, stick to the most popular resorts. But generally what is on offer has a uniquely Japanese flavour, and is part of the fun of skiing or snowboarding in Japan.

Practically a national pastime, you'll find karaoke bars at many of the ski resorts. Unlike the boozy pub-style karaoke you might be familiar with in Australia, it's a slightly more serious affair in Japan – generally you rent a private room and sing with just your own small group (or solo, if you're shy or no one's up for joining you).

Onsens are natural hot springs, abundant around Japan's volcanic terrain. Make like a local and unwind in the soothing heated waters at the end of a day's skiing. You'll find indoor and outdoor onsens, ranging in entry price from 200 yen (around $2) to 2000 yen (around $20).

Tourists might be tempted to enjoy their onsen with a sake or beer, but this isn't always recommended (due to dehydration) or appropriate (intoxicated visitors may be asked to leave). Also, people with tattoos and body piercings are generally forbidden from using onsens, but recent reports indicate that some may bend the rules for tourists – check before you go. Find out more about the etiquette of using these natural spring baths, including showering beforehand and bringing your own soap, in this guide from the website japantravelmate.com.

You're in Japan – skip the Western meals and take advantage of the regional specialties you'll find on the mountain, such as noodles, tempura, curries and oyaki (flour dumplings stuffed with miso-seasoned veggies) and mochi (sticky rice cakes).

Amusement parks and other unexpected activities

There are some unusual (by Australian ski resort-standards) activities available at some of the Japanese ski towns. For example, at Rusutsu on Hokkaido, you'll find an outdoor amusement park, horseback riding, dog-sledding, snowmobiling, and handicraft courses. Try your hand at Japanese pottery at Kiroro, visit the indoor beach and wave pool at Tomamu, or spend half a day at the zoo at Asahiyama.

If it's important to you to have lots of non-skiing activities available, check with each of the resorts you're interested in what they have to offer.

If you're travelling with kids and they – or you – are beginners, make sure the resort you choose offers ski and snowboarding lessons in English, as not all do.

You'll be able to find snow gear hire stores at all the bigger resort areas. If you order online in advance, make sure the store is convenient to your resort so you can try on the gear before taking it. Many will deliver to your resort, but you also want to be able to swap boots if they're not quite right, for example, so make sure they'll bring extras with them.

If you're heading to Niseko and you want to be super organised, Larry Adler's Rent-a-Ski business might be the way to go. You can try on your gear here in their Sydney store, or simply order online, and they'll have what you need waiting for you in their Niseko store when you arrive. Rhythm Snow Sports is another Aussie ski and snowboard hire company with outlets in Japan – they have stores in Niseko and Hakuba. Rhythm offers a free service where they'll pick you up from your accommodation and take you to their shop to sort out your equipment, as well as free overnight storage in their Hakuba shop, which is just a couple of minutes walk from the resort ski lifts.

Booking a ski holiday to Japan can be complex if you haven't been before, and you might be best to use a tour operator, at least the first time. There's a lot to organise in terms of flights, connections, accommodation, lift tickets and lessons. Some local operators include Deep Powder Tours, Ski Travel Company, Travelplan and Ski Japan.

One last thing: don't be surprised if the Japanese alps are alive with the sound of music. Many resorts pipe J-Pop (Japanese pop music) through speakers placed all over the mountain.