Probiotic supplements are promoted for general good health, as well as treating various ailments. Should you take one? 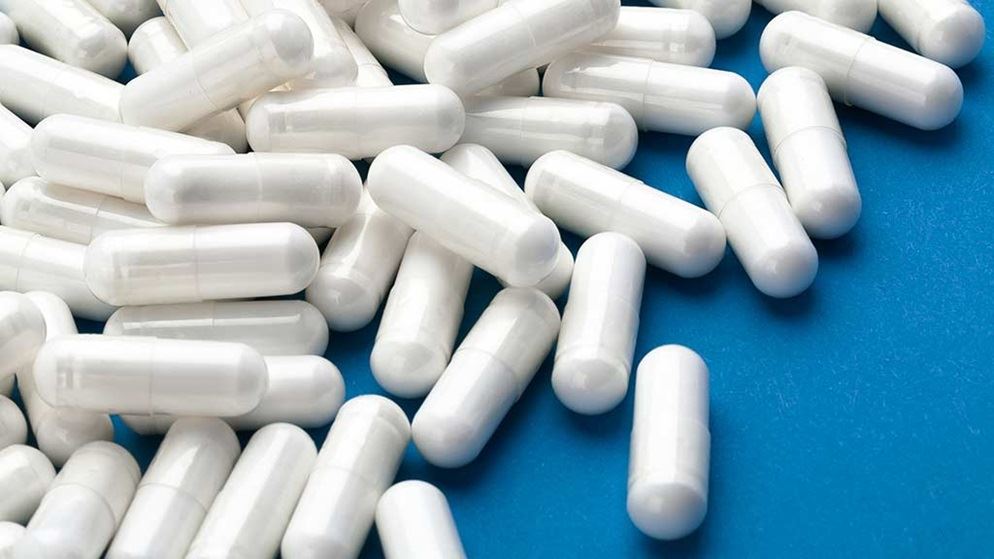 Microbes under the microscope

Don't be fooled by bacteria's bad-boy image. While often associated with super-bugs and sickness, bacteria have a much friendlier face that's essential for excellent health.

The last few years have seen an explosion in the number of probiotic supplements on pharmacy and supermarket shelves, with more than 100 currently available. In addition, there are many foods – especially yoghurt products – spruiking their probiotic benefits, and enthusiastic home fermenters are brewing up their own probiotic-rich foods such as kefir, kombucha, sauerkraut and kimchi.

Some of the most commonly found genus of gut bacteria in adults are Bifidobacterium, Lactobacillus, Bacteroides, Clostridium, Escherichia, Streptococcus and Ruminococcus. There are also yeasts and other microbes. While any one individual may have several hundreds of different species, human populations as a whole have thousands.

Collectively called the microbiome, these organisms play an essential role in digestion, including the production of vitamins and fatty acids, and are critical for normal immune system development. They also keep pathogenic (bad) bacteria in check.

However, there may be situations where additional help is needed – bacteria get out of balance due to poor diet, illness or a course of antibiotics. This is called dysbiosis.

Studies in humans and other animals have found that certain strains of bacteria can have positive effects on conditions related to gut bacteria, and manufacturers have come to the party with microbial concoctions promising all sorts of health benefits.

In this article we look at the sorts of benefits probiotics have been shown to provide in clinical situations, and the evidence behind some of the claims on consumer probiotic products.

Probiotics and prebiotics: what's the difference?

While individual studies and anecdotal evidence suggest a wide range of uses, well-studied and accepted uses for probiotics are much fewer. Some of the main claims you'll find on probiotic products are fairly general and relate to digestive and immune system support, although some are more specific, mentioning preventing colds, eczema and relief from the symptoms of irritable bowel syndrome.

The University of Sydney's Professor Andrew Holmes says, "For the consumer, probiotics can be regarded as generally safe and the claims are, shall we say, 'not totally unreasonable'.  However, I think the same types of claims and level of support could be made for an apple, stick of celery, cabbage…".

There's good evidence that taking widely available types of probiotics alongside a course of antibiotics reduces the risk of getting diarrhoea. They may also reduce the likelihood of getting a Clostridium difficile infection, which can have long-term serious consequences. Successful strains include Lactobacillus rhamnosus GG, L. acidophilus (found in yoghurt), L. caseii and Saccharomyces boulardii (a yeast).

Probiotics can also reduce the severity and duration of infectious diarrhoea (caused by rotavirus, for example).

While there are studies that show some benefit from probiotics in reducing symptoms of IBS, there is no consensus on which strains or dose. The symptoms of IBS vary from person to person, so it's considered unlikely that there's a one size fits all treatment. That said, they could be worth a try – discuss the options with your doctor.

Probiotics may be useful for treating pouchitis, a side effect of bowel surgery for people with ulcerative colitis. However, the evidence for treatment of ulcerative colitis itself is inconclusive, with some studies suggesting a modest effect. Your doctor may be able to recommend products that could help. There's no evidence probiotics are useful for Crohn's disease.

Eczema and other allergies

There's some research showing that women taking probiotics in pregnancy and while breastfeeding can prevent eczema in their baby's early life, although, as yet there's not enough known about the best species or dose to provide recommendations. There are also some studies looking at other allergies, such as hay fever, but there's not enough evidence to draw any conclusions.

Probiotics are popularly thought to reduce the risk of upper respiratory tract infections (including colds, sinusitis and pharyngitis) via their effects on the immune system. While some studies have found this to be the case, a large systematic review of the studies considered the overall quality of evidence low, with criticisms about the way the research was conducted, inconsistent results, or for being funded by probiotic companies, and therefore at risk of bias.

H. pylori is a bacteria found in around half the population, and under certain circumstances can lead to stomach and duodenal ulcers and cancers in the gastric system. Probiotics can be used to treat H. pylori infection as an addition to standard antibiotic therapy, boosting their effectiveness and reducing some of the side effects of antibiotics. The optimal species and dose are yet to be determined.

Many products make general claims about "supporting" the immune system, or "boosting immunity" – presumably meaning you get sick less often. There are various mechanisms by which probiotics may activate certain aspects of the immune system, but it's difficult to prove that taking them makes you healthier overall. An overactive immune system could leave you susceptible to allergies or autoimmune diseases. Meanwhile, people who are immune-compromised should not take probiotics.

It's estimated about 20–50% of Westerners travelling to certain countries in Asia, the Middle East, Mexico, Central and South America and Africa will suffer from traveller's diarrhoea (TD), usually caused by (bad) bacteria.

Some studies have found taking probiotics – especially lactobacillus species – while travelling (and some time before and after) can reduce the risk of TD, but other studies have found no effect. The best type of probiotic likely depends on where you're travelling, and it's possible that high temperatures and humidity may affect the probiotics. More studies are needed to determine which, if any, will help.

There are numerous challenges in determining whether probiotics can help in a particular condition, and much of the uncertainty about whether over-the-counter products do anything lies in the difference between products tested in clinical trials and those on the market.

What's tested in clinical trials may be a single strain or a combination of two, three or more. Strains may enhance or negate the effects of each other. That means the findings in a given trial are pretty much restricted to that exact formulation, and can't necessarily be generalised to similar strains or species, and certainly not 'probiotics' in general (although in some situations, effects may be more widely applicable to more than one specific strain). Nor can you take a few different strains that each seem to do something and combine them for a mega-probiotic cure-all.

Running clinical trials is expensive and time-consuming, so those that are conducted tend to be small and short-term, most strains only have a single clinical trial, and trials that are funded by the manufacturer of a product may be biased.

So you can see, because the action and effectiveness are strain-specific – and specific to a particular combination of strains if there is more than one – for consumers to be confident a product will act as claimed, evidence must be provided for each probiotic product individually, preferably using products identical to those sold to consumers, in large, high-quality, long-term, multi-centre, independently funded trials.

If probiotics can help in situations of dysbiosis, can they help make healthy people healthier? The short answer seems to be no. Most studies have found that giving healthy people probiotic supplements doesn't change their microbiome, and they don't provide any health benefit.

But while they're likely harmless, they may have unexpected effects. Researchers at the University of New South Wales fed rats a normal healthy diet or an unhealthy junk food diet, and some members of each group were supplemented with a commonly used (in humans) probiotic supplement.

"Although this study is looking at rats, I think the main takeaway message is that we need to exercise caution when we recommend that people take probiotics," said co-author, Professor Margaret Morris, Head of Pharmacology at UNSW.

"If you're eating really badly then probiotics might be helpful. But if you're already eating healthily, they may not be that beneficial."

Do you really need a pill?

Fermented foods, such as yoghurt, kefir, sauerkraut and kimchi, contain live bacteria and have been linked with numerous health benefits, although the science is still lacking for many claims. However, there's a good argument for getting your probiotics from yoghurt (and other fermented foods) rather than a pill, as they contain other valuable nutrients.

Certain brands of yoghurt and cultured drinks (for example, Yakult) have been studied in clinical trials, and found helpful for treating diarrhoea and various other conditions. An Australian study, for example, found that Vaalia yoghurt reduced the incidence of diarrhoea in children taking antibiotics. However, results obtained from one brand of yoghurt can't be applied to all – as with pills, it depends on the strains of bacteria and dose. There's also some concern that many trials are sponsored by the manufacturers, with the possibility of bias.

Then there are prebiotics – non-digestible food ingredients that can increase the activity of select 'good' bacteria. A high-fibre diet is naturally rich in prebiotics, with foods like bananas, asparagus, leeks, onions, garlic, chicory, and wholegrains like wheat, rye, barley and oats particularly beneficial.

In Australia, probiotic products are considered either functional foods and regulated by Food Standards Australia New Zealand (FSANZ), or complementary medicine and regulated by the Therapeutic Goods Administration (TGA).

While complementary medicines must show the amount of an active ingredient, foods don't have to disclose the number of probiotic bacteria in a product, which makes it difficult for consumers to make an informed purchase decision. The number of probiotic bacteria should be maintained to the end of a product's shelf life to be of any health benefit. But stability testing isn't always undertaken by manufacturers and independent testing has shown some products have far fewer probiotics than they claim.

CHOICE believes that health claims on food or complementary medicines should undergo pre-market assessment by the regulators to prevent manufacturers from making misleading or unsubstantiated claims. All probiotic products should name the probiotic bacteria to strain level and disclose the number of bacteria in the product to help consumers in their purchase decision.