You might think supermarkets would be cheaper than pharmacies, but is that always the case? 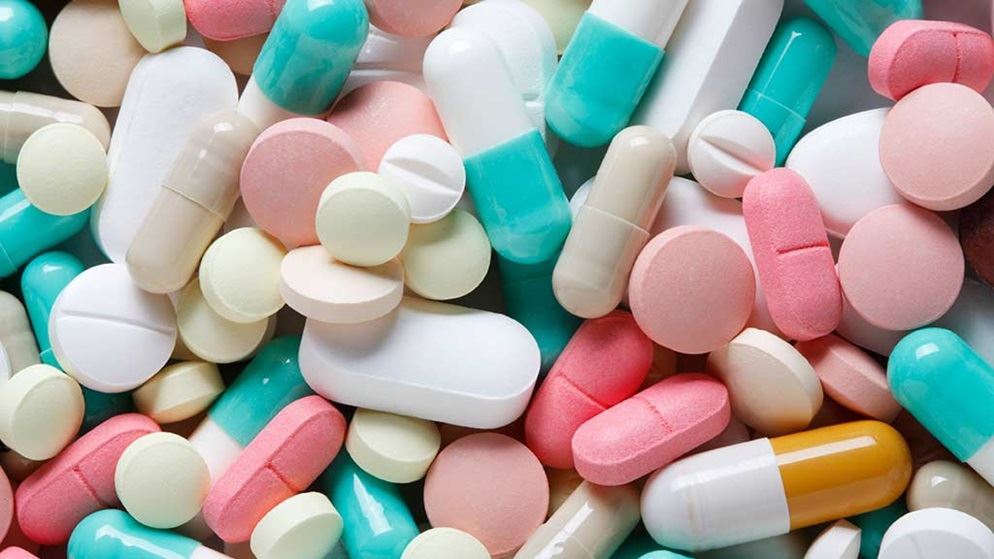 A better deal on drugs

Supermarkets are increasingly selling medicines once only available in pharmacies – painkillers, cough and cold remedies, antihistamines, anti-diarrhoea medication and more. So does it make sense to go to the pharmacy when these drugs are conveniently available when you do your grocery shop? We went shopping for common medicines to see how pharmacies and supermarkets compared on price and the range of products available.

You can find ibuprofen, paracetamol and aspirin pain relief medication in supermarkets, though in smaller pack sizes than pharmacies can sell. Supermarkets are limited to selling pack sizes of no more than 20 x 500mg paracetamol tablets, 25 x 200mg ibuprofen tablets, and 25 x 325mg or 16 x 500mg aspirin. Pharmacies, however, can sell larger sizes – you'll find packets of up to 100.

In addition, other NSAIDs (non-steroidal anti-inflammatory drugs), such as naproxen or diclofenac, and the opiate codeine, may be more suitable for some kinds of pain, but are only available at pharmacies. Depending on the dose, painkillers containing codeine are either pharmacist-only – meaning you need to ask for it – or prescription medicines.

Supermarket generic paracetamol was a lot cheaper than Panadol, costing from 65c (Aldi) to 70c (Coles and Woolworths) for a pack of 20. In pharmacies, however, a pack of 100 Panamax can be had for less than $2, making this one of the cheapest painkillers you can buy.

Nurofen (ibuprofen) was generally cheaper in pharmacies than supermarkets, with the bigger packs making it even more so. However, supermarkets were the cheapest source of generic ibuprofen, at $1.65 (Aldi) to $1.80 (Coles) per pack of 24. In Chemist Warehouse we found 50 Rafen tablets for $2.39, but in other pharmacies, house brands such as Amcal and Chemists Own were more expensive than supermarket generics.

Sinus pain preparations usually contain a painkiller – paracetamol or ibuprofen – and a decongestant, which constricts blood vessels in the nasal passages, making breathing easier. The main decongestants on the market are pseudoephedrine, only sold in pharmacies, and phenylephrine, which can be sold in supermarkets as well as pharmacies.

For nasal congestion related to colds and sinus conditions, as well as hayfever, pseudoephedrine is the most effective drug. However, it can have serious side effects, including insomnia, nervousness, excitability, dizziness, fear or anxiety, rapid heartbeat, tremor and hallucinations. In addition, it can be used to make illegal drugs. As such, it's kept behind the counter, and you have to ask a pharmacist for it and show ID.

Products with PE in the name indicate phenylephrine. While it may help some people, many find it's not as effective as pseudoephedrine, and some studies have found it's no more effective than placebo. Supermarket products with phenylephrine are limited to a maximum of 250mg per pack, with maximum recommended daily dose of 50mg. Pharmacies can sell larger pack sizes.

Products such as Sudafed PE Sinus + Pain Relief and Nurofen Sinus Pain PE tended to be cheaper in pharmacies than supermarkets, though we did find Panadol Sinus at Aldi for a similar price per tablet to pharmacy options. In addition, going to a pharmacy gives you the option of potentially more effective treatments: Sudafed products with pseudoephedrine were roughly the same price as the supermarket PE products.

Supermarkets have a range of cough, cold and flu remedies. Many of these preparations contain paracetamol or ibuprofen combined with the decongestant phenylephrine. Nurofen Cold & Flu PE (which has the same active ingredients as Nurofen Sinus Pain PE – so buy on price!) and Panadol Cold & Flu Plus Decongestant are examples. Supermarket cough medicines contain ingredients such as guaiphenesin and ammonium chloride  for relieving chesty coughs, and pentoxyverine for a dry cough.

In addition to these products, pharmacies sell products with more effective ingredients such as dextromethorphan and codeine (cough suppressants), chlorpheniramine and doxylamine succinate (sedating antihistamines for night-time preparations), and pseudoephedrine.

With the differences in ingredients, it's hard to compare like with like. The Robitussin cough medicine range tended to be similarly priced whether at supermarkets or pharmacies (the exception being Chemist Warehouse, which was notably cheaper).

Nurofen Cold & Flu PE was cheaper in pharmacies than supermarkets, while Codral's supermarket products, Codral Relief 6 Signs Cold & Flu and Codral Relief Cold & Flu + Decongestant, were more expensive than their pharmacy medicines, such as Codral Multi-Action 7 Symptoms and Codral Day & Night – though their ingredients and the symptoms they claim to treat are a little different.

If hayfever suddenly strikes, it's worth knowing that supermarkets sell five-day packs of Claratyne, Zyrtec and Telfast. However, pharmacies offer the convenience of larger pack sizes and a higher dose for Telfast (180mg fexofenadine, as opposed to 60mg or 120mg in supermarkets), as well as other types of antihistamine: some drugs are more effective than others for different people, so if the one that's best for you isn't in your supermarket, you'll need to hit the pharmacy.

Another pharmacy-only option is antihistamine nasal spray, which studies have found is as good as or better than oral antihistamines. In supermarkets you're limited to saline nasal sprays, which may still help and are certainly a good first option.

At around $7 per pack, supermarket antihistamines will cost you more than a dollar per day. Pharmacy packs of the same brands typically cost around $9-11 for a 10-day pack, though with larger packs the daily savings are even greater. You also have the option of generic versions of the drugs, which we found for less than 50c per day in larger packs. For people taking daily medicine over spring and summer, the savings can add up.

The two main types of supermarket products for gastroesophageal reflux or heartburn are antacids (aluminium or magnesium hydroxide, calcium carbonate and sodium bicarbonate), which neutralise stomach acid, and H2 blockers (the most commonly used is ranitidine), which reduce the amount of acid produced.

If antacids or H2 blockers aren't up to the job, your pharmacist may suggest proton pump inhibitors (PPIs), which are more effective in some cases, but carry higher risks. Over-the-counter versions are lower-dose than prescription PPIs, and are only suitable for short-term use.

Imodium (loperamide) and Imodium Zapid are available in supermarkets in packs of 8 and 6 tablets respectively. Pharmacies carry these and larger packs (20 and 12), and also have cheaper brands.

If loperamide doesn't work for you, your pharmacist may suggest Lomotil, which is a pharmacist-only antidiarrhoeal – it has stronger side effects than loperamide.

Imodium was slightly cheaper in pharmacies, and even cheaper per tablet in the larger pack sizes. Some of the cheaper brands in pharmacies were less than half the price of Imodium.

Low-dose aspirin to prevent clotting can be sold in packs of up to 100 x 100mg in supermarkets, with larger packs in pharmacies. Many different brands are available.

Finally, while we weren't investigating customer service issues, we noted that in the pharmacies we went to, we were often offered assistance, usually by more than one person. There may be better options than the specific medication you're considering, so it's worth asking for advice.