Are shoe manufacturers running away from their ethical manufacturing responsibilities? 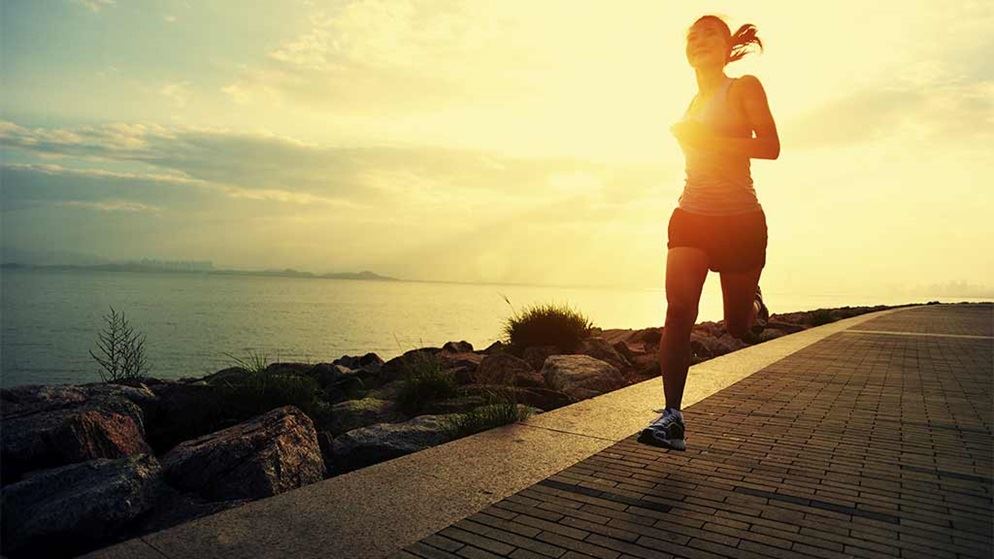 When you buy a new pair of running shoes, do you ever wonder where they've come from and who's put in the hard yards to make them? We only see the final (and often expensive) product – so what about what goes on behind the scenes? Do manufacturing companies look after employees and the environment?

Getting fit for summer? We review eighteen popular running shoes.

Our German consumer organisation counterpart, Stiftung Warentest, has taken a look into the world of running shoe suppliers and factories. Their study focused on the corporate social responsibility (CSR) of manufacturers, including wages, working hours and conditions, and environmental protection measures. Manufacturers of nine models of running shoes were included in the study; four of the products are available in Australia.

Five manufacturers (Adidas, Brooks, Reebok, Salomon and Asics) agreed to take part in the study, while Mizuno, New Balance, Nike and Saucony refused to participate in any part of the research. While Asics did participate, they didn't allow a factory visit and prohibited the publication of any information they provided.

Of the four companies (Adidas, Brooks, Reebok and Salomon) that opened their factory doors in Asia to scrutiny, working conditions were positive, as was the commitment to employees and the environment. All factories had well ventilated halls, proper contracts and insurance for workers, and wages paid on time. The inspectors were particularly impressed with the working conditions in the factories in Vietnam and India, where Reebok and Salomon shoes are made.

The biggest problem was low wages. Two of the factories visited in the study pay only the statutory minimum wage; two pay slightly more. Still, it's hardly enough for workers to live on, which in turn forces many into massive amounts of overtime, especially in China.

Who earns what from a sports shoe? 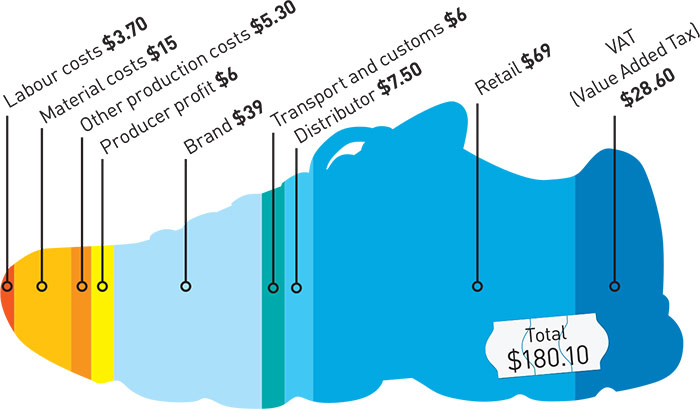 In Indonesia, workers earn around $3.70 for a pair of running shoes that later sells in store for about $180.

Here's what goes into the selling price of a running shoe (prices listed are approximate and are dependent on the conversion rate), based on a shoe sold in Germany.

The following brands provided information in the survey:

Shoes produced in 2014: 258 million pairs worldwide
Revenue turnover: $9.84 billion
Factories located in: 96% are located in Asia (tested shoe comes from China)
Employees receive a basic salary – about 18% higher than the minimum wage, with bonuses for reliable workers. Employees receive safety training as well as social and accident insurance. There's an environmental management system in place and materials are tested for harmful substances. Unfortunately, working hours are longer than allowed – sometimes up to 80 hours overtime a month for some employees.

Shoes produced in 2014: Figures not revealed
Revenue turnover: Figures not revealed
Factories located in: Vietnam and China (tested shoe comes from China)
The basic salary is equal to the minimum wage; however, skilled workers are eligible for added bonuses. Employees receive safety training as well as social and accident insurance. There's an environmental management system in place and materials are tested for harmful substances. Working hours are longer than allowed – sometimes up to 100 hours overtime a month for some employees.

Shoes produced in 2014: See figures for Adidas (Reebok was acquired by the Adidas Group in 2006)
Revenue turnover: See figures for Adidas
Factories located in: Tested shoe comes from Vietnam
Overtime is within the legal framework and 95% of the workforce is part of a union. The basic salary is around 12% higher than the minimum wage and workers receive social and accident insurance as well as safety training and health checks. An environmental management system is in place and materials are tested for harmful substances.

Shoes produced in 2014: Figures not revealed
Revenue turnover: Figures not revealed
Factories located in: India, Vietnam, China and Cambodia (tested shoe comes from India)
Pay is at least equal to the minimum wage, but there's not much opportunity for overtime and only men work the night shifts. Employees receive social and accident insurance as well as safety training and free access to the canteen facility. An environmental management system is in place and there's employee representation and regular contact with NGOs (non-governmental organisations).

Price Recommended retail, as of July 2015. Ratings The overall rating is made up of company policy (15%), manufacture of running shoes (25%), sole production (25%), components (upper and inner shoe) (25%) and transparency (10%). TABLE NOTES: Some shoes score zero for certain aspects of the study, because the manufacturers didn't participate in that part of the survey and/or didn't open up their factory doors to inspection.

How was the study conducted?

The study was conducted by Stiftung Warentest, the German consumer organisation, as part of an international joint project from January to June 2015. It consisted of the following parts:

Manufacture of running shoes, sole production and components (upper and inner shoe): In each of these areas working conditions (minimum social standards, health promotion, occupational safety, social services, avoiding excessive working hours and protection of the statutory minimum wage) and the environmental impact (ecological requirements for the production of running shoes) were assessed.

Transparency: Each company was assessed by their willingness to participate in interviews, and if they allowed visits to providers and production facilities and interviews with workers.