Do we need 'micro-cleaning crystals' - or are toothpaste claims just a load of froth? 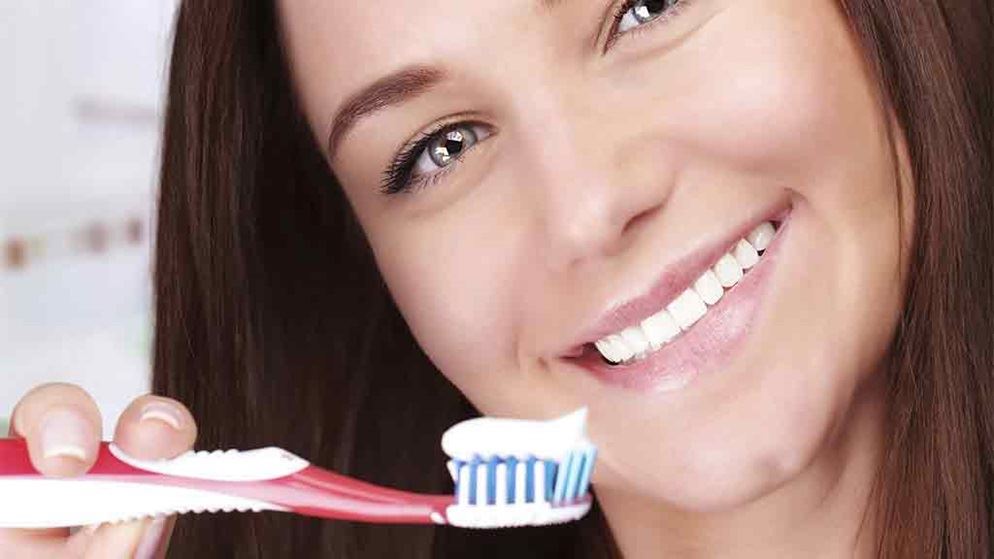 Want a million-dollar smile without all the marketing?

Walking down the dental care aisle in the supermarket, we're dazzled with "advanced formulas", "multi-action" pastes, "extreme-clean" products, "micro-cleaning crystals" and even "natural" toothpastes. A daily (actually, twice-daily) essential, toothpaste is an example of market segmentation at its most successful.

But all hype aside, what is the difference between the many types of toothpaste ...if any?

From pulverised bones and crushed oyster shells to the modern-day pearly white paste, the role of toothpaste has always been to remove plaque and prevent cavities. Professor Mike Morgan, Head of Population Oral Health and Periodontics at Melbourne University, says most toothpastes contain essentially the same ingredients and believes very few in the marketplace would actually fail to perform these two tasks.


Toothpaste has two key ingredients, fluoride and a mild abrasive, bound together with thickeners, sweeteners, stabilisers and flavours.

While the abrasives can vary – such as calcium carbonate and hydrated silica – they fulfill the same purpose: to polish your teeth and dislodge particles of food caught between them. The experts we spoke to say the amount of abrasive in any given tube of toothpaste is limited to protect tooth enamel from erosion.

Since most toothpastes contain pretty much the same key ingredients, does that mean you might as well just opt for the cheapest brand? Morgan argues that you should stick with reputable brands – it's recently been found that some cheaper toothpastes in the UK don't actually contain bio-available (absorbable) fluoride, which are much better for your teeth.

Find out how to decipher what ingredients are in your toothpaste.

Brushing-up on the different kinds of toothpaste

Although just two companies, Colgate Palmolive and GlaxoSmithKline, control most of the Australian toothpaste market, there are certainly more than two products on the shelves. As if regular toothpaste wasn't cleaning teeth sufficiently, we now have whitening, tartar control, sensitive and enamel-lock toothpastes as well as products tailored to children.


"As a dentist, I'm quite amazed when I go through the supermarket aisle and look at just how many toothpastes are on the shelf," says Dr Peter Alldritt, chairman of the Oral Health Committee at the Australian Dental Association (ADA). "How do people choose?"

Here's an overview of some of the toothpaste segments:

Teeth-whitening products are the largest segment in the oral care market. When we examined ingredients in a selection of whitening toothpastes in 2012, however, we found none contain a bleaching agent – required to physically alter the colour of teeth. The fine print often qualifies this by promising whiter teeth as a result of stain removal, not an overall whitening treatment.

From milk teeth to big teeth, sparkling gel to Spider-Man, children's toothpastes haven't been left behind in the rush to segment the oral health care market. There are sparkles, coloured stripes and even Wiggles-endorsed products. They're sugar-free and include fluoride and abrasives just like toothpastes for adults.

But as children are prone to swallow toothpaste, the ADA recommends parents avoid giving toothpaste to babies and toddlers up to 18 months and use only low-fluoride formulas for children 18 months to six years old to prevent fluorosis (caused by ingesting too much fluoride).

Colgate markets its low-fluoride toothpaste as 'My First' for children up to six, while Macleans offers 'Milk Teeth' for children up to three years of age and 'Big Teeth' for children over seven. Colgate also offers a big kids' paste – for those six and up – with some clever Spider-Man marketing. The ADA's policy on fluoride does not require a specialised toothpaste for children aged over six, so Alldritt argues those "big kid" products are a case of an intermediate market being created. "It is not a problem for the teeth, but it is confusing for parents with so many choices," he says.

When enamel thins or gums recede, porous dentine – the home of many nerve endings – can become exposed. Sensitive toothpaste is designed to block the dentine tubules and minimise sensitivity when brushing.


Of all the spin-off segments in the oral care market, toothpaste designed for sensitive teeth is the most legitimate, according to both Alldritt and Morgan. While Alldritt is happy to recommend it to patients who need it, he warns it is not a cure for everything and shouldn't be used to cover up more serious problems, such as decay.

Tartar is the build-up of hardened plaque that can lead to gum disease. Although regular brushing can minimise its build-up, tartar can only be properly removed by a dentist. Of the toothpastes we looked at, almost all contain a tartar suspension agent – the most common being pyrophosphates and xanthan gum – designed to suspend tartar particles in saliva and prevent them from clinging to teeth.

Although only three mention tartar control on their packaging, Morgan says most toothpastes will reduce the amount of tartar build-up if used in conjunction with a good toothbrush and regular brushing.

Enamel is the outer coating of the tooth. Although generally much harder than the inner dentine, it can be worn down by excessive scrubbing or acidic foods.

There are various products that claim to protect teeth enamel such as Colgate Sensitive Enamel Protect and Macleans Advanced with Enamelock formula – but, according to Alldritt, these claims may be a classic example of market trickery. "The best protection for enamel is fluoride," he says. "Enamel is a fluoride, and when exposed to the fluoride in toothpaste, it is like putting a coat of armour on it."

The ADA recommends a certain level of fluoride in regular adult toothpaste - and when we examined fluoride levels in toothpastes in 2012, neither of the "enamel-protecting" products contained any more fluoride than Colgate's regular toothpaste.

Another segment in the toothpaste market is natural, or herbal, toothpastes. Many of the so-called "natural" or "herbal" products CHOICE looked at back in 2009 were made up of very similar ingredients to their mainstream counterparts, but most were made without fluoride.


Most experts say that fluoride is the one vital ingredient toothpaste should contain. Morgan advises against fluoride-free toothpastes and believes there are just two things to consider in your purchasing decision. "Look for toothpaste that has fluoride in it; after that the decision should really just be driven by price."

To test whether different toothpastes were in fact spin-offs of essentially the same thing, in 2012 we investigated the toothpaste market, comparing ingredients in 17 toothpastes from brands such as Coles, Colgate, Macleans, Sensodyne, White Glo and Woolworths. We found that of the 13 adult toothpastes we looked at, there was indeed little difference in the active ingredients.

Although many products have since altered their formulations or names slightly, the same principles apply. The following are the results of our 2012 investigation.

The bold claims of these three toothpastes also stood out.
The spin: "Micro-cleansing crystals for clinically proven whiter teeth".
The truth: Comparing the ingredients with that of regular Colgate, we believe the micro-cleansing crystals must be hydrated silica, which is the abrasive used in many other toothpastes.
The spin: "Extreme clean with micro-active foam for deep-action whitening".
The truth: No toothpaste without hydrogen peroxide is capable of physically whitening teeth, with or without "deep action".
The spin: "Micro-wax to prevent staining on teeth enamel."
The truth: The micro-wax is carnauba wax, derived from a Brazilian palm tree. Alldritt doubts a coating of wax would remain on the teeth throughout the day to repel stains from food and drinks.

According to Alldritt, the most important considerations for maintaining good oral health should be:


What's on the tube

Here's how to translate the ingredients you'll find on the toothpaste tube.