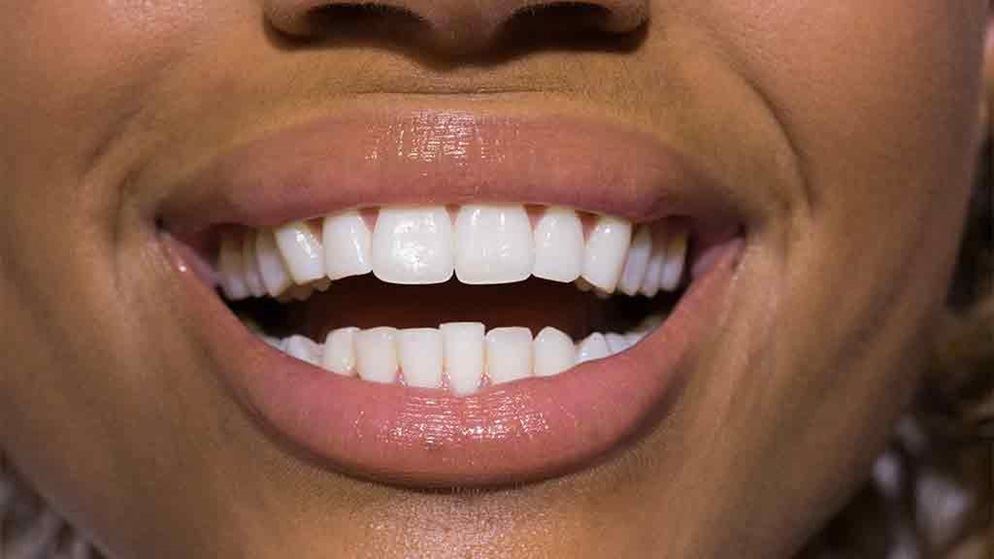 Getting a pearly white smile

Whether it be at home, the dentist or in a salon, the desire for a bright, white smile is all the rage. Teeth-whitening products are everywhere: from whitening toothpastes, bleaching kits and adhesive strips, to salons and kiosks everywhere – all promising lighter, brighter teeth at a fraction of the cost you’d expect to pay for a full dental clinic treatment.

But what do you need to know before you jump into any of these teeth-whitening treatments, and how safe and effective are they?

We take a look at the pros and cons of the following teeth whitening services and products:
We also explain the causes of stained teeth and why tooth whitening treatments may not always work.

Teeth-whitening salons offer in-chair treatments that claim to brighten smiles up to nine shades. With little or no training and an outlay of a few thousand dollars for an activating light and bleaching equipment, entrepreneurs can establish a lucrative little money-earner in hair and beauty salons, shopping centre kiosks, or even mobile home-based teeth-whitening parties.

Typically costing less than $200, it's much cheaper than similar teeth-whitening services provided by a dentist. But what do you need to know before you try it?

The teeth-whitening industry is largely unregulated and the practitioners in salons don't necessarily have any dental training. Practitioners can't advise on whether the process is appropriate for you (some kinds of discolouration don't respond to certain treatments), and they're not qualified to check for problems such as cracked enamel, cavities, restorations and exposed root surfaces that need special care.

Potential problems include lack of proper infection control, careless application or ill-fitting bleaching trays, causing irritation to gums and lips. In most cases, however, the worst outcome will be temporarily sore gums and sensitive teeth.

To whiten teeth, salons typically use a bleaching gel and then place your teeth in line with an activating light. However, after an increase in injuries associated with teeth-whitening products, teeth-whitening preparations containing more than 6% hydrogen peroxide (18% carbamide peroxide) are now prohibited from sale, supply or use, except by registered dentists in a clinical setting.

To get around this restriction, some salons simply do more applications of the bleaching gel in one session to achieve a whiter shade, instead of a strong 'power bleaching' solution. 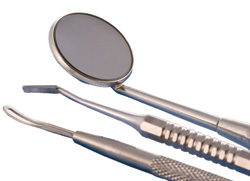 The main advantage of dentists over cosmeticians is that they're qualified to assess the status of your teeth, including taking a dental history, which may have a bearing on the treatment they're prepared to give you. They can also assess and redress underlying problems causing discolouration.

They're more likely to offer custom-fitted bleaching trays, which means better control of the bleach and less gum irritation. However, they're likely to be a lot more expensive – around $1000, give or take a few hundred dollars – which for many people is the main disadvantage.

Unlike in a salon, dentists are also allowed to do what's called 'power bleaching', which uses strong hydrogen peroxide bleach (up to 38% hydrogen peroxide). It's placed in trays and fitted to your teeth, and the bleaching effect is often enhanced with the use of a light or heat source, such as laser, LED or halogen lamps.

In general, the stronger the product and the longer the contact, the whiter the result. However, teeth are also likely to be more sensitive afterwards. Using light or heat to enhance the effect of the bleach appears to have a greater whitening effect than bleach alone. However, much of this extra effect appears to be due to dehydration of the tooth, and the colour will darken slightly as the tooth rehydrates.

You may need more than one treatment

The effects of power bleaching are immediate, but more than one treatment may be needed to get the desired results. It's not uncommon for an initial treatment at the dental surgery to be followed up with further treatment or maintenance at home.

Your dentist can also provide home bleaching kits, either as a stand alone bleaching process or to supplement in-office power bleaching. These are likely to be more expensive, simply because the dentist will have made custom-fitted trays, though you can be reassured the strength of the product will be appropriate for you.

If you're going to go down the home bleaching path: 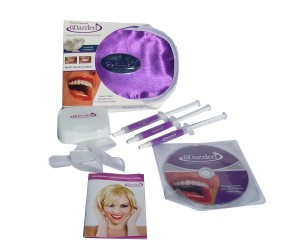 DIY home tooth-bleaching kits can be easily purchased via the internet, with mixed reviews. The kits generally contain:

They may also come as a tooth-whitening pen or adhesive strips.

However, dentists may still sell stronger kits for in-home use, based on their professional judgement – the 6% is based on risks of toxicity, rather than the effects on your teeth.

The fit of the bleaching trays is an important aspect of this sort of teeth whitening. If you're leaving them on for a long time (30 minutes or so), they need to be comfortable, and not cause gagging or excessive salivation. And the closer they fit, the less bleaching product you need to use. Excessive bleach can ooze out, and while not toxic in small amounts they can taste unpleasant and may damage soft tissues.

Custom-made trays Rather than giving you a 'boil and bite' tray, some DIY kits get you to make an impression of your teeth, and send them back to the distributor, who'll then make and post out a set of custom-fitted trays for you – much like those a dentist would make. They're a little more expensive, but you can use them for many years.

Pre-filled trays promise the convenience of not having to muck around with tubes of bleaching gel and so on. But because they're one-size-fits-most, there needs to be a lot of gel in them to make sure all teeth have contact with the active ingredient. Excess gel oozes out and irritates the gums.

Most tooth-whitening products will use some sort of abrasive to remove stains, but some also use other ingredients.

Developed initially by a team of dentists and scientists at the University of Melbourne, Tooth Mousse has taken the dental world by storm. Tooth Mousse contains calcium and phosphate derived from milk protein (casein), and works to remineralise the enamel surface of the tooth, preventing and reversing surface damage.

It's recommended for tooth erosion, early decay, fluorosis, lesions due to orthodontic treatment and tooth sensitivity – including post-bleaching sensitivity. By strengthening the enamel, it also protects against erosion and caries, and can be used pre-whitening to prevent sensitivity.

Apart from relieving post-bleaching sensitivity, it also helps keep your teeth white longer by resisting staining. And while the company doesn't make any claims about whitening, anecdotal reports indicate that with regular use it gradually whitens unbleached teeth. You can buy it online for around $20–25 a tube, and many dental practices sell it as well.

The natural colour of people's teeth varies from white to yellow, with every shade in between. All teeth contain red and grey colours, and the grey colours increase with age.

Teeth are made up of three layers: tough outer enamel, softer dentine, and the inner pulp. As you get older, the enamel thins through wear and tear, and the darker dentine layer can begin to show through. The dentine structure also changes as it takes up more minerals from the pulp. These two processes can make older teeth appear yellow.

In addition to genes and aging, tooth colour depends on many factors, of which general health (when your teeth are forming) and diet and lifestyle (once teeth are in your mouth) are key.

Your health – particularly in early years when teeth are still developing – can be responsible for intrinsic stains, which affect the colour of the tooth itself. Certain antibiotic drugs, such as tetracycline, can affect tooth colour during development, as can severe fevers. Damage to the forming tooth can also cause internal discolouration, as can damage to the pulp of a permanent tooth (as a result of receiving a blow during contact sport, for example).

Then there are the surface stains, caused by diet and lifestyle – tea, coffee and smoking are three of the biggest culprits.

Many whitening products specifically refer to surface stain removal as one of their methods of whitening action. A professional clean at the dentist can also remove surface stains (including those between the teeth), often producing a fresher, whiter appearance.

But while removing surface stains can restore teeth to their natural colour, this doesn't necessarily mean your teeth will be whiter. Deeper stains are more difficult to remove and may not respond well to home-bleaching treatments, or even to the special bleaches and whitening treatments used by dentists. If the tooth is very badly stained, some type of veneer might be needed to disguise the area.

So before you spend money on DIY whitening, it's probably worth speaking to your dentist about treatment options for the particular type of stain affecting your teeth.