Finding a trusty mechanic can be tricky. 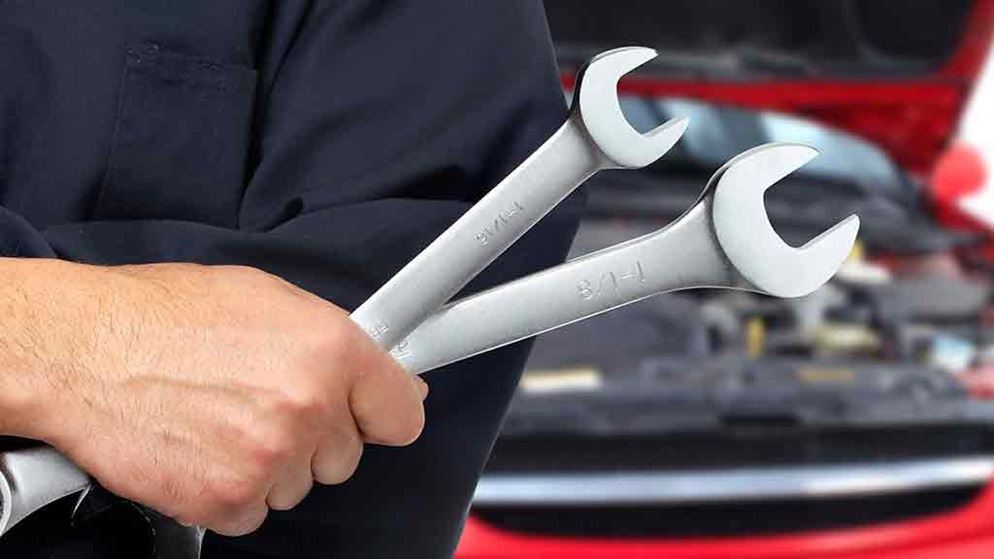 Motor vehicle repairers are among the types of professionals we like to deal with the least, right up there with dentists and telemarketers. Most mechanics are honest, but what's being done to clamp down on unscrupulous mechanics?

A 2012 WA court case gives a sense of the difficulties that car owners face. A service centre in the outer Perth suburb of Midland was fined $3000 and ordered to pay $2000 in court costs after it was found guilty of making false or misleading representations to a customer.

The customer had taken his car to be serviced at the garage and was told it required new brake pads and discs at a cost of $798. Sensing something fishy, he declined to have the work done and lodged a complaint with Consumer Protection WA.

An independent inspection of the vehicle found the brake pads and discs didn't need to be replaced. The company was taken to court and fined, by which time it had gone into liquidation. It's just one example of how some practitioners in the motor vehicle service and repair industry contravene consumer law.

The vast majority of vehicle repairers abide by strict ethical standards and take their responsibilities to their customer seriously. But some repairers may be taking advantage of their customers, over-charging them for parts that aren't needed or diagnosing faults that don't exist. These mechanics do little to help the reputation of what is otherwise an honourable trade.

Does the vehicle repair industry have a case to answer or has it been unfairly maligned? What steps have been taken to clamp down on unscrupulous repairers? And what can you do to avoid being ripped off?

It's difficult to quantify the extent to which over-servicing occurs as the phenomenon appears to be under-reported. Some consumers may not know they've been presented with an inflated quote for their car to be serviced or repaired, and pay without questioning it. Others suspect something's not right but feel bound to foot the bill, not realising their rights as a consumer are protected by the Australian Consumer Law.

Statistics show that poor service is not uncommon. A spokesperson from NSW Fair Trading confirmed the department had received 1486 complaints over a nine-month period about vehicle repairs. The majority of the complaints related to the quality of the work or raised concerns that the work was defective.

These complaints could be put down to shoddy workmanship on the part of the repairer. But over-servicing connotes something more malevolent – an intention to deceive for the purposes of unfair gain.

Anecdotal evidence offered by repairers sheds light on the practice in the absence of any hard figures. CHOICE spoke with the owner of a garage in Sydney's inner south who indicated that over-servicing in the industry is "rife". "There are a few cowboys out there, that's for sure," he says. "There's a lot of good in the industry, but unfortunately the good guys are tarred with the same brush."

He knows of a number of instances of repairers over-servicing customers' vehicles, but says he's also aware of other ploys. He told us the story of a nearby repairer, which is now out of business, that sold service dockets for $65 that promised savings worth $800. Once a car was brought into the garage by a docket holder, a higher-than-normal quote was then given to the customer. "If the deal sounds too good to be true, it probably is," he says.

This point was supported by a Brisbane-based motor mechanic we spoke to. He says repairers can arrive at a cut-price quote if the customer is prepared to have cheap – and often inferior – parts fitted to their vehicle. He advises to shop around for the best available quote, be guided by a mechanic's professionalism, and take heed of the recommendations of friends and family. Your gut instinct is rarely wrong, he says.

On a positive note, he says it doesn't make sense for repairers to treat customers badly because they rely on good word of mouth and repeat custom. While he concedes "over-servicing can and does happen, it's probably not as widespread as people think".

Some of the key provisions of the new Act include:

In addition, WA's Department of Commerce (comprising Consumer Protection) has undertaken secret shopper campaigns to verify whether work quoted for vehicles actually needed to be carried out. These initiatives are designed to improve the protection already offered to consumers.

In NSW, for example, repairers must be licensed with NSW Fair Trading to operate and must display their licence. Under the Australian Consumer Law, motor vehicle repairers across Australia have a responsibility to ensure the work they carry out is done in a workmanship-like manner, and it is an offence for them to engage in conduct that is misleading or deceptive.

What to do if you think you've been had

Consumers may seek recourse if they feel they've been taken advantage of. Anyone who believes a repairer has acted in a dishonest or fraudulent manner can report the matter to the relevant consumer protection body in their state. Repairers can be fined, as the service centre in Midland was. And, in the case of a serious ethical breach, a vehicle repairer can have their licence suspended or cancelled.

How to avoid car repair rip-offs