More than 670 dirty fuel insurance claims were made in the last year. 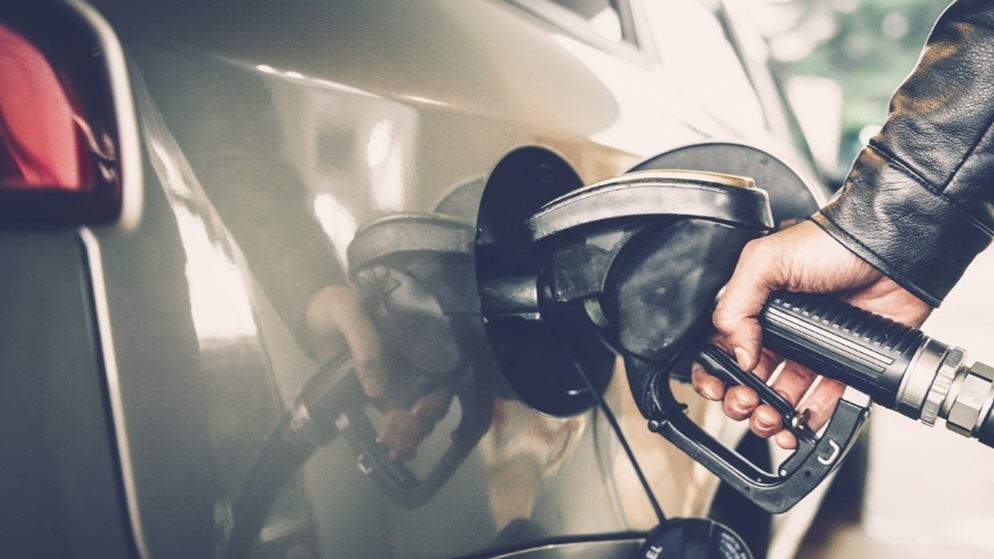 Proving fault is an uphill battle

Nine months is the difference between Rodney Camilleri's car breaking down and him getting his day in court. He's been hit with a repair bill of more than $12,000, hired a lawyer for another $2500, and was without his car for four weeks. Add $85 for petrol and we have the total cost he paid for one full tank of fuel.

Camilleri's story is one of many CHOICE heard once we published the findings of our original investigation into contaminated fuel. A few of the cases end with customers recouping costs, but most illustrate just how difficult it is to hold petrol stations accountable.

"The stress this has brought upon my partner Kylie and myself is massive," says Camilleri. "I've never had a debt of this amount."

Parallels can be drawn between Camilleri's case and the one featured in our original investigation, that of Ahmed Kilani. Camilleri was driving back from Canberra having picked his kids up from the airport when, on his way through Michelago, NSW, he pulled into a United Petroleum service station and filled his 2015 Mazda with 70 litres of diesel.

The car broke down before he could make it home having sustained major damage to the fuel system. The date was 20 January 2016.

Three months later, Camilleri was knee deep in litigation. He initiated proceedings against United Petroleum before the NSW Civil and Administrative Tribunal (NCAT), but his first hearing wouldn't take place until 4 October – nine months after the contamination.

"All United [Petroleum] is doing is delaying the case," says Camilleri. "It's going around in circles, it's unbelievable. They should be held accountable."

United Petroleum agreed in April to reimburse Camilleri for the costs, a total of $12,880 to cover repairs, towing and fuel, under the condition he signed a confidentiality agreement.

Camilleri signed the paperwork, but United Petroleum failed to make the payment. Now the workshop that repaired his car has hired debt collectors and has added the expense of legal fees.

"The dealer has been quite good up until the last couple of months," he says. "They haven't been paid. Now their bill has gone up because they're taking me to court."

A second hearing was held between United Petroleum and Camilleri on 25 October. United argued the contract the company drafted was not legally binding because it wasn't signed by a company representative. The case has since been adjourned until the 13 of January, 2017 – almost a full twelve months after he filled his car with a tank of diesel from United Petroleum.

He will have to escalate the issue if the tribunal does not rule in his favour.

Fuel and water a bad mix

More than 670 contaminated fuel claims were made to insurance companies in Australia within the last financial year. This would not include the cases where petrol stations covered the costs of repairs.

Many readers claiming to have been sold contaminated fuel contacted us following our original investigation. We assessed the cost of repairs where documentation was provided on 14 of those cases, and found the average cost to customers was $4986. The petrol stations involved in most cases denied accountability and refused to reimburse their customers.

Often the rejection letters issued by petrol companies focus on the quality of the fuel when it is being delivered, but most contaminations happen on site, says Ross Rogers, who worked at Shell Australia for 29 years.

"Most of the contamination in fuels is due to water. If the storage tanks at sites are not maintained and inspected regularly, water [will build up] until it reaches the pickup of the tank and a slug of water is dispensed into vehicles."

Rogers retired from his role as the fuels technical advisor at Shell two years ago. He and his team would determine if the fuel sold from a service station was contaminated.

"My last year on the job, we had five cases because of water. Forty or fifty vehicles were affected in those instances, some ten or fifteen vehicles from a busy location at a time," says Rogers, adding the numbers were similar the year prior as well.

Shell covered the cost of repairs in these cases, says Rogers, but he wouldn't reveal the number of claims that were denied.

Most contaminants are denser than fuel – water, dust, rust, iron filings, sludge – and so they separate from the fuel by sinking to the bottom of a storage tank. Staff failing to follow best practice can cause a tank's contaminants to mix with the fuel.

"When a tanker comes to drop fuel into a location, they'll stir up the fuel and water will be in suspension. You'll get some pick up of water [by the bowser]," says Rogers.

"The water needs to settle for a short period" before it can be sold safely to customers, he adds. "[Petrol stations] need to do water level paste checks all the time."

Camilleri believes negligence and a fuel delivery led to contamination of the diesel he bought. Samples kept from his tank clearly show hazy diesel fuel mixed with dirty, brown water.

Service stations will neglect to mention that a fuel delivery can impact fuel quality. For instance, we've seen three rejection letters issued by Woolworths to customers claiming they were sold contaminated fuel. Only one acknowledges "there is no evidence to suggest a delivery of petrol was made into the…storage tank". The other two letters – which are based on the same templates – make no mention of fuel deliveries.

Supermarkets earn the most complaints

Almost half the cases we examined involved a petrol station affiliated with a supermarket.

"Coles Express stands behind the quality of the products we sell and we thoroughly investigate any customer complaints we receive," says a company spokesperson. "Viva Energy maintains the fuel service equipment at service stations operated by Coles Express."

But when we asked for a breakdown of who manages the onsite equipment, representatives from Coles Express and Viva Energy chose not to clarify.

A Viva Energy prospectus states the properties "are operated by Coles Express", a claim reiterated by the Coles Express website, which states the company operates "685 sites across Australia, employing more than 5000 team members".

Similarly, more cases of alleged dirty fuel were brought against Woolworths than its supplier Caltex. Five cases brought to our attention involved Caltex fuel, three of which were service stations operated by Woolworths.

Woolworths is a major supplier of Caltex fuel, managing 527 service station properties. The company responded to our request for comment with the following statement:

But industry experts recognise automatic tank gauging (ATG) is not a foolproof system.

"There is always some water that exists in storage at a very low level, but it is only once the level reaches a set point that it is detectable," says Rogers. "If there was detection on the true bottom of the tank, then no tank would be considered completely water free.

"This has always been known and these storage tanks at service stations require regular draining and inspection."

"The ATG measures the density of all the liquid in the tank. Retailers can reconcile their daily or weekly fuel sales volumes with records of how much was delivered by truck.

"If the volume sold, the volume delivered and the volume in the tank don't match, this requires further investigation," he says. Such a discrepancy is likely due to the presence of a contaminant.

Cases were lodged against two other large petrol station retailers.

Four cases alleging contaminated fuel were made against Metro Petroleum. The company did not respond to our request for comment this time, but did confirm the sale of contaminated fuel to Ahmed Kilani in our original investigation, causing $21,646 in damages in April of 2016.

"Currently my insurance company has sent a letter of demand for costs and the petrol station is negotiating a settlement amount," Kilani tells us. "I'm not sure how long this process will take."

By lodging a claim with his insurance provider, Kilani can make use of its resources and expertise, though the process is still costing him.

We contacted United Petroleum for an interview. Company representatives provided the following comment:

"Our fuel is of the highest quality and is not contaminated in any way. It is sourced from local and overseas refineries and we follow a strict quality testing regime. If we become aware of any isolated instances of service or product issues, in all cases we immediately rectify the situation."

All seven complaints received against Metro and United Petroleum were alleged to have taken place this year.

"Some of the smaller outlets rarely get diesel because they have a small storage tank and it's barely being used," he says. "That's where you end up with quality issues." Issues such as the build-up of a contaminant.

Rogers says he never uses an independent or a smaller outlet and that he often disagrees with their maintenance practices.

CHOICE received fewer complaints against larger, company-owned petrol providers. Often they would cover the cost of repairs to maintain a good reputation.

"If we sold fuel that is not on spec, we would absolutely reimburse customers for any reasonable out-of-pocket expenses," says Caltex Australia's Sam Collyer.

"We have to make sure our fuel quality meets the highest expectations. It's why people shop with a recognised brand."

Two Caltex sites sold fuel that was contaminated in the last eighteen months. Contaminated E10 sold by Caltex Eastern Creek, NSW, left 28 people stranded in the breakdown lane of the M4 motorway in June 2015. Then, in May of 2016, diesel was unloaded into the unleaded petrol tank by a third-party contractor at the Caltex in Reddy Creek, Qld.

In both instances, Caltex covered the cost of repairs.

A couple of readers approached us claiming BP had sold them dirty fuel. Repair costs were covered, but they could not divulge much about their experience because they'd signed non-disclosure agreements.

Apart from buying your fuel from big brands and company-owned outlets, there are other ways you can protect yourself when it comes to contaminated fuel.

If affected by contaminated fuel:

And if you find yourself stranded down the road from a service station selling questionable fuel, get your car towed to a mechanic that is reputable.

"Normally you get a proper estimate by recognised mechanics. Service stations should accept that," says Rogers, "especially if you know more than one person who suffered."

Each state has its own governing body designed to enforce Australian Consumer Law, and because dirty fuel is a major failure of consumer rights, they should hold service stations accountable. But our investigation reveals the process can cost you time, patience and money.

Lodging a claim with your insurance provider is easier, provided your policy covers contaminated fuel – not all of them do. It's the path Ahmed Kilani has taken and one Rodney Camilleri says he would have considered, had he realised what he was up against.

"I just thought it wasn't fair to be using my insurance, not realising it was going to take this long," says Camilleri. "It was going to cost $1000, then you lose your no-claim bonus and your insurance goes up next year."

"We should have a right to put fuel in our car and drive safely home."

Have you come across contaminated fuel in the past? CHOICE would like to hear about your experiences. Leave a comment below or send an email to tibrahim@choice.com.au.