While parcel delivery prices increase, service quality is on the edge. 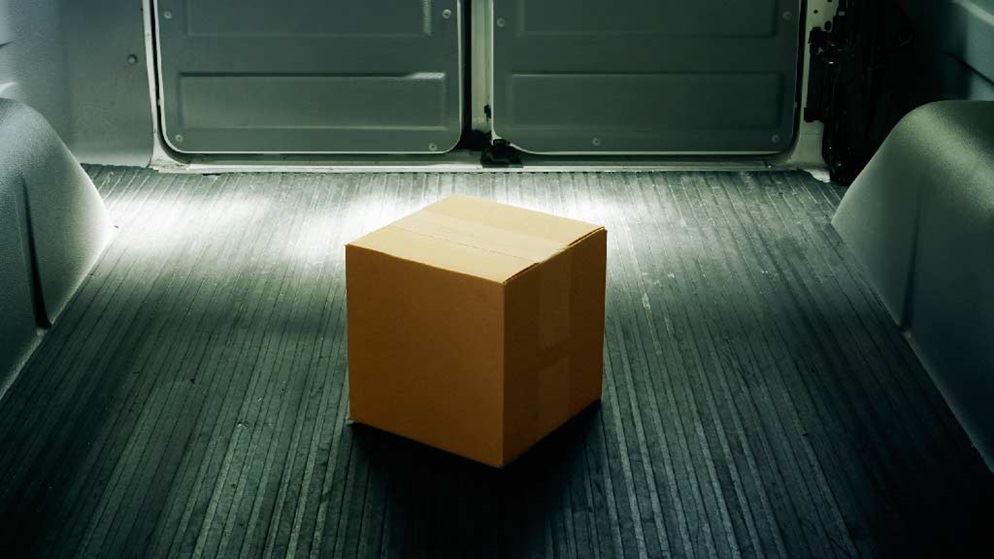 If you've ever been at home eagerly awaiting a parcel only to find the delivery person has been and gone and didn't even ring the bell, or your parcel was delivered unreasonably late or was even lost – you're most certainly not alone. We've heard lots of anecdotal stories about parcel delivery problems so we decided to find out just how much of an issue it really is. What we found was quite surprising.

We asked a nationally representative group of 1025 Australians in July this year about their experiences with parcel delivery. Of the 643 people who'd had parcels delivered in the previous 12 months (through any parcel service), we found that more than 50% had experienced a problem.

Topping the charts for those customers who had experienced problems was the mystery of the delivery notification card being left in the letter box even though someone was home at the time of delivery – with one in four people (24%) having experienced this problem. Other problems included unreasonable delay (23%), a missing parcel or failure to deliver (14%) and the parcel being left in a vulnerable position (11%).

Each week, Australia Post delivers 60 million postal items to more than 11 million addresses. Under the Australian Postal Corporation Act 1989 Australia Post is obliged to offer a letters service, which is protected from competition. The prescribed standards currently require this service to be available to 98% of addresses on a daily basis (except weekends). However, unlike the monopoly letters service, for which prices and delivery times are also regulated, Australia Post's parcel service operates in a competitive environment and is not subject to the same regulation.

Australia Post's current delivery estimates for domestic parcels vary anywhere from two to six days, depending on the parcel's starting point and destination. As this is only an estimate, Australian Consumer Law would still require the parcel be delivered within a reasonable period of time.

Australia Post plays down problems with its service quality, with a spokesperson saying: "There has been no reduction in Australia Post's performance levels. Our parcels network continues to deliver more than 95% of all parcels on-time or early." But, while parcel prices continue to increase, on-time deliveries have decreased – from 97.8% in 2013–14 (when the company's target was 96%) to the 95% Australia Post says it's currently achieving. Nevertheless, 95% seems reasonable. One explanation for the contrast with consumers' experiences could be the way on-time deliveries are counted, with non-attempted deliveries (the drop-a-calling-card-and-run technique mentioned above) potentially boosting on-time figures. According to Australia Post's terms and conditions, a parcel is deemed to be delivered either once it's been handed over to the addressee, or if that's not possible, once a card is left advising the addressee the parcel is available for collection.

Our national 'Knock and call out' process requires our posties and drivers to knock at our customers' doors three times before leaving a card.

While there is no specific obligation in the legislation for Australia Post to deliver to the door, there is a general requirement for this under Australia Post's policies. An Australia Post spokesperson told CHOICE that its national 'Knock and call out' process "requires our posties and drivers to knock at our customers' doors three times before leaving a card".

And for those who aren't at home during the day, parcels that don't require signatures are able to be left, provided there is a safe place to do so, under Australia Post's 'Safe Drop' policy. No doubt people's definition of "safe" can vary, which is likely to result in issues with parcels being left in vulnerable positions.

The image painted by Australia Post about its service quality is different not only to our research, but also to the figures in the Postal Industry Ombudsman's (PIO) latest annual report. In 2014–15 there were 5613 complaints made to the PIO about Australia Post (only 5351 were in jurisdiction, i.e. the complaint was a result of Australia Post's actions) – a 38% increase on the previous year's figures. It's not an isolated increase either. Complaints to the PIO have been steadily increasing (they've almost tripled) since the office was formed in 2006. The top complaints about Australia Post related to lost letters/parcels and delivery problems (such as the failure to attempt delivery and incorrect safe drop procedures) – accounting for 31% and 27% of complaints respectively.

It's difficult to compare these statistics with other providers as Australia Post is the only mandatory member of the PIO. However, there are six voluntary members, which received a total of 16 in-jurisdiction complaints in 2014–15 – a 60% increase from the previous year.

The failure to even attempt delivery isn't exactly a new problem. The PIO first investigated the issue back in 2008 (although even then they acknowledged it wasn't a new problem) when they noticed a dramatic increase in the number of complaints linked with notification cards. The PIO recommended that Australia Post review its procedures relating to notification cards as well as the guidance it provided to its delivery people.

Australia Post's response was to conduct a national communications program for its parcel contractors. The program would remind delivery people it was a "to the door" service and that notification cards weren't to be left "unless delivery ha[d] been attempted by attending the address and establishing no-one [wa]s in attendance to accept the article for delivery". Australia Post added: "Where required the contractual provisions regarding non-compliance will be enforced. This can involve formal warnings or notices of breach of contract depending on the nature of the failure to comply."

But these measures didn't solve the problem. Since 2008, the PIO says it has seen a significant increase in the number of complaints relating to delivery and notification cards. That said, it has also seen an increase in complaints overall. Nevertheless, "the ratio of complaints concerning delivery issues i.e. carding, safe-drop and signature on delivery, have remained relatively the same," the PIO told CHOICE.

Concerned about privacy and security when you shop online? See our VPN reviews and antivirus software reviews.

So why are parcels not being delivered?

A quarter of parcel-receiving Australians in our survey having experienced a failure to attempt delivery is a surprisingly high number – so too is the similar number experiencing an unreasonable delay in delivery. Figures this high are unlikely to be explained by 'rogue' posties and point to a more systemic explanation. So what's going on?

Some delivery issues may be explained by circumstances in which a delivery person isn't required to attempt delivery. This may be because there is a risk involved such as an aggressive dog (according to Australia Post, there were 280 dog-related incidents last year), or there's a locked gate preventing access, or the mail on the delivery truck would be out of sight if they entered the premises (this can often be the case in rural areas where there are long driveways).

There are a lot of problems at the pointy end.

But this doesn't explain all the issues. One contractor we spoke with who's been delivering parcels for the past 14 years says he believes many of the issues with parcel deliveries are linked with the cost and time pressures placed on sub-contractors. "There are a lot of problems at the pointy end," he says. The end deliverer is often paid very little and is given runs that are impossible to complete in the timeframe.

The Communications Electrical Plumbing Union (CEPU) represents Australia Post workers – both employees and contractors – and Jim Metcher is the NSW state secretary of its Postal and Telecommunications branch. Metcher explains that all parcels under 2kgs are delivered by Australia Post employees, who are paid an hourly rate. Any parcel over 2kgs will be delivered by a contractor, or the contractor may sub-contract out the work – yet one step further along the chain of command from Australia Post. Contractors are paid a piece rate: "the average is $1.70 to $1.90 per parcel, depending on the number of parcels and the geographical location," says Metcher. "A subbie isn't getting that." They would be looking at more like $1.10–$1.20 per parcel, he says.

Compare that to the current rate for a prepaid 3kg parcel satchel, which is $13.80, and it's clear there's a mismatch. On average, contractors are delivering between 200 to 250 parcels a day, says Metcher. The number of hours worked varies depending on the size of the suburb the contractor is servicing and the traffic, but say a parcel delivery person works to deliver 250 parcels in eight hours, that allows just under two minutes per parcel delivery. Add to this equation traffic and parking and it's not hard to see why parcel delivery people might be cutting corners.

The dramatic shift happening in the postal industry – as we move away from letters towards parcels – has clearly put Australia Post under pressure, too. Australia Post's reserved letters division bled $283m from the company last year. Meanwhile, its profit-making parcels division has been working to subsidise these losses, which has no doubt also been part of the reason increases in parcel prices aren't flowing on to an improvement in service quality.

None of this really solves the frustrating experience of non-deliveries, or delayed and lost parcels.

It's now much easier to trace delivery drivers (thanks to technology) and Australia Post says it will investigate each complaint on its merits. So if you're experiencing problems with non-deliveries, or significant delays, it's worth making a complaint (and social media can be a good way to get a quick result).

When it comes to lost or damaged parcels, you may be entitled to some compensation. Even if the parcel hasn't been sent via Registered Post or had Extra Cover purchased (these services provide varying levels of compensation up to certain amounts), regular parcel items may also be eligible for compensation (Australia Post says a maximum of $50 and a refund of postage costs).

Australia Post provides a number of alternatives for having your parcel delivered, and as more parcel companies (which already offer options such as night-time deliveries and convenience store pick-ups) compete, its offerings are likely to become more innovative. As it stands, Australia Post customers who sign up for a MyPost account are able to utilise a number of substitutes to the standard 'to the door' service. These include:

Australia Post is also trialling night-time deliveries. It may mean you're more likely to be home at delivery time but might not reduce the pressure on posties. Time will tell if it solves the problems.