Think twice (or thrice) before signing up to these dodgy deals. 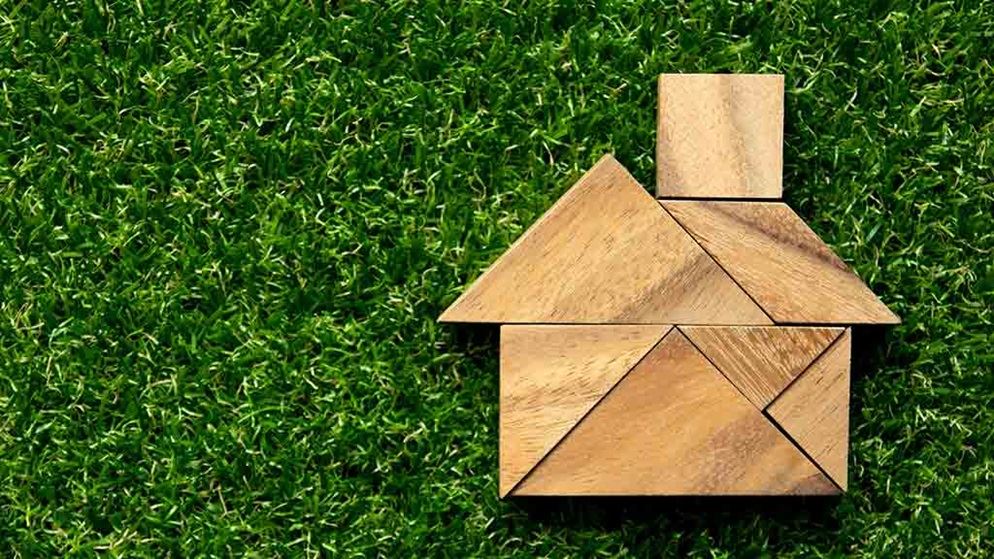 How not to buy a house

Trying to break into the property market but can't really afford it? Vendor finance and rent-to-buy schemes may be tempting but they'll probably leave you worse off.

We Buy Houses bites the dust

Property investment spruiker Rick Otton and his "We Buy Houses" operation had a pretty good run until the Federal Court shut it down in August last year.

Between 2011 and 2014, We Buy Houses generated about $20 million in revenue from its "boot camps" and mentoring sessions as well as from books and videos. The business had been running since 2000 and Otton was its only director.

What were the boot campers learning? The secrets of Otton's so-called "wealth creation" strategies, which had names like "sandwich lease option", "handyman special", "deposit builder", "sweat equity" and "some now, some later" – all variations of vendor finance schemes including what is arguably the least advisable variety, rent-to-buy.

Otton's pitch would have sounded like pie in the sky to many, but for people priced out of the property market it offered a sliver of hope delivered with slick salesmanship and complicated techniques – not unlike vendor finance in general.

What is vendor finance?

Vendor finance (the vendor being a home owner instead of a bank) is a form of property finance that has early 20th century roots in Australia and made a comeback in the early 2000s.

Then as now, its practitioners often target people in tight financial circumstances who wouldn't otherwise be able to own a home, especially through the rent-to-buy approach.

Are the schemes dodgy? They come in many flavours and may work out for some if the participants act in good faith, but for many others they push the dream of home ownership even further away.

It doesn't help that the legality of the schemes is often unclear and falls under a mishmash of legislation that varies from state to state.

One law firm specialising in vendor finance puts a positive spin on the concept, saying "vendor financiers provide a service which matches and betters what the banking system provides because the seller works with the buyer to tailor a vendor finance solution for the sale to meet the circumstances of both the seller and the buyer".

The firm also says vendor financiers "willingly step in where bankers fear to tread by accepting buyers who are self-employed, or with low deposits, or with black marks on their credit file".

Bankers fear to tread for good reason. There is no shortage of vendor finance horror stories out there, with buyers often the victims.

Why do people turn to rent-to-buy schemes?

It's no secret that it's tough out there for aspiring home owners. Home prices have doubled nationwide over the past 20 years and jumped 70% in Sydney and 50% in Melbourne since 2012.

At the moment, median housing prices in Australia are about seven times the median annual income, and the ratios are worse in the capital cities.

For renters, the lure of turning a weekly rental payment into what appears to be a mortgage downpayment may seem too good to be true – and it usually is.

Otton maintained you could build a property portfolio without taking out a loan, investing any of your own money, or having any previous real estate experience.

But the zinger was the promise that you could buy a house with a dollar.

At the seminars, students who had supposedly been successful in implementing Otton's techniques were known as the "big Kahunas" and wore loud Hawaiian shirts.

A red flag? Apparently not for the 2000 or so boot-campers who paid about $3000 per ticket, or to the approximately 700 people who took part in special "mentoring" programs with Otton that cost up to $26,000 a pop.

In reality the seminar attendees were learning how to theoretically take advantage of already hard-pressed people while being swindled themselves, since the techniques Otton promoted rarely if ever worked.

How do vendor finance and rent-to-buy schemes work?

There are many variations, but to pull off the rent-to-buy technique you generally have to have three things in place.

The rent-to-buy broker, a middleman or "transaction engineer", sets up the deal between the strapped home owner and the would-be buyer and takes a cut of the profits (or a home owner familiar with the technique might set the scheme up themselves).

To come up with the deposit, hopeful buyers often turn to a First Home Owner Grant, and vendor finance contracts generally run from two to five years.

The idea is that some of the money the would-be buyer is paying in inflated rent and option payments, along with initial down payment, will go toward building equity in the home so that eventually they'll be able to qualify for a loan to buy it.

But that rarely works out. In many cases the renter/buyer can't afford the payments and bails out on the deal or still doesn't have enough equity in the home or other assets to qualify for a mortgage at the end of a contract.

Meanwhile, the successful rent-to-buy practitioners are lining their pockets by:

Here's a breakdown of one deal gone wrong:

We Buy Houses: A cautionary tale

The vendor finance sector already had a credibility problem; the We Buy Houses case made it worse.

The Justice called Otton "a very unreliable witness who was prepared to maintain or defend statements that were obviously untrue or misleading and who is habitually careless with the truth in making statements and claims designed to promote his business interests".

It didn't go over well with the court that Otton had never actually used the wealth-generation techniques himself, though he claimed on one of his websites – howtobuyahouseforadollar.com – that he had become "a real estate millionaire without money, finance or even a mobile phone to start with" and had purchased more than 300 properties in Australia and the US "using little or none of my own money".

Nine former students of Otton's took part in the ACCC's case, none of whom had successfully utilised We Buy Houses techniques, though three had tried.

The big Kahunas, it turned out, couldn't provide any evidence of success either. That was just a sham.

Extreme end of the spectrum?

Otton may have made money from real estate in the distant past, but it wasn't through the schemes he spruiked at the seminars. No evidence was provided in the court case that he had bought a house since 2006.

It turned out his $20m in We Buy Houses revenue came from boot camp and mentoring fees along with sales of his books and other materials, which is often the case with property investment seminars.

We Buy Houses may have been at the extreme end of the vendor finance spectrum, but the Otton case serves as a cautionary tale about property investment spruikers regardless of the methodology.

One distraught consumer who recently got in touch with CHOICE told us how he had been led astray by a Melbourne-based property investment advice business and ended up in disastrous real estate deals involving vendor finance.

Despite his $4855 "gold" membership in the operation, he went from being a home owner with a fully paid-off mortgage to a renter deeply in debt after a number of losing transactions.

"A comparison of our position in 2010 [when he and his brother got involved with the property investment scheme] and our current financial situation is almost unbearable to contemplate," the man told us. (He is pursuing the matter with the Credit and Investments Ombudsman and a solicitor.)

The vendor finance and rent-to-buy industry hovers on the margins of the property investment world and certainly has a dark side, but it's not as obscure as it may seem.

In 2014 the Finance Brokers Association of Australia (FBAA) set up a New Vendor Finance Committee to "bring vendor finance into the mainstream".

The FBAA argued at the time that vendor financing can be a viable option if a qualified vendor finance broker is involved and responsible lending rules set out in the National Credit Code are followed.

But the FBAA is less sanguine about the rent-to-buy form of vendor financing, saying in 2016 that only in "well less than 50%" of cases does the buyer end up owning the home at the end of the deal.

Asked about the FBAA's current stance on vendor finance, executive director Peter J. White told us "we are no longer in this space".

Who's still in the vendor finance game?

CHOICE reviewed the website information of a number of vendor finance firms, some of which made reference to the National Credit Code. Others conspicuously lacked such references.

Signs of shadiness are not hard to come by. The Vendor Finance Institute, a representative body of sorts, lists a vendor finance accountant whose bare bones website promotes a book called "Money Secrets of the Rich".

We contacted the Vendor Finance Institute to ask whether consumers should have concerns about vendor finance in general and rent-to-buy schemes in particular but didn't get a response.

In our submission to the Senate Inquiry into banking finance last year, we called for property investment advice to be brought in line with overall financial investment advice, and to be regulated by the Corporations Act under the watchful eye of ASIC.

We also want property investment advisers to qualify for a financial services license before they start spruiking their deals.