Figuring out how much your house is worth is no easy feat. 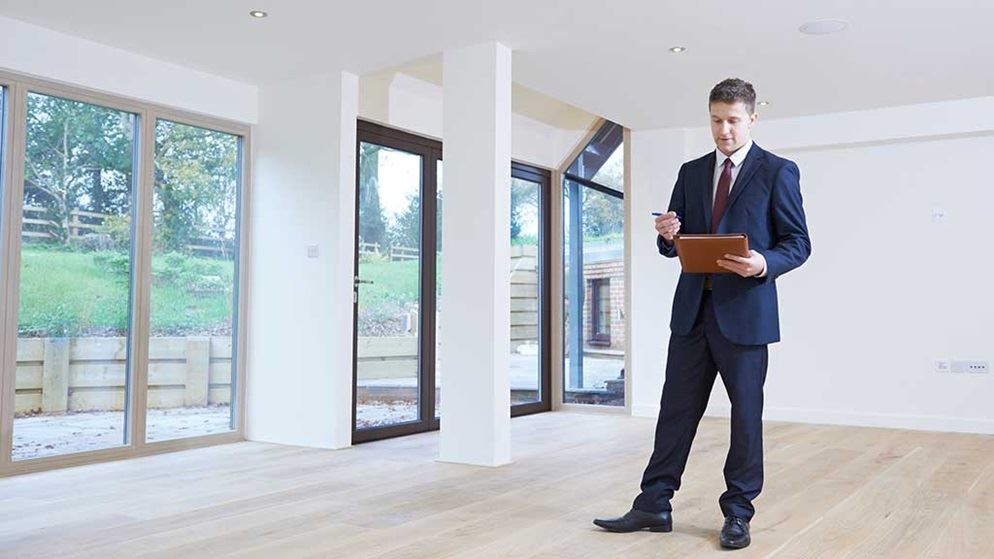 Figuring out what a property's worth is a tricky task, and when the market's hot, prices can change quickly. But an accurate assessment of the value is critical if you don't want to pay too much when you're buying, or miss the mark on your home's value when selling.

Luckily, there are a bunch of resources out there to help – some are free, while others will cost you. But how reliable are these sources, and how much do they differ in their estimates?

Looking for the right cover at the right price? Use our reviews to find the best home and contents insurance.

Price estimates vary greatly depending on which source you ask. To get a sense of just how much variation there is, we looked at what a range of sources had to say about a two-bedroom terrace going to auction in Sydney's inner west in April 2017. There was wide variation in the estimates, both across sources and within sources. For a buyer looking at all these sources, there's a $560,000 variation between the bottom price range and the top, and a $355,000 difference in the actual price estimates – leaving you arguably none the wiser. So how are these estimates useful, and what information can you glean from them to help you?

Valuation comparison for a two-bedroom terrace in Sydney

Is it worth getting an independent property valuation?

Price is what you pay and value is what you get, or so the adage goes. In short, an independent valuation is designed to help you get what you're paying for. Once the primary domain of the banking sector, the use of valuations by first home buyers and investors has been on the rise since the global financial crisis, says Vince Mangioni, associate professor in property economics and development at the University of Technology, Sydney. The benefit of a valuation, he says, is that it provides boundaries as to a property's market value and acts a safety net, ensuring you don't overstretch yourself.

In addition to understanding a property's value, reasons market valuations can be useful include:

So just how accurate can you expect a market valuation to be?

There shouldn't be too much variation, according to Mangioni – an acceptable margin of error is plus or minus 10%. That said, the market value isn't necessarily the same as the sale price. For example, in our test, the house sold for a fair chunk more than the independent valuation had valued it at. Market value, according to an internationally agreed definition, is the expected sale price between a willing buyer and a willing seller acting knowingly, prudently and without compulsion.

So how does market value relate to the sale price?

While you would expect the final sale price and a market valuation to be close, there can be variance, says Tyrone Hodge, chair of the Australian Property Institute, the peak body for valuers. Just how much variance depends on the market. An eager or emotional purchaser may choose to pay more for a property, particularly in a hot market. In addition, there may be a variation between the sale price and market value when prices are moving quickly. This is because valuers use past sales to determine current value, if prices have advanced in a short period of time, there may be a variation.

How much will a property valuation cost?

Prices are likely to start around $500, although it's worth shopping around as you may be able to get it for less, says Hodges. Cost isn't the only factor you'll want to consider either. You'll want to make sure the valuer is knowledgeable in the local area and suitably qualified – see finding a Certified Practising Valuer.

How will the valuer come up with a figure?

The most common method used for valuing residential properties is what's called the direct comparison approach, where the property is compared to recent sales of similar properties in the area. However, in addition to using quantitative data sources (such as sales history) a valuer will also be making qualitative judgments about the property, says Hodges.

No two properties are the same and an independent valuer should always visit the property to assess its inherent benefits/risks and specific locational attributes. Location is the most important factor in determining value, says Mangioni, accounting for around 70% of a property's value. However, valuers will look at a range of factors, including:

A valuer will also assess the current market and the direction they think it's heading (is it stable or in decline?), whether there is an oversupply of housing, and what interest rates are doing.

There's no shortage of sites out there offering property estimates online, many of which can be obtained for free. Most sites lead back to two main sources:

How do online price estimates work and how accurate are they likely to be?

Price estimate sites use what are known as automated valuation models (AVMs) to determine an estimated value for the property. These models input data from publicly available sources such as councils, state governments and estate agent records. In coming up with the figure they'll draw on recent comparable sales in the area, past sales of the property as well as features of the property such as the number of bedrooms, car spaces, land size, and the year it was built. Variations in price estimates will likely come from differences in the proprietary method used by each statistical model. However, an obvious point of difference between the sources is the recent comparable sales which are selected. In our test, for example, of the six comparable sales used as a benchmark by the independent valuer, only one was the same as those used in the CoreLogic report (obtained through OpenAgent), and only two were the same as those in the APM report (obtained through ANZ). The CoreLogic and APM reports only used two common recent sales.

What a statistical model doesn't do is physically inspect the property, which makes it difficult to assess particular nuances which are likely to affect the sale price. While these models can provide a good guide for where a suburb may be heading, they won't be able to assess the "nitty gritty" of a specific property, says Hodges. Mangioni agrees, saying an online estimate isn't a valuation – rather, they're price estimates and they provide indicative averages.

A reasonably new player on the scene, RealAs is trying to tackle the issue of the "intangible qualities" affecting the price of a home and capturing them in an online model. The site provides an instant prediction based on its own algorithm developed in conjunction with researchers at RMIT. The site claims to predict prices within 10% of the sale price 90% of the time. They don't share exactly how they do this, but RealAs CEO Josh Rowe says their point of difference is this: rather than simply rely on past sales, they look at the current market and use crowd-sourced buyer estimates to get a sense of the likely sale price. We haven't rigorously tested their claims, but a look at three sales in Concord found their predictions to be fairly spot on – all within 2.5% of the final sale price.

In most states and territories, with the exception of Queensland and Western Australia, property valuers aren't required to be registered through any government board, which means you'll want to ensure your valuer is suitably qualified.

Valuers are covered through a range of other mechanisms. Under Australian Consumer Law, a service needs to be carried out with acceptable care and skill and property valuation services are no exception. In addition, the Australian Property Institute (API) runs an accreditation scheme for what they call Certified Practising Valuers (CPV). The API requires CPVs to meet academic entry criteria (a minimum of a Bachelor's degree, Graduate Diploma or Master's degree in specified fields) and to have two years of full-time experience in property valuation. In addition, the API has a Professional Standards Scheme. Professional standards in these schemes are set by the industry body (the API in this case) but are approved and overseen by independent statutory bodies, which make them legally binding. The idea of the schemes is to instill consumer confidence in the professionals accredited through the industry bodies. The Australian Valuers Institute also runs a scheme, however the educational entry requirements are lower, and they don't have a Professional Standards Scheme (although they say they are in the process of developing one).