How effective are bank 'customer advocates'?

Toothless tigers or champions for fairness – we investigate. 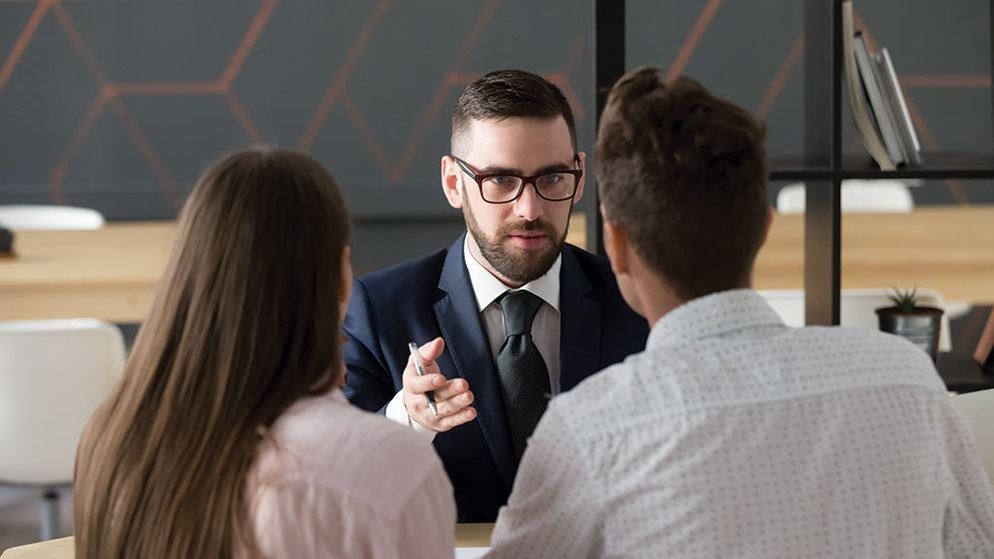 Banks behaving badly seems to have become business as usual, but well before they were dragged through the mud at the recent royal commission, Australia's financial institutions were already on the PR offensive.

A new generation of 'customer advocates' started arriving on the retail banking scene in late 2016 and were meant to to beef up a bank's ability to resolve customer disputes, before an ombudsman or lawyer had to step in.

You can see why they might be needed: the royal commission has made us painfully aware of just how dodgy this sector can be. Will customer advocates put an end to all this, or are they just a PR ploy?

Are customer advocates good for consumers?

The answers are 'yes', 'it depends' and 'time will tell'.

Customer advocates do seem like a step in the right direction for the beleaguered banks: giving customers another dispute resolution avenue can only be a good thing, and extra support for vulnerable customers is certainly welcome.

But the fact remains that customer advocates are accountable to no-one but the banks. Until they all have meaningful data to share showing their benefit to consumers, it's impossible to say whether they're making a real difference.

What's a customer advocate and what do they do?

Say you've got a beef with the bank – you think you've been unfairly overcharged, for instance. If the complaints department has given you the run-around, or you've ended up with a 'resolution' you're not happy with, you can take it up with the customer advocate.

According to the customer advocates we spoke to, they'll take stock of all the evidence and decide on what is a fair and reasonable outcome given the circumstances.

If they think you got a crummy deal, they have the power to approve a resolution such as a refund or partial refund. Their decision is binding on the bank, but not on you, so if you're still not happy, you can lodge a dispute with AFCA. (Or you can bypass the customer advocate altogether and go straight to AFCA). If the AFCA determination leaves you cursing under your breath, it's time to lawyer up and take legal action – but that will cost you.

Why do banks have them?

Banks already handle large volumes of complaints – tens of thousands each year for the majors. So if the complaints departments are doing their jobs properly, why are customer advocates even necessary?

"A person should not be required to escalate their complaint through multiple channels at the bank in order to get a fair outcome," says Katherine Temple, senior policy officer with Consumer Action Law Centre.

Customer advocates say they are more than glorified customer service officers, responsible not just for dealing with your dispute but also for making banking fairer for customers.

One aspect of the role is supporting vulnerable customers. All of the advocates we spoke to say they work with financial counsellors and advocacy groups to identify and support defenceless customers – victims of financial abuse and scams, for instance.

Internal scrutiny is part of the role: evaluating the customer-friendliness (or lack thereof) of existing processes, policies and products, plus improving complaints handling.

It's these high level reviews and support for vulnerable consumers that hopefully make banks more customer-friendly, the advocates say. They insist their suggestions for change are given a fair hearing and are often implemented.

For instance, CBA's customer advocate, Dr Brendan French, says the bank has taken his advice on board to support customers who speak English as a second language. Its CommInsure business has implemented a system that automatically diverts registered callers to a staff member who speaks their preferred language. Currently, they have Arabic and Mandarin speakers, and will roll out more as it's found to be effective.

AFCA has caps on dollar amounts and time limits when it comes to the complaints it handles, but NAB's customer advocate isn’t similarly constrained. When a customer’s complaint falls outside AFCA's terms of reference, AFCA handballs the complaint back to the bank – which means the customer’s only option is to go to court if they’re not happy with the bank’s decision.

Wolthuizen recognised that taking a major bank to court is beyond many Australians' means, so NAB changed its processes: now customers in this situation are directed to the customer advocate, giving customers a free alternative to court if they want to have their complaint reconsidered.

The big bank customer advocates make a strong case that they're in it for the right reasons, but not all recipients of their services go away happy.

"I've had a number of significant issues that I referred to the ANZ Customer Advocate and most made little difference to the previous outcome with the ANZ dispute resolution process," a member tells us.

"However, on my most recent case the ANZ Customer Advocate Office told me 'we are not here to advocate for customers'. I was quite shocked and challenged them as to why they would mislead customers and title the office as an 'advocate'. They gave a very defensive and arrogant response but reluctantly agreed that maybe the title slightly misrepresented their role."

Compared to the promotional material about how ANZ treats its customers and the customer advocate role, the member says it was "completely the opposite of how my enquiries were actually handled."

We repeatedly asked ANZ to respond to the customer's claims but they didn't get back to us.

Another CHOICE member says ANZ's customer advocate services was "extremely valuable and useful" when an application for an ANZ loan was fraudulently made in their name. "Contacting the ANZ customer advocate started immediate action and follow-up," they say.

Since customer advocates are paid by the bank and aren't answerable to anyone but the bank, it's hard to say how truly impartial they are – there's no external party holding them to account.

Unsurprisingly, each customer advocate we spoke to strongly denied their roles are just a publicity stunt.

She points to the longevity of the role at ANZ (it was introduced in 2002) and her "unfettered access" to the CEO as evidence of the bank's commitment to impartiality.

Adrian Ahern, Westpac's customer advocate, says his remuneration is fixed, so even if he finds in favour of the customer in every case, he'll be paid the same amount.

"From time to time within the bank, the customer advocate's decisions do put noses out of joint. This is the nature of the role and is part of our day-to-day role in putting things right for customers."

NAB seemed to have customers' interests in mind when it chose Catherine Wolthuizen as its customer advocate.

"I'm someone who has been very critical of banks in the past, so certainly having me on board was not NAB going out looking for someone who was going to pocket the money and give them an easy time," says Wolthuizen, a former ombudsman for the UK's Financial Ombudsman Service. She's also a chair of the Consumer Policy Research Centre, a consumer representative to FOS for insurance and investment disputes, and was a senior policy officer for CHOICE in the early 2000s.

"In my view, these roles are quite powerful and certainly do allow for the opportunity for very vigorous and in-depth investigations of complaints."

"The customer advocates we deal with regularly are genuinely trying to change things. But banks are huge organisations and it is hard to do that," says Fiona Guthrie, CEO of Financial Counselling Australia.

"What we're seeing with the royal commission is that the problems with our banking system go much deeper than any one person can change."

This really goes to the heart of the matter: appointing a customer advocate to improve the banks' conduct is a bit like trying to turn the Titanic around with a rowboat.

But do they ever reverse decisions made by the banks? Yes, they do. And their decisions are binding on the bank, so if the customer advocate finds in favour of the customer, the bank has to do as it's told.

"I've certainly had robust discussions with the bank sometimes, and that's a healthy thing for everybody… but I have never in the four years I've been in the role had the bank try to influence me to do something different. At the end of the day, the decision that I make is respected," says McKinstray.

Customer advocates from NAB and CBA shared some examples with us:

What the numbers say

The trouble with gauging the effectiveness and independence of this new regime of customers advocates is that few banks seem to be keeping score.

When we asked each of the customer advocates to share complaint numbers with us, most were quick to point out that the roles haven't been around long enough to have meaningful data to show whether they're making a difference.

However, NAB told us it resolved 14 out of  27 complaints in favour of the customer in 2016-17 (and six out of 15 complaints so far in the current financial year), but for the other banks no information was forthcoming as to whether these matters were resolved in the bank's or the customer's favour.

So it's hard to get an informed sense at this point of whether the customer advocate experiment is making banking in Australia any more customer-friendly.

Temple says that banks should report on their outcomes for customers, even if this unearths dodgy practices.

"This sort of reporting, including individual outcomes and systemic changes implemented as a result, would be a tangible way for banks to rebuild trust," she says.

"While they would be airing dirty laundry, demonstrating that they have actually addressed issues would enhance trust over time."

Should you be seeking compensation for bank misconduct? We explain how to lodge a bank dispute.