Ethical superannuation funds have become a sound choice for both the ethically and financially minded. 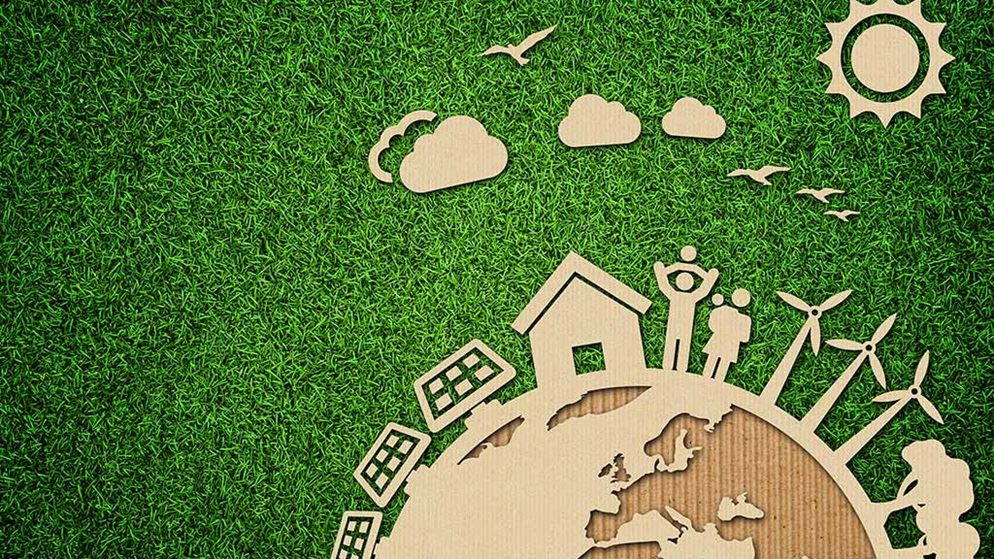 Ethical super on the rise

Ethical superannuation accounts are not just a niche thing any more. Nowadays you can help out the planet by getting your money out of fossil fuels, or give the human race a break by divesting from weapons or tobacco, and still make a nice return.

With some superannuation options you'll do better investing ethically than not.

In this investigation we take a look at:

In December 2014, Australia's biggest ethical fund, Australian Ethical, reached the monetary milestone of $1 billion under management (funds under management now stands at $1.5bn). And the fund managers have made it worthwhile for the clients who made that possible.

The company's main Australian equities fund, Smaller Companies Trust (a superannuation option), has provided returns of about 10% a year on average since its inception in 1994, better than many comparable non-ethical funds. Its recent performance has been particularly impressive, returning a hefty average of 15% over the three years to April 2016 and 10.3% between April 2011 and 2016.

"It is an absolute myth that returns need to be compromised to invest in an ethical manner and our strong track record is living proof of that," managing director Phil Vernon said when the billion-dollar mark was announced. "Investing ethically is not just the right thing to do, but the smart thing to do."

Customers seem to agree. As of 2014, Australian Ethical's client growth rate was tracking at a very robust 20% a year, according to the company. And the fund has said it will reduce its fees as its customer base broadens.

When we looked in May this year, the fees for the same account had dropped to 1.35% plus a $97 annual admin fee. With a $50,000 balance you would pay $774 a year according to Australian Ethical – about mid-range as far as super fund fees go.

Performance aside, this level of fee reduction could add tens of thousands of extra dollars to your account when you retire.

The breakdowns vary from fund to fund, but Australian Ethical's mix gives a good sense of what ethical investment through super funds and other investment vehicles looks like.

What makes a fund 'ethical'?

One of the confusing things about trying to invest ethically through super or another platform is the difficulty in defining ethical. Some funds, such as Future Super, focus their negative screening on companies that produce and fund fossil fuels, for instance, while others take a more broad-brush approach. (Future Super also screens out gambling, tobacco, weapons and a number of other non-ethical investments.)

If you're not a fan of the banks, for instance, Australian Ethical's Australian shares fund may not be to your liking. It's heavy in bank shares as well as health and medical high-tech. Cochlear, for instance, is on the list, as is Westpac. (In fairness, it's worth noting that Westpac has reduced – though not ended – its investment in fossil fuel companies and is investing in clean energy.)

It doesn't help that trying to find out what's in a fund can be a tall order. Simon O'Connor, CEO of the Responsible Investment Association Australasia (RIAA), says lack of disclosure often muddies the decision-making process.

"In Australia, there's a real hesitation to disclose the holdings in the fund," O'Connor says. It's an area of focus for RIAA.

RIAA developed its Responsible Investment Certification program in 2005 to help investors find funds whose ethical bona fides have been confirmed by a third party.

O'Connor tells us RIAA relaunched the certification program in March 2016 to make sure it was up to scratch in the face of a rapidly expanding ethical investment sector.

"We really wanted to make sure it was in line with a worthwhile certification program," O'Connor says. "With the relaunch we've been clearer with the criteria for certification, especially around disclosure requirements and processes for concerns and grievances."

"One of the key tests for us is that the product can't be misleading and that consumers understand what's in it. What we look at, basically, is 'How is this investment product different from a mainstream investment product? Is it true to label?'"

The industry body plans to launch an app in July that will allow users to filter through negative and positive screening options until they find a fund whose mix of investments meets their ethical criteria. For O'Connor, the question is straightforward. "How can we usefully help consumers sort and sift investment products to ensure they are finding investments that match their own values? That is the primary purpose of our certification program and web tool."

As of May 2016, RIAA had certified 85 products from 30 different fund managers, and O'Connor sees more on the way. "There's been a doubling of funds flowing into the ethical end of the market over the past two years, and over the same period 35 funds have divested from tobacco," O'Connor says.

For an entire super fund to qualify for RIAA certification, the following criteria must be met:

For individual super products offered by a super fund provider, the RIAA criteria are similar:

RIAA-certified funds or products have to prove to a verification panel that they still meet the criteria every two years in order to qualify for a renewal of their certification. RIAA also spot checks 5 to 10% of certified funds a year. O'Connor acknowledges that it's not a completely airtight methodology but maintains ethical greenwashing is rare in the investment sector.

"There's probably a gold standard that we'd like to get to in five years or so, but I don't see a lot of funds marketing themselves as ethical that don't have some form of negative screening," O'Connor says.

Ethical greenwashing – what to watch out for

Exaggerated claims – Super funds may try to come across as ethical in their language and marketing, but you need to ask: just how much of the funds entire holdings and product offerings are ethical?

Misleading language – A super fund may use the term "green" when it's not relevant to the holdings in the fund, such as tobacco or munitions. The investments may leave a light environmental footprint, but they wouldn't pass as ethical by most people's definition.

The old bamboozle – A super fund may say its "CFC-free", for instance, and it may be true. But it's a fairly modest claim: CFCs (chlorofluorocarbons) have been banned for over 20 years.

RIAA is certainly helping improve transparency in the ethical super sector, but it can still be hard to suss out the ethical profile of a RIAA-certified fund because the fund managers often work for different investment firms.

In the case of SunSuper's Ethical, Environmental and Socially Responsible Option, for instance, you have to track down the fund manager AMP Capital's PDS. With Good Super, five different fund managers will be looking after your money, each of which has a slightly different ethical profile.

In short, there are a lot of variables that make comparing like for like a tall order. And it's important to remember than many ethical funds and products don't divest completely from areas they deem unethical. Unsavoury areas like alcohol, weapons, gambling, pornography, tobacco or uranium are still fair game as long as they don't make up too much of a company's revenue stream (the cut-off generally ranges from 10% to 20%).

If you're thinking of starting a self-managed super fund, or SMSF, start with our Guide to DIY super.

Will your non-ethical assets end up stranded?

Some say that divesting from dirty fuels like coal is a good move regardless of how you feel about the planet or other people.  In 2014, the Australia Institute released a report that argued that carbon-emitting companies and their financial backers will inevitably see their share prices drop as they're forced to comply with tougher emissions standards and leave materials they currently count as assets in the ground.

The phenomenon has come to be known as "stranded assets", and it basically means corporations haven't factored climate change into their balance sheets. Fossil fuels that are still in the ground are counted as assets, even though the corporations may not be able to mine all of them. So, taking climate change into account, the company may look more attractive to investors than it really is.

The table below outlines average returns for super products certified by RIAA and details which areas of investment are screened out. By way of comparison, the median return for all 'balanced option' super funds (usually the default option and therefore where most Australians have their money) in 2015 was 5.6%. In the five years to 31 December 2015, the median return for the balanced option was 7.9% per year.

*Due to the complexity of the respective screening processes, these give a good indication of the company's ethical profiles but are not complete lists.