In the dark on interest-free deals

Be wary of interest-free finance offers – they could cost more than you expect. 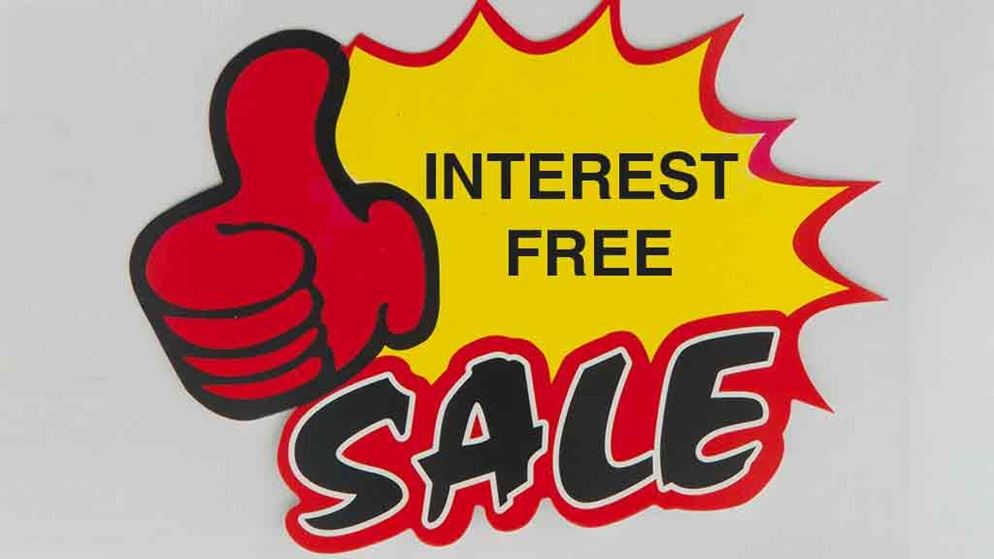 Sorry, but don't get your hopes up about in-store interest-free finance offers. They might sound tempting when you're itching to get yourself that big shiny new TV and you don't have the cash to buy it outright, but CHOICE research shows these deals are rarely as good as they sound – and often far from "free".

Sure, you won't pay interest if you pay everything off within the interest-free period, but you could end up paying hundreds of dollars for charges such as establishment and monthly administration fees. And if you don't pay everything off in the interest-free period, you could face steep interest rates on the outstanding debt – rates of about 30% are not uncommon.

In 2011 CHOICE looked at flexible payment offers from six major retailers and sent a CHOICE shadow shopper to see how the offers were handled in store.

To obtain an interest-free deal, you generally have to apply for a credit or store card, which can come with hefty annual fees and high interest. Application and monthly fees can also be tacked on.

The point of sale palm-off

CHOICE believes that a regulatory loophole means consumers aren't getting adequate information about financial products at point of sale. Retailers are currently exempt from some important licensing requirements imposed on the credit providers whose products they represent.

An Australian Securities and Investments Commission spokesperson told CHOICE: "The obligation to disclose certain information falls legally on the credit provider, not the point of sale representative working for a retailer. In a practical sense, however, the retailer may, and often does, gather information, distribute and generate documents and get the customer's signature, as the credit provider's representative, at the point of sale."

The spokesperson confirmed that the credit provider is allowed under current legislation to pass disclosure duties onto the retailer, adding that "disclosure of fees and charges is usually made by way of the financial table which is contained in a copy of the credit contract given to customers before entering the contract". ASIC offers further advice on interest-free finance to shoppers here.

However, none of the stores offered a credit contract or financial table to our shopper. In one store, our shopper asked about this documentation and was told it was only available online. We view this as a potential breach of the National Consumer Credit Protection Act.

The exemption for retailers is a trap that can lead to consumers being misinformed about the credit deals they are signing up for.

However, CHOICE welcomes a change to disclosure requirements that should make shoppers better informed. In July 2012, it was ruled that all credit card applicants including those applying in store are to receive a mandatory key fact sheet outlining interest rates, fees and charges.