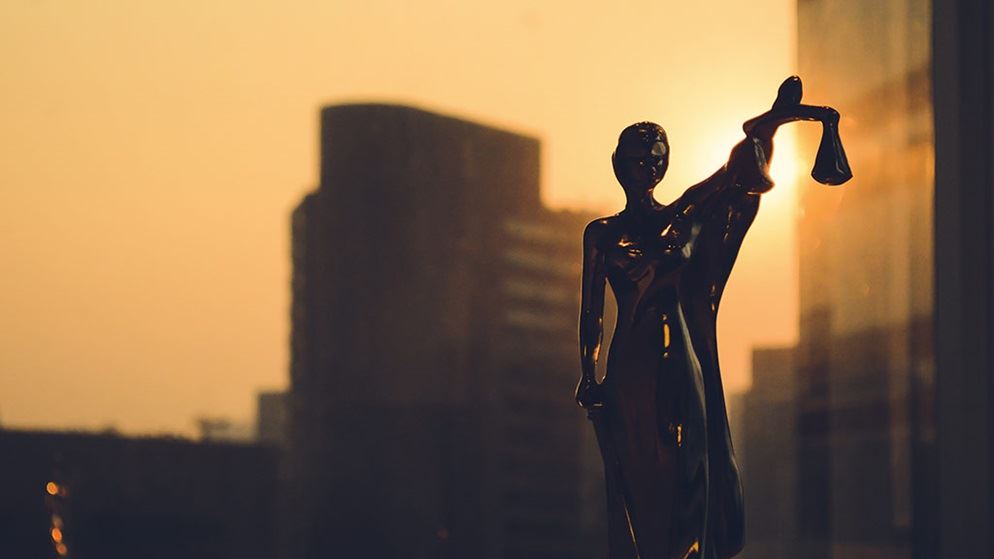 Companies are quite regularly given financial penalties for breaching the Australian Consumer Law (ACL). This is a good thing – the Australian Competition and Consumer Commission (ACCC) is exercising its powers to crack down on businesses doing the wrong thing and setting an example of what won't be tolerated.

But are the penalties imposed for breaches of the ACL sufficient to actually deter businesses from doing the wrong thing in the first place?

ACCC chairman, Rod Sims, certainly doesn't think so. In a speech delivered in 2015, he commented publicly on the maximum penalties available under the law, saying they weren't always enough to deter businesses.

"We will be continuing to advocate for the courts to impose penalties of appropriate deterrent value in each case. Penalties should not be seen as simply another cost of doing business. They need to be at a level which achieves both specific and general deterrence," said Sims.

The maximum penalty available for each breach of the ACL is $1.1 million for a body corporate (and $220,000 for an individual) – far less than the maximum $10m for a body corporate that breaches the competition section of the Consumer and Competition Act 2010, which the ACL belongs to. And some breaches, such as misleading and deceptive conduct, as well as unfair contract provisions, carry no financial penalty at all.

CHOICE has been calling for higher penalties for businesses that breach the ACL. Find out what we're asking for as part of the Australian Consumer Law Review.

Businesses that break the law

Each year, the ACCC receives around 200,000 enquiries and complaints, of which it investigates over 500 and takes around 30 to 40 to court.

In addition to court proceedings, the ACCC can issue infringement notices – an enforcement tool it uses when it has reasonable grounds to believe the law has been breached but thinks the conduct is relatively minor or less serious than other offences. The penalty amount associated with an infringement notice is considerably less – a maximum of $10,800 for a corporation or up to $108,000 for a listed corporation. For the 12 months to March 2016, the ACCC received payment for 35 infringement notices, worth a total of $370,400. And since the introduction of the ACL, 202 infringement notices have been paid, totalling around $2.1m.

While the payment of an infringement notice is not evidence a business or person has breached the ACL, the ACCC will usually only use this where it thinks it is likely to see a result in court should the business not pay.

So are businesses being deterred?

In many cases, it would appear not.

In one particular example, when it comes to 'free range' egg labelling, the penalties imposed don't seem to be a deterrent. Since 2011, five penalties (and another in the pipeline) have been handed out to egg producers for selling eggs labelled as 'free range' that were, in fact, not. To date, the penalties have ranged from $50,000 to $300,000 and have totalled $950,000. In comparison, according to our calculations Australian consumers paid an extra $29.8m for the 213 million eggs sold in 2014 as 'free range' that didn't meet their expectations.

Determining the amount of a monetary penalty isn't an exact science. But in order for a penalty to be an effective deterrent, economic logic would suggest it needs to be larger than the potential gains from the illegal conduct.

This logic is also often iterated in the courts. In the case between the ACCC and TPG, a Full Court case heard by four justices in the Federal Court, it was argued that a penalty "must be fixed with a view to ensuring that the penalty is not such as to be regarded by [the] offender or others as an acceptable cost of doing business…[T]hose engaged in trade and commerce must be deterred from the cynical calculation involved in weighing up the risk of penalty against the profits to be made from contravention".

However, penalties aren't necessarily set based on the amount of profit made from the unlawful behaviour.

For example, take Pirovic Enterprises, hit with a $300,000 penalty for the approximately 3.2m cartons of eggs which were sold labelled as free range (but weren't) in the two years between 2012 and 2014. The company is estimated to have made around $759,200 in profits by selling those eggs in the financial years 2011-13 – more than twice the amount they were penalised. Admittedly, Pirovic may have been able to make a portion of those profits had it labelled the eggs correctly, but as they didn't it's impossible to know just how much that would have been.

Pocket change for Coles and Nurofen

When it comes to big business, the gap between penalties and profits grows even larger. Coles, for example, was ordered to pay a $2.5m penalty (for four contraventions of the ACL) when it made claims about its par-baked bread being "baked today, sold today" along with other similar slogans. However the penalty only equated to about a third of the profit Coles made from the misleading claims, which was around $7.28m. Comparing the penalty to the entire Coles Group's profits – $2.44 billion after tax in 2015 – makes it seem like a drop in the ocean. The Coles Group would have earned enough profits in less than half a day to pay the penalty.

And then there's the $1.7m penalty awarded to Reckitt Benckiser for misleading consumers with its Nurofen 'targeted pain' products between 2011 and 2015. The products, contrary to what the label would have had you believe, didn't actually target specific types of pain such as back pain and period pain. The Federal Court found that over four years, the total revenue from the sale of 5.9m packs was $45m. In terms of profit, no exact figure was given, but the court conceded it would have been many millions.

The Coles Group would have earned enough profits in less than half a day to pay the $2.5m penalty.

Funnily enough, Reckitt Benckiser claimed it made no money from the practice – which is unlikely, as Nurofen's specific pain products carried a much higher price tag than their standard painkillers. When we examined the painkiller market in 2014, we found an average mark-up of about $6 on targeted pain products (which contain 342mg of ibuprofen lysine, equivalent to 200mg ibuprofen), compared with regular Nurofen caplets (which contain 200mg ibuprofen).

Again, the $1.7m penalty is small in relation to the size of Reckitt Benckiser's profit after tax, which in 2015 was around AU$3.23b (£1,745m). The company would have effectively paid for the fine within five hours of it being issued.

Monetary penalties for breaches of the ACL are decided by a Federal Court judge (although the ACCC and the business in question are able to have input on what they believe the penalty should be).

In setting the amount, the judge is required to take into account:

There are a range of other factors the judge may also take into consideration, such as the size of the company, whether or not it intended to profit from the practice and – if it did profit – how much it gained.

The ACCC's power to call for financial penalties for civil breaches of the ACL is relatively new, coming in around the same time the ACL did. It's a tool the ACCC uses quite a lot to prosecute breaches, says associate professor at the University of Melbourne and consumer law expert Jeannie Paterson. However, it's not the only weapon it has.

The ACCC may also go after specific individuals, making them liable, or if the matter is particularly serious, it can seek orders to have someone disqualified from managing a company. The other tool in the kit, which may result in the most obvious benefits to consumers, is the ability to seek compensation for those who've suffered detriment – although this hasn't been too commonly utilised.

One successful case was in 2014 when Reebok Australia came under fire for the promotion of its EasyTone shoes. Reebok Australia claimed the shoes would increase the strength and muscle tone of calves, thighs and buttocks more so than wearing ordinary walking shoes. Enforcement action had already been taken against Reebok in the United States over similar claims, but Reebok Australia kept on. The Federal Court imposed a $350,000 penalty, in addition to ordering Reebok to refund $35 per pair to consumers who'd bought the shoes.

CHOICE believes that the maximum $1.1m penalty available for each breach of the ACL isn't enough. Paterson says there are a number of possibilities for reform, although it's a bit more complicated than simply increasing the amount.

"You could just increase the penalty, or you could make it a percentage of the profit of the company," she says.

Another option is to reconsider how contraventions of the ACL are counted, as each contravention makes the body corporate potentially liable for another $1.1m. There currently isn't much guidance on how to count contraventions, says Paterson. Take the Nurofen case, for example: should all 5.9m packages with the misleading information be treated as one contravention, or is each type of specific pain product a contravention?