Should consumers demand better protections when it comes to product recalls? 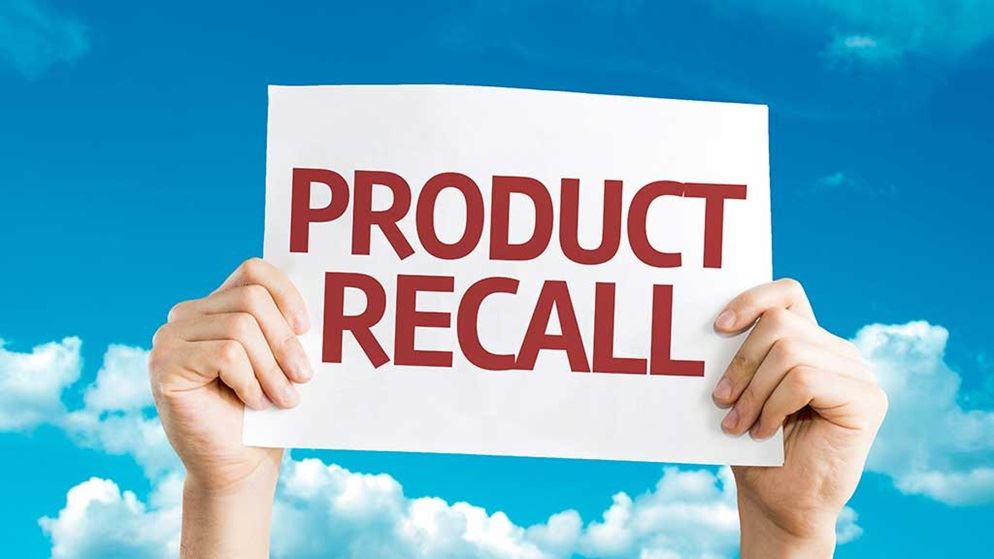 When a product is recalled in Australia, on average only around half the products will be returned to the company. Which means there's a lot of faulty, and potentially dangerous, products that continue to live on in consumers' kitchens, laundries, garages and children's toy boxes.

And even though Australia has world-leading recall processes, companies are under no requirement to ensure all faulty products are returned. So should we be demanding more of companies to ensure defective products are removed from the community?

Defective products aren't just an inconvenience; they have the potential to kill.

For example, there's the 4000 kilometres of substandard electrical cables installed in up to 40,000 homes across Australia between 2010 and August 2013. The cables, sourced from the now defunct Infinity Cable Company, are a ticking time bomb. They have poor-quality plastic insulation, which is expected to become prematurely brittle in 2016, and if disturbed could electrocute someone or cause a house fire.

Then there's Samsung's recall of 144,000 washing machines due to their potential fire risk. In early 2015, Emma Jordan's newly built house was badly damaged when her Samsung washing machine caught alight. Prior to the incident, she hadn't heard anything about the recall. Yet more than 200 fires and other incidents have occurred since 2013 as a result of Samsung's washing machines, according to the office of the NSW minister for Fair Trading. With many more machines at large, the incidents may continue if they aren't repaired.

The list of recalled products goes on. In November 2015 alone, there were 56 product recalls across Australia, from ginger marmalade with glass fragments, to models of the Nutriblend and NutriInfusion which may have the potential to cause a fire if spilled liquid enters internal parts of the blender. In 2014, there were just over 500 recalls nationwide.

What's the responsibility of a company to the consumer?

Thankfully, there are systems in place that ensure the majority of products sold on the market are safe. But product recalls will happen, and when they do, you'd probably expect that there are robust processes requiring companies do everything within their powers to remove the products from consumers' homes.

But it may surprise you to learn there isn't much onus on suppliers to make sure their product recalls are effective. In fact, there's no recall standard in Australia that suppliers or companies need to adhere to, and there are no benchmarks that a recall process needs to meet.

To put things in perspective, Samsung spent around $13.5 billion globally on advertising and sales promotion in 2014. Samsung wouldn't disclose how much it has spent on its washing machine recall so far, but it appears to be more cautious about where it spreads the word. For example, while Samsung has run a recall campaign across print, online and radio, it stopped short of a TV ad – an advertising medium it's not been shy in using to promote its products.

Australian recall guidelines exist, but they're not mandatory and suppliers don't necessarily comply. In fact, the minimum requirements for a product recall can pretty well be met by notifying the Commonwealth minister for consumer affairs, issuing a recall notice and hoping consumers hear the message.

The good news is that if the regulator responsible for overseeing the recall, such as the ACCC or local fair trading agency, deems that the supplier hasn't taken sufficient action, it can intervene. But Steve Hather, an expert in the field and co-author of the international standard on product recalls (ISO 10393:2013), told CHOICE that while regulators have the "power to force companies to conduct recalls and can dictate how that recall should be conducted, the reality is this rarely happens".

There's no recall standard in Australia that suppliers or companies need to adhere to, and there are no benchmarks that a recall process needs to meet.

Nevertheless, Australia's product recall system is regarded as one of the best in the world, alongside those of New Zealand, the United States, Canada and the European Union, says Hather. There's a strong regulatory environment in Australia that requires companies to take action if there's an issue of consumer safety, which puts Australia in good stead internationally, he says. It also looks likely that we'll adopt the international standard on consumer product recalls, which Hather argues would provide for more robust protocols.

But as it stands, there's room for improvement.

How effective are product recalls?

The ultimate goal of a recall is to retrieve as many of the shoddy products from consumers and the marketplace as possible. However, the retrieval rates of many recalled products can be low, and average out at around 56%.

Take for example the recall of over 400,000 electric blankets which began in 2010. Despite the blankets posing fire and electrocution risks, as of April 2015 only 12% had been returned. Or look at Samsung's washing machine recall which began in 2013. By November 2015 only 65% of the machines had been repaired, refunded or replaced - and this figure was boosted significantly through the intervention of the ACCC and CHOICE. Back in July, Hather believed Samsung had done more than many companies would and that its retrieval rate wasn't bad. Since then, he's come out saying Samsung's recall strategy seems to be fundamentally flawed and that it appears to be more of public relations exercise than one of public safety. So the question remains, with over 47,000 machines still in consumers' homes, should we be demanding more?

Why are some recalls more effective than others?

Return rates can vary widely and ACCC data suggests that while return rates are usually above 50%, they can be as low as 5.3%. So why are some recalls more effective than others?

In part, it depends on the type of product being recalled and how much it's worth. But other factors – such as how dangerous it is, how easily it can be returned or fixed, and how well the recall is communicated  – also play a role.

Communicating a recall to consumers

The key to an effective recall hinges on how well it's communicated to consumers. And once a product is on the market, getting it back is no easy task. There are requirements on how the recall notice should look and what needs to be included under Australian Consumer Law, but the law doesn't extend to how the company should advertise or communicate the recall.

Direct contact with consumers, rather than newspaper announcements and the like, is by far the most effective means of getting in touch. To do this, ownership needs to be traced. Major retailers can often access this sort of information through warranty registrations, or even loyalty programs. Another option, though with potential privacy implications, would be to access customers' details through credit and debit card sales' records.

If product makers are serious about getting the message out, why not amplify it on television?

"I think there is still a view in Australia that sticking an ad in a newspaper is all that is needed," he says. "This is the least effective means of communicating". It's a similar finding to that of the ACCC in its review of the product recall system back in 2010. The research found that newspaper advertising alone was not sufficient.

Social media can be effective but it's something that few brands use, according to Hather. And if product makers are serious about getting the message out, why not amplify it on television?

In most cases, the company supplying the defective goods is responsible for administering the recall. A supplier may not mind spending big to spread a positive message about its product, but does it really want to pay a lot to spread a negative one?

"Many companies will want the least amount of publicity as possible about a recall," says Hather, who's been involved with the prevention and management of dozens of product recalls. Some companies try to bury the recall message on their website, he says, which flies in the face of ACCC guidelines suggesting brands should display the recall notice prominently on their homepage.

There are not a whole lot of consequences that would make companies tremble in fear at the thought of having to recall a product. A company may be liable for any injuries, deaths or damages as a result of its faulty product. However, it won't be fined simply because its product has to be recalled unless a mandatory safety standard was breached, the product was banned, or the company fails to notify the Commonwealth minister for consumer affairs within two days of becoming aware that a person suffered serious injury, illness or death as a result of using its product.

Perhaps the biggest consequence for a brand is the cost associated with a recall – the direct costs and those to its reputation. Patties, following its frozen berry recall, estimated a $1.5 million loss in earnings. However, the costs incurred by suppliers isn't information that is routinely reported to the ACCC and, depending on the product, the costs can vary.

If the recall turns into a crisis, the costs can be large. For instance, when GlaxoSmithKline received a threat of intentional contamination of its Panadol products back in 2000, which required a recall of Panadol products from shelves nationally, it cost the business around $100m.

What are your rights to a refund with a product recall?

Are consumers entitled to a refund if a product they've bought is recalled? Once again, the answers are vague. The ACCC says on its recalls website, that "a right to a refund is a complex issue in law and the ACCC is not able to provide legal advice". It recommends looking at the consumer guarantees section of Australian Consumer Law (ACL).

Companies can decide what remedy they offer consumers when recalling a product as long as it fixes the problem, but that latitude doesn't diminish their obligations under the ACL. Under the ACL, if the problem constitutes a major product failure, the consumer has the right to choose between a refund or a replacement. An unsafe product, according to the ACCC, constitutes a major failure.

What's the best way to find out about product recalls?

If you want to stay on top of which products have proven unfit for the marketplace, sign up for recall updates from the ACCC's product recalls website. The ACCC also has a smartphone app which provides up-to-date information on product recalls.