The NBN promises a better internet experience, but the results of our survey show not all NBN connections are created equal. 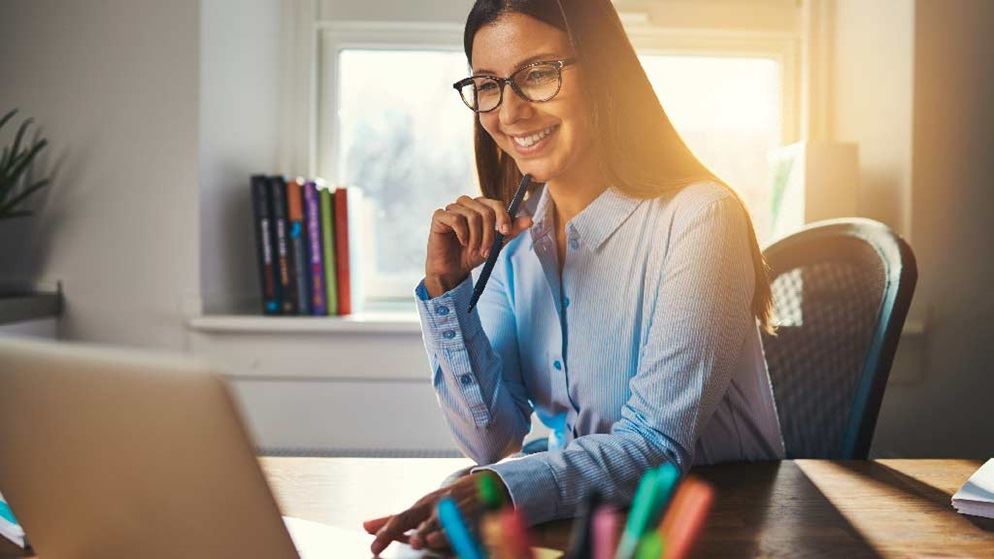 Does the NBN deliver on its promise?

The national broadband network (NBN) has around one million users with fibre, copper, wireless or satellite connection. We surveyed some early customers of the national broadband network to find out how Australia's NBN is performing so far. We asked people about their experiences connecting to the network, if it's faster than their previous connection and if it's meeting their internet needs.

If you have more questions about the NBN, read our NBN Q & A or see our NBN rollout update for the latest on the network.

How did you hear about the NBN?

We asked people who are on the new network how they became aware of the NBN and who communicated with them about the need to shift to it. It seems that people get their information from more than one source including their ISP and the Nbn™ company itself. Almost half received a flyer in their letterbox while 35% looked up information on the Nbn™ website.

Were you prepared for the switch?

Of all respondents, around a third were certain and 66% were well aware of the new equipment that would be needed. When it came to knowing the finer details, 60% had a high awareness of the need for a new modem and the configuration settings. In terms of costs, 68% had a good idea about the cost for new devices; 73% had a clear idea about ISP contracts and the cost of moving to the NBN.

How is your speed?

When it comes to hard numbers, 64% of respondents gave them, having run a speed test at least once. Their reported figures are given for each connection type on this page and the next.

Does the NBN meet your needs?

When it comes to gauging their future broadband needs, respondents were less enthusiastic about their NBN connection. Around 65% of FTTP customers think the NBN will meet their future needs, whereas 37% of FTTN and 46% of wireless respondents think it will be sufficient.

Why aren't your NBN broadband needs being met?

For those people who said the NBN didn't meet their needs, we asked them why.

"We have a capped allowance per month and we use it all well before the month is up. It is so slow and frustrating."

"I live 800m from the NBN tower and can only achieve 10Mbps on a 25Mbps plan – I achieved this on ADSL. Technical support is restricted to the seller of my plan; you cannot deal direct with Nbn™."

"To get faster broadband I would have to pay a lot more than I can afford."

"The main factor is disappointment with the speed of uploads and downloads, although they are a really big increase."

"The advertised speed of the plan sold to us by Telstra is 25Mbps. We get speeds much less than that most of the time and when we complained to Telstra we were advised that any speed up to half of the 25Mbps is acceptable. When we complained to the Ombudsman about the speed, Telstra did get back to us and the speed eventually reached 24Mbps at times. Telstra then rang a day or so later and asked if we were now satisfied with the speed. We said 'Yes'. Almost immediately the speeds went back to the slow speeds we complained about."

We asked respondents about their overall experiences connecting to and using their NBN broadband service.

The experience of respondents with satellite varied. Some have found the interim satellite service to be a vast improvement, while others have a poor connection with speeds not much better than dial-up internet.

"The interim satellite service for us was a revelation compared to dial up. Yes it is expensive and data allowances are small but it's heaps better than what we had. I am hoping that the new Skymuster satellite will be even better. That said I would be happy with ADSL2."

"The satellite was grossly oversubscribed and the ISP has not been helpful. I am convinced that the ISP picks up on speed tests and modifies the connection when it is detected."

Respondents with fixed wireless found some installation problems such as confusion about the need for a back-up battery and some hiccups with phone connection and fax lines. Many have found it a better service for less money than using mobile broadband, although some have reported connection issues and drop-outs.

"I was not made aware of the cost of upgrading to higher speeds, the loss of phone service during NBN outages, costs of maintaining a copper line for a separate phone line to meet emergency medical requirements, variability in wireless signal due to atmospheric interference (storms, rain, etc)."

"Occasional equipment drop-outs are annoying. Some are due to wall unit or modem problems, some due to cable or wireless transmitter problems. If the equipment is down we have no telephone service so have been forced to buy a smartphone for emergencies."

Respondents with an FTTP connection reported some issues with installation such as difficulties with the terrain and problems getting equipment put into their preferred location. There was also confusion about the need for an additional battery, in-house wiring and changes to phone connections. And there were some issues liaising between the telco and Nbn™ itself about initial connection or faults. In most cases, speeds closely match the plan speed.

"I've currently got a 25/5Mbps deal with Internode. Whilst I could get a higher performance deal, this meets our current needs, though it is reassuring that we could jump to a higher level if the need were to arise. … Our connection is relatively closely met with 23.8/4.8Mbps real-world situation. We are happy customers."

"Customers are not given enough information about the fact that they will lose all external communication delivered by the NBN if the power goes off, unless they have an operational backup battery."

Respondents with FTTN had mixed experiences when connecting to their new NBN service, with many complaining about confusion and insufficient information from the ISP and the telco about the location of equipment, timing of switchover, home alarm system, new equipment needed and technical issues getting the new service live.

Some respondents report getting speeds close to the claimed plan speed, while others have found the speeds highly variable with regular but unexplained disconnections and interruptions.

"My ISP, iiNet, appears to have insufficient capacity in the Newcastle area, which probably accounts for the low download speeds with quite regular non-access to the internet and frequent need to 'refresh' my modem to ensure I have access when turning on the computer or wanting to use the landline telephone."

"Because 'Fraudband', as I call FTTN, relies on the old copper wires of an outdated system, since connecting in late December we have had continuing loss of service due to the line dropping out. We have advised Telstra who passed the complaint onto Nbn™. I have seen three different technicians: one said he could find no fault, one found a corroded connnection, and one said that it was due to congestion on the line."

"It is impossible to know what is really going on with FTTN. I had two weeks of being unable to download and connection issues, now I just have incredibly changing speed times. Overall I am very unhappy with the inconsistency of speeds and ability to fix any problems associated with this supposed wonderful new network."

"The technicians did a good job finding the right place to put the boxes both internal and external … However, at times the whole internet and phone service will just stop working for an hour or more. This has happened about four times since we had the NBN installed last year. I don't know why it has happened. I just check the system and wait till it recovers."

Many of the respondents with FTTB found the installation and set-up took longer than they expected and found it somewhat hard getting information from their internet provider and Nbn™ itself.  Service-wise there are mixed reports with some users claiming speed improvements and others claiming drop-outs and slower speeds.

"The lack of information pre-installation was pathetic. All that was originally advised was that NBN would install a box on an outside garage wall. The installer put one NBN box on the outside wall, a second box and a Bigpond box adjacent to it on the inside of the garage, and then hooked up my 240V extension cord to the nearest available power point – which happens to be about 5m away diagonally across the garage. Very poor information supplied about what was required."

"Since the Telstra NBN connection was installed three months ago, my internet connection has dropped out many times, far worse than when it was just the ADSL2+. One evening recently the NBN connection failed altogether. These incidents are most annoying, and do not give me confidence that either Telstra or NBN can deliver the cyber revolution we have been promised. The ACT has had cable to the premises broadband service by TransACT for many years before NBN; when I was living there I never had any problems or reason to complain."

A total of 305 respondents to our survey were connected to the NBN.